After the disastrous collapse of the bridge this summer, the clearing of the rubble begins to make way for a replacement – which is to be completed by next Christmas. 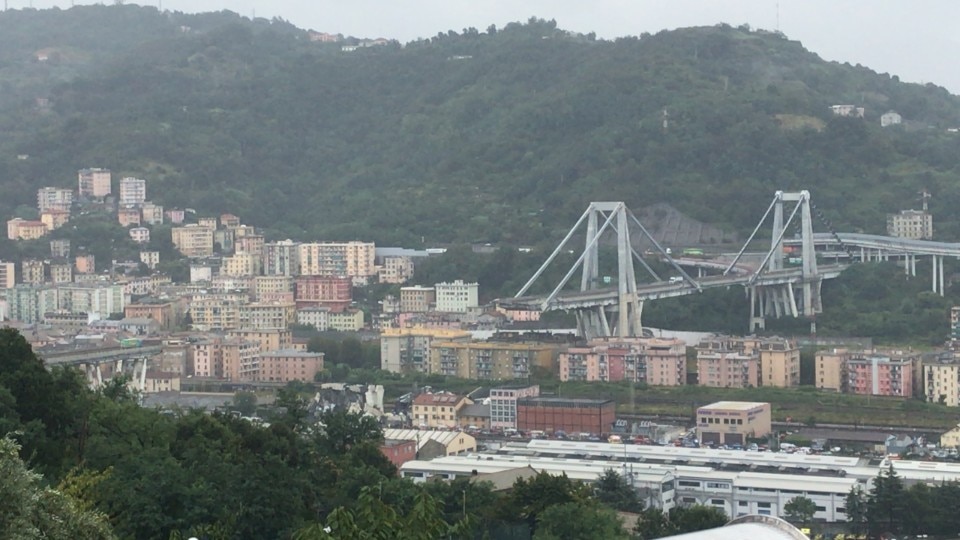 Update 8 February: The demolition of the stump begins today, following a ceremony attended by the mayor and transport minister of of Genoa.

Mayor Marco Bucci made the announcement during Genoa's Memorial Day, saying: "The pieces are already coming down from the bridge."

"I think the whole city will see the event – it will be a good moment and it will also be an opportunity to say that things are moving forward."

On 18 December, Genoa's mayor and commissioner for the reconstruction of Ponte Morandi – Marco Bucci – will reveal the architect entrusted with reconstructing the bridge.

“Tomorrow evening at 4pm, you’ll have the decision on who will rebuild the bridge,” he announced today.

For now, there are two opposing proposals: one by Renzo Piano wuith the construction company Fincantieri-Salini Impregilo-Italferr, and the other by Santiago Calatrava and the Cimolai group.

Read also: From the archives the original report on the Morandi viaduct

The  idea of Commissioner Bucci  would be to unite the two projects, but it seems an architecturally inadmissible proposal: how can you combine two personalities and two styles so different?

It was therefore thought that Calatrava could make the bridge and Piano the urban park designed to revive the space that will surround the bridge over the river Polcevera.

The ideas of both architects is to design a sober project, respecting the tragedy that took place on 14 August and which caused the death of 43 people and the injury of at least 14.

Demolition work begain ahead of the announcement of the replacement scheme on 15 December.

These works will have to be carried out quickly because, whatever the chosen project will be, “the idea is to start building on March 31st 2019”, explains Bucci, who declares: "we will surely have the bridge for next Christmas".