Venice. Stone steps instead of glass for a Calatrava bridge

The change of material is due to too many slips of bystanders. The various anti-slip paints proved inefficient. 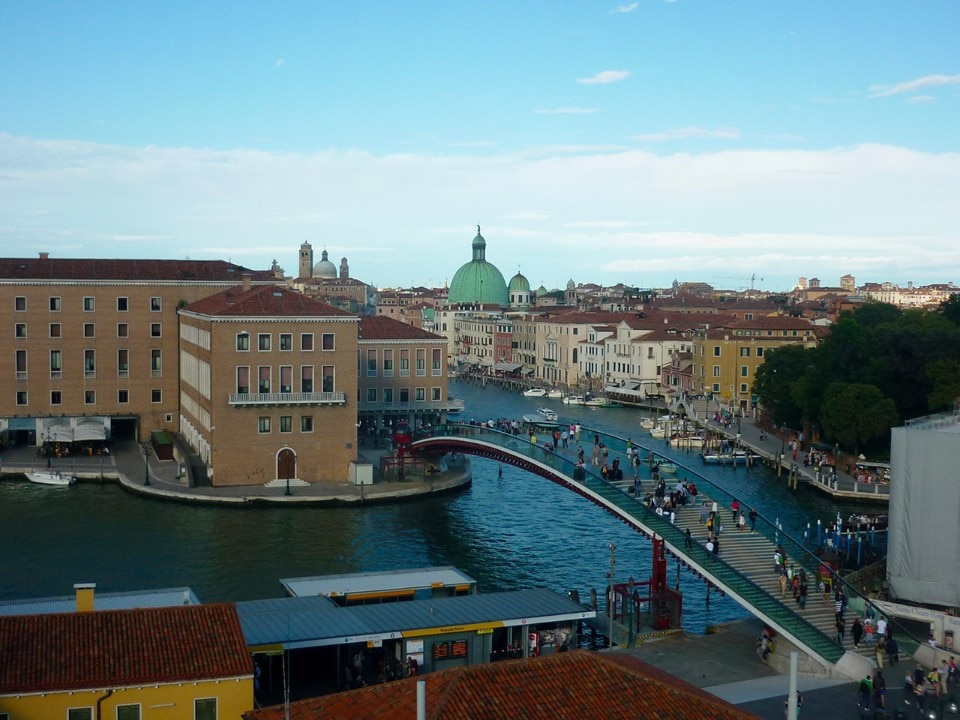 Too many compensations. Many people in the last ten years have slipped on the steps of the “Ponte della Costituzione”, designed by Calatrava. So the City of Venice, faced with requests for continuous disbursements caused by the accidents of passers on the connection, it was forced to change the original project as established by the architect. Sixteen glass plates will be replaced with the same number of trachyte, a gray rock present in the nearby Euganean Hills. Nothing to do with the refined glass: neither as a material nor as an impact on the eye. The bridge, familiarly called “Ponte di Calatrava” (Calatrava’s bridge), is 90 meters, and is the fourth passage on the “Canale Grande”. It connects Piazzale Roma to the Venice of the thousand wonders that tourists and inhabitants know well. It was opened in 2008, about twenty years after its design. In Bilbao, the same problem was resolved with a rubber carpet, (fortunately) the City of Venice has not dared so much. Various solutions sought over the years: anti-slip paint, corrugation of the surface, bush hammering. In the end Venice decided to replace the steps, some assure that the aesthetic profile will not change, but everyone has clear the difference between glass and stone. The glass steps, however, are not only slippery but also need an important maintenance: over the years 50 plates have been changed. The Calatrava bridge, moreover, was born among the controversy and continues to be the result of controversy: it costed 11.7 million instead of 6.7, at the beginning did not guarantee access to disabled people, and in winter it is difficult to practice if there is ice or snow. Moreover this bridge is, for many, esthetically unsuitable in Venice.