Inspired by the relationship between street and architecture, Pianoterra is a meeting place located at the ground floor of LAN's architecture studio in Paris, in the 11th arrondissement, where materials and chromatic details recall the French city. 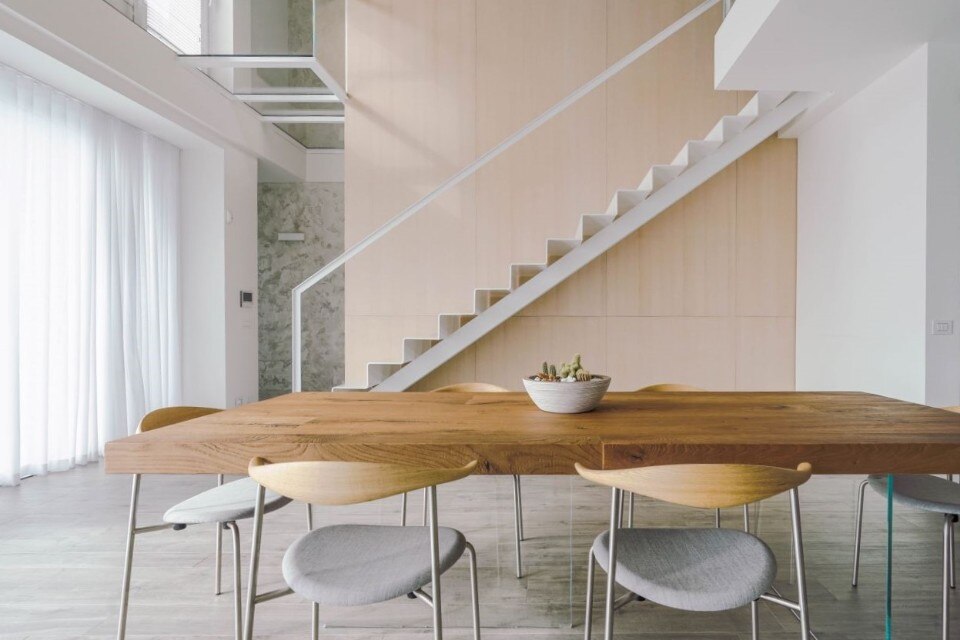 LAN, the architectural firm founded by Benoit Jallon and Umberto Napolitano, has opened an Italian restaurant at the groundfloor of its studio in Paris. Located in rue Popincourt, in the 11th arrondissement, right where the studio has its office, Pianoterra refers to the relation between street and architecture and aims to bring one into the other, and vice versa. The restaurant, which offers a Sicilian menu, opens up to the city as a sharing place.

Inside, the white walls – decorated with stuccoes of white Paris stone – and the pastel tone of indigo cement, finished with the zinc colour of the French city’s roofs, divide the space horizontally, welcoming wooden furnishings and Thonet chairs. A patinated mirror reflects a striped slate counter and on the outside the façade, occupying the entire height of the wall facing the street, is painted with the same shade used inside.

The project is completed by a selection of books, photographs and architectural drawings by Alvaro Siza, Philippe Rahm, Lina Ghotmeh, Tham & Videgård and Cyrille Weiner.

Read also: A bit of Tel Aviv in Paris