“We are still outsiders,” Umberto Napolitano of LAN

As the Parisian studio takes on the redesign of the Grand Palais, co-founder Umberto talks to Domus about tackling challenges of new scales, whether it is necessary to reconstruct Notre Dame and still feeling like an “outsider” after almost 20 years of practice. 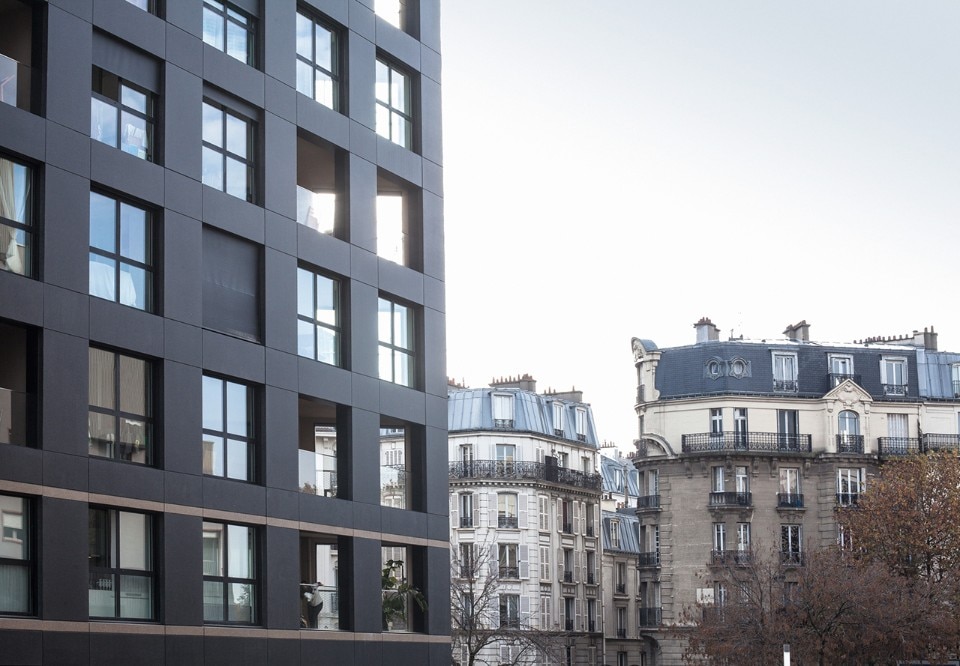 “The urban objects by Benoît Jallon and Umberto Napolitano are invulnerable monoliths, which adhere to the ideas of Rossi (...) according to which architecture and the city are inseparable”. With this statement, Alexandre Labasse, the director of the Pavillion de l’Arsenal in Paris, sums up two of the fundamental aspects of the work of LAN - Local Architecture Network. Since its foundation in 2002, the Paris-based studio run by Napolitano and Jallon has been examining both “the life of form beyond functionalism” and the relationship that this form, the monolith, has with the city.

Thus, over the last fifteen years, the projects by LAN – from a residence for students in Paris (2001-2011) to the 79 homes in Bègles (2009 2015), from the EDF archive center in Bure (2008-2011) to the gym and public plaza in Chelles (2008-2012) – have proposed an alternative way of constructing the urban landscape in France (and beyond), refusing the logic of bringing together self-referential objects and languages and underlining the essential bond between contemporary architecture and the historical continuum of the city.

The large-scale exhibition Paris-Haussmann. Modèle de ville, curated by Franck Boutté in 2017 at the Pavillon de l’Arsenal, as well as their work in the academic field (Napolitano teaches at the AA School of Architecture in London) demonstrate LAN’s desire to support its professional activities with reasoned theoretical reflection.

From the new offices in the 11th district of Paris, Umberto Napolitano speaks to Domus about a crucial moment in the growth of LAN, which is currently experiencing a change in scale in its designs (for example in Nantes, with the coordination of the Polaris district), new types (such as in Strasbourg, where the construction of the Le Maillon Theatre is under way) and new levels of media attention (with the very special assigning of the restructuring project for the Grand Palais).

First of all, a very topical question. On 25 April you were one of four experts invited to the Pompidou Centre to reflect on the future of Nôtre Dame. What is your point of view?

I am rather worried about the direction in which the debate is moving. The very strong reaction to the fire is undoubtedly related to the enormous symbolic value of Nôtre Dame (as a religious symbol, an urban icon, etc...), but also to the state of very strong “urban emotionality” which has been generated in Paris by a series of tragic and destructive events, beginning with the terrorist attacks in 2015.

Furthermore, the need to intervene, to re-design one of the most important monuments in the country, re-kindles a series of questions on national identity. What image do we want to give to France through actions on its patrimoine, its constructed heritage?

In my opinion, we need to move away from ideas of urgency and take on the matter from a more analytical point of view. In this moment, the debate should be on the actual need for reconstruction, more than the shape it may take. Is it really necessary to reconstruct the spire? Will its reconstruction really help to express its memory better than its absence?

In 2014, you won the competition for the restoration of another important Parisian landmark, the Grand Palais. How are you taking on this project, which is exception in terms of scale, value of the building on which you are working, and media attention?

For years, we have been reflecting on the idea of a form which could go beyond the purpose for which it was constructed, a form which is not the state of a moment, but rather a movement. The Grand Palais is an example of this independence, this resilience in form. Over time, it has served the widest possible range of functions (the motor show, a wartime hospital, horse races, offices) modifying its spaces without substantially changing its fundamental intelligence.

First of all, we presented the jury with an interpretation of the form of the Grand Palais, which in reality is conceived as a “city” (because its three architects first of all agreed on its system of distribution, the “roads”) and it is already characterised with that wealth of incidental spaces (more than 40, each one different, independent but at the same time connected and open to unification) which many other contemporary museums try to recreate, from the Louisiana Museum of Modern Art in Copenhagen, to the Musée du Quai Branly in Paris, and the Louvre Abu Dhabi. The reading of these spaces and their optimisation for contemporary use is, in fact, our project for the Grand Palais.

Your residential building in the Batignolles district of Paris (2014) is also an expression of this reflection on autonomy of form, but within an ordinary city.

Yes, and in particular in relationship to the city of Haussmann, where the immeubles de rapport are fundamentally generic buildings, constructed for speculation, without knowing the identity of the end user. The external structure is designed before the layout, and always follows a few simple rules set out by Haussmann himself on selling each individual plot. Over time, this type of building has demonstrated an extraordinary intelligence and capacity for adaptation.

We conceived and described the Batignolles building as an immeuble de rapport, linking it to the Haussmann tradition and thus contrasting the “urban collage”, the arbitrary profusion of languages which has characterised the construction of the French capital in the 1990s and 2000s. this was the era of “prescription urban planning”, where each new building concentrated primarily on respecting the few rules set by the urban planners, rather than on taking its position within the historical continuum of the city.

We perfectly extruded the plot, creating an external structure which freed the internal layout from multiple mishaps, and which reflects and overturns the proportions of void and mass of Haussmann’s constructions. We insisted on the possible future change in destination of the building, for example from residential to office use, and we used a generic language, composed of few repeated elements, one single module, one single window, etc....

This process of “reduction” has also allowed the building to define its own narrative, a language which in other situations, such as in Germany and Switzerland, is already very widespread, but which in France is still a novelty.

Your research into the city of Haussmann then continued and took shape, among other things, in the exhibition Paris Haussmann. Modèle de ville.

Yes, it was after seeing our building in Batignolles that the Pavillon de l’Arsenal made a proposal for us to continue our reflections on this theme and transform them into an exhibition. For the first time, we studied Haussmann’s Paris through the use of the GIS data shapefile, a 3D survey of the urban fabric supported by an enormous quantity of data of various types, such as the period of construction of each building, the number of people living inside, the material which was used for construction, its distance from public transport etc. This examination, finally “scientific”, saved us from the randomness which too often characterises urban studies, and also allowed us to debunk a number of false beliefs about Haussmann. For example, we discovered that, contrary to common belief, the typical Haussmann plot was not triangular, but has four sides.

Many of your current projects are not on the scale of a single building, but on that of a district. For example the Polaris district, in the Île de Nantes.

For the last few years we have been undergoing this fundamental transformation, which is providing us with an opportunity to transfer our reflections on form in movement and other matters to an urban scale. We want to further question the way of building in the city through the combination of individual objects and rethink the relationship between mass and void.

For the Nantes project, we saw the void as the result of all masses; in other words, the buildings have been conceived to define the public space which surrounds them. It seems like an obvious statement, but in France it is a revolution! This has also been made possible through an innovative procedure for project management, based on a workshop between all the architects involved, with us acting as coordinators.

We are also applying the same principle in Bordeaux, and we are applying the process of reduction which I mentioned with regards to the Batignolles project, imposing the selection of a limited number of common elements for all of the buildings (few windows, few handrails, etc...). We want to offer the possibility of defining a new form of urban DNA, a concept which has been completely lost due to the possibility of using a practically infinite quantity of materials and components from all over the world. This process of reducing the possible choices also has evident consequences with regards to sustainability, if efficiently connected to local production cycles.

You emerged in France as “outsiders”, proposing a new way to interpret architecture and the city. Do you still feel the same now?

In France there is a very strong institutional culture for all of the arts, including architecture. On our part, we immediately decided to take the side of those who seek to question this “state architectural culture” which for example in the 1990s and 2000s, when we started our careers, exclusively promoted the anti-modern, colour, vocabulary.

Even today we still feel the need to extrapolate currents of abstract reflection from the circumstances of each job, in order to nurture a culture which in France has to be able to stand up against the very present institutional culture of the State.

In this sense my answer would be yes, we are still outsiders, also because unfortunately I see that very few of the new generation of designers share the same drive. Themes for research introduced years ago by us and other firms, such as Lacaton & Vassal, have now become lexicons deprived of the questions which led to their generation (the lexicon of the narrative building, that of the poor building, etc.). It is a dogmatic attitude, devoid of curiosity or risk. That substantial theoretical void remains a specific and negative characteristic of the French panorama.