Catalan modernism at the time of coworking

Located in Gràcia, Clementina coworking looks to local history and translates the use of ceramic cladding and nature-inspired geometries into a means to update the building's identity to 21st century. 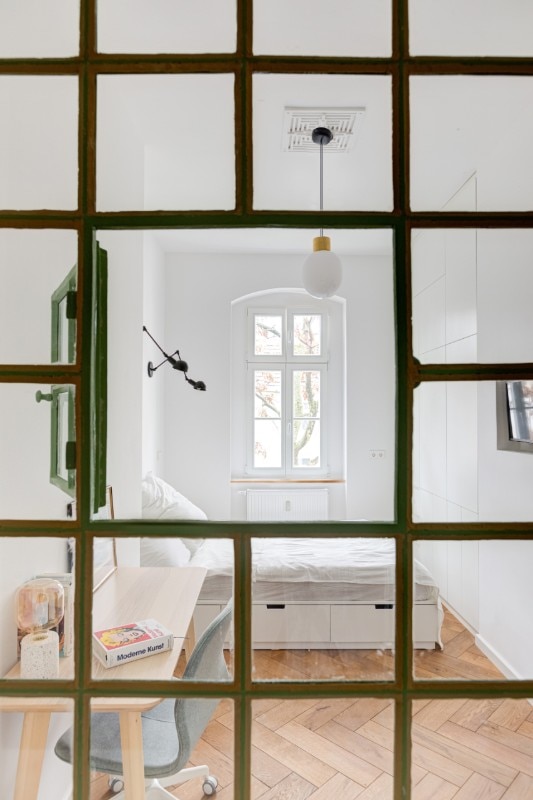 The architectural studio Izaskun Chinchilla finds in the genius loci of the Gràcia district a coherent reference to inspire the renovation of a building to be converted to coworking. Once an agricultural village on the outskirts of Barcelona, Gràcia is known for its many examples of Catalan modernism, including the famous Casa Vicens, the first residence to be entirely built by Gaudi in 1884 and now a UNESCO World Heritage Site. More discreet, however, are the traces of its rural past, visible in the old masías (rural houses), fountains and patios scattered along its streets.

In continuity with the extensive use of ceramics in the Catalan architectural tradition, the façade is rethought through an integral ceramic coating. Chosen according to ecological prerogatives, the tiles have tones close to the material colors and are easy to maintain, thanks in part to the semi-glazed cladding, which is reminiscent of the local 19th century production.

The link with Gràcia’s rural identity is strengthened in the interiors, divided into four floors, one of which is underground, and intended for offices and a large restaurant area. Passing seamlessly from the floors to the walls and conquering the stairs, decorative cladding takes possession of any surface and returns a joyful and informal environment, punctuated by furnishings arranged according to a modular logic but always characterized by the presence of color.

The reference to nature and, in particular, to the morphology of the trees can be found in the profile of the plaster and in the geometries of lamps, cables and railings. Finally, the attention to energy sustainability is found in the use of solar panels and passive ventilation techniques, including the combined action of the glass skylight and the solar chimney in the stairwell.