Farewell to Adolfo Natalini, member of the famous Florentine group Superstudio. In remembering him, we examine a period characterised by contamination between artistry and architecture at the end of the 1960s. 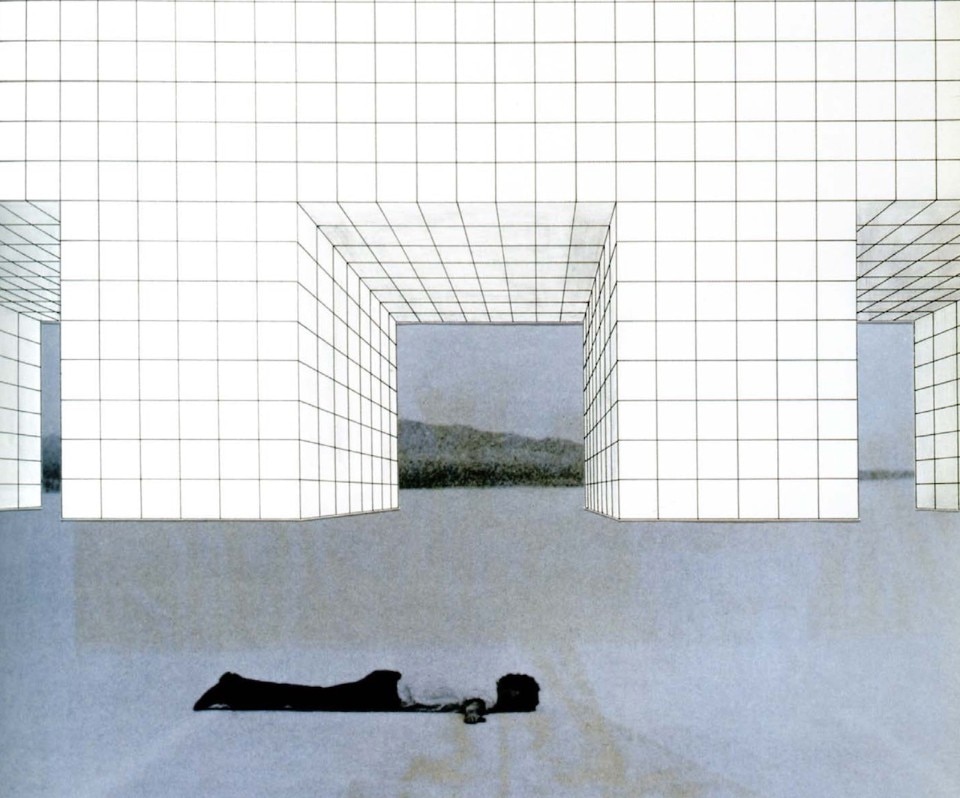 It was the end of the 1960s, and Europe and America were witnessing the emergence of new figurative works, from Minimal Art to Process Art, to conceptual art, as well as Arte Povera and Body Art. These trends, each very different from the others, were bound by an attitude of protest against the mechanisms of the art market that, since the beginning of the century, had always tended to “superelevate” itself beyond realistic levels.

Art became action and reaction, in order to favour a return to reality and the recovery of the autonomy that had been lost in the industry of luxury. It was along these lines that Land Art (otherwise known as Process or Earth Art) was presented, a phenomenon that emerged between 1967 and 1968 in the United States of America with Michael Heizer, Robert Smithson, Walter De Maria and Dennis Oppenheim, and then later with Robert Morris, Christo, Richard Serra, Alan Sonfist and James Turrell.

The artists worked directly on natural land, from deserts to salt-water lakes, from prairies to grottoes, leaving artificial marks in the form of cuts, subtraction, demarcation and dislocation. Five enormous rectangular pits appeared in the Nevada desert (Michael Heizer, “Dissipate”,1968-69), while in Little Bay, near Sydney, Christo “gift-wrapped” four kilometres of coastline (“Wrapped Coast”, 1969). Behind the modification of a tract of land lay a symbolic and conceptual process that became a source of inspiration for the work of Superstudio.

The Florentine group focused on the design of monumental figures on a landscape scale. A form of design free of all functional meaning, the aim was to accentuate the aspect of fantasy to the detriment of questions of technique

In fact, in the same period, following an initial “pop” phase linked to University studies and the founding exhibition “Superarchitettura”, the Florentine group focused on the design of monumental figures on a landscape scale. A form of design free of all functional meaning, the aim was to accentuate the aspect of fantasy to the detriment of questions of technique. Designing began to involve conducting a critical analysis of reality, far from all formal aspects, “slowly, design-behaviour took the place of the design-object”. What emerged was a common attitude, the vital component of reality became the key to reading the intersection between art and architecture, and the roots of neo-Avant Garde architectural thinking lay in the conceptualisation and de-aestheticisation of contemporary art.

Superstudio was regularly featured in “Domus”, with the publication of articles, drawings and designs that represented their way of thinking; the urbanisation that affected the global nature of the urban structure itself, the setting of the matter on a critical level, presented as a model for interpretation, the generation of a series of images that were analytical rather than representative.

In October 1969, the group published the “Journey into the Realm of Reason”, a presentation of vignettes that presented the research carried out between 1966 and 1969. The forms from “Superarchitettura” were returned to - the cube, the rainbow, the cloud, the ziggurat, the wave - and then fragmented and brought together through a method of symbolic-conceptual composition. The creation of narration regarding events and the profound and timeless meaning of architecture led the group in an ideological manner to Land Art, and to an artist in particular, Walter De Maria.

Maria wiped the slate clean of all the archetypes from the history of visual arts, using himself as the only instrument of examination and conscience. His body, his “being”, was the vehicle for this process of “purification” in art that was necessary in order to overcome the condition of un-reality in which he found itself, and in the same way, Superstudio alluded to a necessary form of “cleansing” of architecture of all its functional aspects in order to achieve absolute abstractism.

More than inspiration, it was a form of tribute to the artist. One vignette in “Journey into the Realm of Reason” showed a motorway in the desert, and two parallel lines inspired by the work “Mile Long Drawing” (1968) in the Mojave desert in California, a work that consisted of these mile-long chalk lines drawn into the dust, on which two very high cement walls were to be built, but never were; a kind of corridor that played in the relationship between closed and open, which had a disturbingly unhinging effect on the spectator.

The Continuous Monument is a mature and complete example of the use of the metaphor in conceptual terms. It is an operation of progressive destruction and reduction of the architectural object in which all of the Avant Garde is concentrated

In the presentation by Superstudio there is also a reference to the grandest work by Michael Heizer, who in 1969 created “Double Negative”, a work of subtraction. Two enormous regular-shaped digs, one on front of the other on the two sides of a narrow canyon on the Virgin River Mesa, in Nevada, 560 metres in length, 15 metres deep and 10 metres wide, like a kind of interrupted road from the valley.

With the publication in Domus of “Speaking through images” in December 1969, with “Continuous Monument”, the tribute to Land Art is even more evident, to the point of being obvious. The “Monument” is a mature and complete example of the use of the metaphor in conceptual terms. It is an operation of progressive destruction and reduction of the architectural object in which all of the Avant Garde is concentrated. The design process is abandoned for the creation of images, importance is focused on the underlying ideas of architecture rather than the object.

The drawing is no longer a scale reduction of reality, charged with a functional purpose, but is presented as a conceptual fact. Among the photomontages produced by Superstudio for “Continuous Monument”, in one the group show an image of Walter De Maria lying between the parallel lines of “Mile Long Drawing”, which are cancelled to make way for their work.

This monumental structure, made up of colossal spans seeming to stretch into infinity, seems to invade the landscape, crossing it and leading beyond, towards the conquest of contemporary metropolises, creates an effect of metaphorical and symbolic disorientation that renders this work so similar to a work of Land Art. Architecture examines art and art examines architecture to such an extent as to be able to assimilate the artistic into the architectural, and vice versa, an intersection of disciplines without linguistic or formal confines.