In December 1968, in the pages of Domus, Joseph Rykwert paid homage to Eileen Gray, the “remarkably sensitive” designer and incredibly neglected by critics. 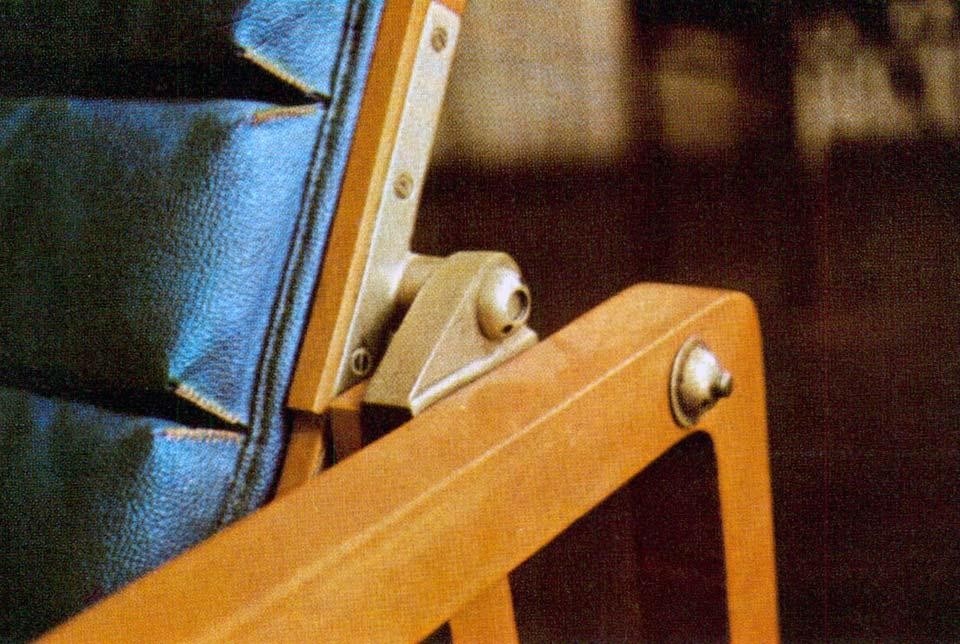 It is odd how no-one has paid homage to Eileen Gray for thirty years: considering that the last person to do so was Le Corbusier; he included her project for a Centre de Loisirs in his marvellous Esprit Nouveau pavilion at the 1937 Exhibition in Paris. He also reproduced it in his prophetic book: Des Canons, des Munitions? Merci! Des Logis… S.V.P. Soon after that came the war and Eileen Gray retired to South of France, to St. Tropez. She had a flat on the old harbour; but though it was charming, it proved unlucky: the flat was bombed and the furniture in it – all of her own design – was destroyed. Her drawings and projects, which were left in Paris, have all disappeared, so that the main evidence of her achievement is the decoration and the furniture of her flat in the rue Bonaparte, which she has occupied for more than sixty years. It is difficult to appreciate, when looking at it now, that most of it was designed and made before 1930.

Eileen Gray, like Van de Velde and Behrens, started as a painter. She had been one of the very first women students at the Slade School in London in the early 1900’s, and went to Paris in 1907 after she had finished her studies. During her first Paris period she became interested in lacquer, and apprenticed herself to a Japanese craftsman in order lo learn the complex techniques, which an allergy forced her lo abandon in the middle ‘thirties. During the pro-war period, she travelled a lot between Paris and London, and on at least one occasion adventurously flew the channel with Farman. Soon after the war she opened an atelier in the rue Visconti, making individual pieces of wood and lacquer furniture, and in 1922 she first showed her work in public by exhibiting a room with the Union des Artistes Modernes. This exhibition made a great impression.

It was then that Eileen Gray met J. J. P. Oud and some other Dutch architects, and this meeting resulted in the publication of her early work in a special issue of Wendingen in the next year. Her success encouraged her to open a shop selling multiples of her furniture and inviting commissions for interiors. Soon after that she met Jean Badovici – he was to introduce the Wendingen publication – whose fame rests solidly on the many years’ editing of Architecture Vivante: its portfolios are still a precious possession of anyone interested in modern architecture. At Badovici’s suggestion she decided to build. Unfortunately she has only built two houses, both with herself as client, both in the South of France, both highly individual and sophisticated essays in a formal language which was exciting precisely because it was new and untried.

The first house, at Roquebrune, designed in collaboration with Badovici, was not finished until 1929. Practically everything in it, the furniture, the carpets and the hangings, were made in her workshops and put together or woven under her personal direction. When the house was finished it was published as the “Maison en Bord de Mer” by Architecture Vivante. This total transformation of the environment by the designer has no particular interest now. But in the 1920’s it represented something of a departure. Apart from the master’s house at the Dessau Bauhaus, there are precious few interiors in which the “new” architecture is so marvelously humanized, so gay, so very exhilarating.

Eileen Gray gave up the shop when the house was finished, although she continued to work as a designer of both furniture and fabrics; she also worked on several projects which remained unbuilt – such as the Centre de Loisirs – and her second house at Castellar, which now belongs to Graham Sutherland. This has never been published adequately as far as I know, although il has all the virtues of the first building improved by experience.

Now that all the battles for the “new architecture” are over, it is difficult to understand how this brilliant and sensitive accomplishment could have been so neglected: how these forms, which seem so fresh and relevant now, which anticipate so much of what younger designers are doing today, had such a limited appeal. Her achievement, so tiny in bulk, can only be compared to the work of the three or four masters of her day. They, at any rate, appreciated her work.

Now that all the battles for the “new architecture” are over, it is difficult to understand how this brilliant and sensitive accomplishment could have been so neglected

Le Corbusier indeed owned part of the site at Roquebrune, where he built that small cottage from which he look his fatal swim. Shortly before the end of the war he had painted some frescoes in the house and their publication was perhaps the last occasion on which Eileen Gray’s work was publicly seen.

This melancholy anecdote has only the value of pointing to a historical context. Eileen Gray is still working: what she has done up to date must not be taken as just a historical document; it will remain as an example of a remarkably humane and sensitive artist who has had the courage and the force to break new ground.

Read also: A stroll around the home of… Leo Lionni, an art director in rural Connecticut