From 1976 to today: a trip through Italian faculties of architecture

From the Domus Archive: three analyses by the Milanese architecture critic Agnoldomenico Pica published in Domus back in 1976 allow for a comparison with the current state of institutional education. 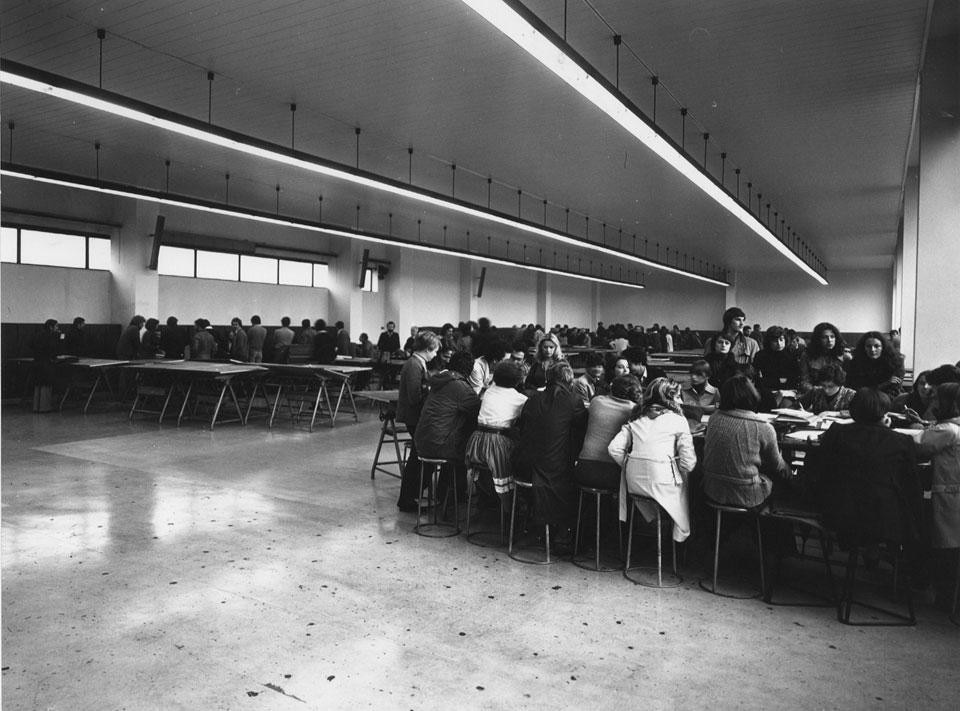 A survey of Italian faculties of architecture undertaken by Agnoldomenico Pica (1907–1990) and published in Domus in three instalments in 1976 (issues 561, 563 and 565) is an important piece of documentation on the state of the major Italian architecture schools back then. Today, it can be used to understand where teaching has evolved and where it has degenerated. Allow me to specify: A.D. Pica was definitely neither a progressive nor an activist in the 1968 protest events, while the author of this article has a romantic vision of the 1970s. He was not yet born, but has gleaned knowledge of the period through comic strips by Andrea Pazienza, writings by the philosopher Franco Berardi and photographs by Tano D’Amico.

Img.24 Faculties of architecture in Italy: Milan. from the pages of Domus 565, December 1976

Img.25 Faculties of architecture in Italy: Milan. from the pages of Domus 565, December 1976

The most insistent comment Pica makes about the architecture faculties he visited in Rome, Florence, Venice, Turin and Milan regards the large number of enrolled students. In his three essays, Pica inveighs more than once against “mass-production universities”. He sarcastically posits that “a truly historical decision would be to proclaim that a graduate degree must be awarded automatically to each newborn, issued conjointly with the birth certificate”. He also anticipates that one day, “there will be as many architecture faculties as there are subjects in today’s curriculum”.

He describes the phenomenon that resulted in the number of students rising from 225,000 in 1951 to 1,750,000 now. He is sceptical about the “good intentions” of the youth protests. In the 1960s and ‘70s, they rallied for open universities accessible to everyone, schools that could become a major piece of infrastructure for the economy and a tool for subjective and collective emancipation. The student movement obtained some fundamental rights, but undeniably in the following years there was a weakening of the aims and functioning of universities. In Italy and Europe, a number of laws and decrees slowly gave way to privatisation and a corporate approach to higher education. Today it would seem that educational offerings have become consumer goods offered by faculties that are run like businesses. Teaching is oriented toward inserting individuals into the labour market.

“There will no longer be dummies waiting like a bunch of fools for a word to issue from the teacher’s lips” are the words in red spray paint that Pica found scrawled in the Theatine cloister of the Tolentini complex in Venice. Over 40 years later, the bunch of fools has remained, but now they are armed with smartphones.

Feeling justifiable nostalgia for the experimental and idealistic teaching methods of those years, we read Pica’s indignant description: “Certain proposals by quite respectable professors leave me perplexed, and by that, I mean shocked. The fact that a few years ago Maurizio Sacripanti in Rome had the idea to stimulate students’ imagination by means of psychedelic experiences smacks of progressivism more snobbish than brave. Then again, Ciro Cicconcelli’s embrace of utopian design as a means of ‘liberation from taboos imposed by the superego’ seems none the more useful.” Here, the position of the Milanese critic is clear: against abstractness and politicisation. Nevertheless, such elements in teaching have nowadays become hard to find, suffocated as they are by technical and scientific thinking.

In 1976, university walls were “papered over by posters old and new, and picturesque spray-painted writing, showing scars that no one thinks to heal”, oozing the need for policies and a desire to at least theoretically connect architecture with the social struggles and democratic institutions. Sweat and dirt have now been scrubbed away by the politics of decorum, against which it is not a good idea to take a stand, lest you trip up the well-oiled and efficient gears of the mechanisms refinedly cranking out workers and consumers. Universities, especially architecture faculties, appear to no longer be a place of vita activa (“action”) as described by Hannah Arendt in which free individuals fulfil their aspirations and form a community body. Schools are no longer places of criticism and debate. We can ask ourselves if universities could go back to having this function. Or would it be better to look for new spaces elsewhere? Should design and architecture schools aim only to guide students toward the working world or instil them with sensibility toward the landscape? Is there still room for utopias?

Read Domus 561: Agnoldomenico Pica focuses on the Rome and Florence schools, which at the time had to manage respectively 17,000 and 8,876 enrolled students.
Share
Read more