The Hiroshima memorial by Noguchi and Tange that was never made

Seventy years on from its original conception, the Memorial to the Atomic Dead by Isamu Noguchi remains unrealised. The project helps us to understand the American artist and designer's collaboration with Kenzo Tange and the difficult relationship with his Japanese roots. 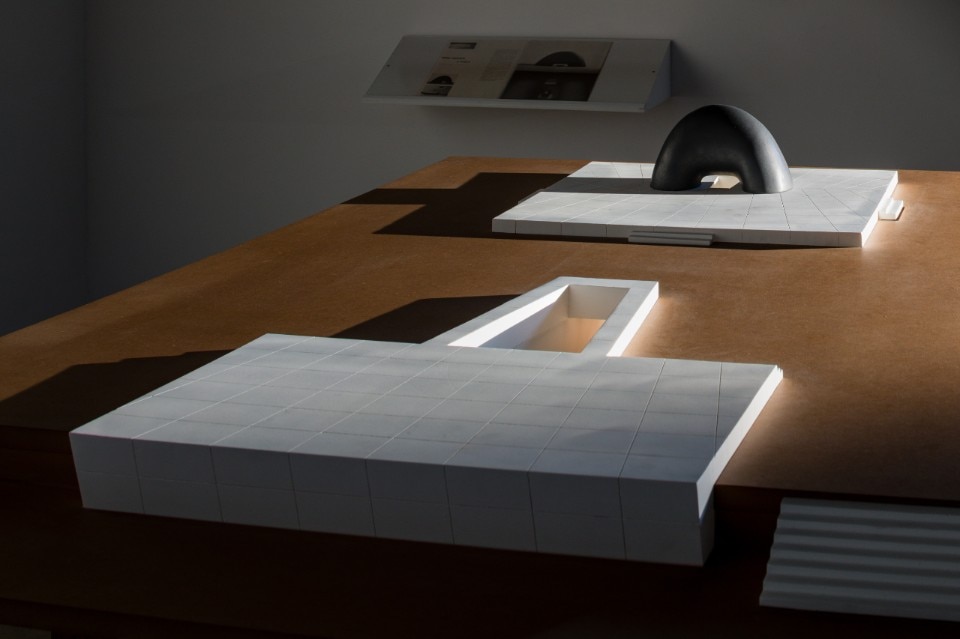 Tokyo, 1950. A shopping mall, the symbol of the new American lifestyle in the world, is the stage for Isamu Noguchi’s return to Japan for the first time in 20 years. The designer has been invited to host an exhibition within the Mitsukoshi Department Store, a historical business and Tokyo landmark whose roots date back to the second half of the 1600s.

Born in Los Angeles in 1904, to Léonie Gilmour, a Brooklyn journalist of Irish descent and Japanese poet Yonejiro Noguchi, Isamu grew up in Japan, before returning to the United States at the age of 13 to attend college studies.

Over the following decades Noguchi would impose himself as one of the most celebrated and revered names in American and global design. Following an internship at the Parisian studio of Constantin Brâncusi, Noguchi travelled wide and far, meeting with Frida Khalo and Diego Rivera in Mexico where he worked on a frieze celebrating the revolutionary history of the country; projecting stage prompts for the likes of Martha Graham, collaborating  with artists of the calibre of John Cage, designing furniture for Herman Miller and experimenting with Bakelite. In 1946 he debuted at the Moma as part of “Fourteen Americans”, a collective exhibition that celebrated the cream of the new American art.

Come 1950, five years on from the American bombings on Hiroshima and Nagasaki, the designs exhibited in Tokyo showed their impact, still vivid, on the artistic sensibility of Noguchi. Pieces of design and sculptures, characterised by the artist’s trademark sinuous silhouettes, depict mutilated bodies and deformed faces. Art for the post-atomic society, to be looked at from space, from Mars. A theme that Noguchi had already started exploring in 1947 with his Sculpture to be seen from Mars, an early (and never completed) concept for a memorial to the victims of Hiroshima.

Within Noguchi we can trace the same contradictions that mark post-war Japan, a country put on its knees by the United States but that had also been so fascinated by their lifestyle, to willingly start to absorb it. Noguchi’s frustration with the annihilied void left by the devastation of Hiroshima co-habits with the guilt that afflicts his consciousness as an American citizen.

Kenzo Tange – one of the most prominent architects of post-war Japan – appreciating the sensibility displayed by the works exhibited at the Mitsukoshi Department Store, recommends Noguchi to Shinzo Hamai, the newly-elected mayor of Hiroshima and the man promoting its reconstruction.

One year on from the exhibition, Noguchi is back in Japan, this time invited by Tange to visit the site of the H-Bomb explosion, where the architect is at work on the Peace Memorial Park. There Noguchi felt drawn to the place “as many Americans are, by a sense of guilt”. Among burnt down buildings, knocked-over graves and “the shadows of people who had been sitting there reflected on the granite”, Nougchi is finally able to find the Japan that was, the essence of ancient art he had been looking for around the world – from the Chinese painting tradition to Italian marbles. Now he can turn it into works of art with contemporary, if not even future, meanings.

Inspired, Noguchi starts working on the opus to him commissioned by Tange and Hamai: a cenotaph to be erected at the centre of the Hiroshima Peace Memorial Park, on the exact site of the detonation of the bomb – grotesquely named Little Boy.

Granted by Tange the use of his studio within the Tokyo University, Noguchi projects a monumental but harmonious four-metre black granite arch whose shape was equally inspired by traditional Japanese funerary sculptures and by the curved shell of the Bomb. The arch would then continue underground, where a crypt hosting a receptacle with the names of the victims was also projected. Noguchi’s memorial was conceived to boast a 14-metre overall height.

One week from the beginning of the works, though, the project was rejected. The political sensibility prevailed over the artistic one. Letting an American citizen to design a memorial mourning the victims of Hiroshima didn’t seem appropriate, just a little over six years from the bombing.

Tange therefore takes over the project, redesigning a cenotaph that, though, now stands as the less political element of the whole Peace Memorial Park – composed of a museum, a Community Centre and a hotel. The cenotaph, designed to evoke a haniwa, a type of traditional and prehistoric Japanese house, despite being harmonious in its silhouette lacks in meaningfulness. Also, one can't help but to notice the striking similarities between his work and Noguchi’s project, both a sign of the architect’s appreciation for the work of his American colleague, and the consequence of the tight one week deadline he was bound to.

As Australian architect and author Robin Boyd noted, Tange – who was an architect and not a sculptor, after all – had preferred a functional approach to an aesthetic one when working on the Peace Memorial Museum. The building, writes Boyd, wasn’t conceived as a “commemorative sculpture, but as an architecture, hence with a function, so that it could be used”. This meant, still according to Boyd, that the building wouldn’t remain abstracted from the emotional emphasis the theme it was projected for required.

Flash forward to 1982. Thrity years on from the delusion of Hiroshima, Noguchi goes back to his concept for the cenotaph as well as other works that investiagte the theme of H-Bomb. The idea is that of reproposing the project with the new name of Memorial to the Atomic Dead, this time though, in the United States. More precisely in its capital Washington DC, hence attributing to the memorial new political meanings and a provocative verve. Once again, though, the sculpture doesn’t turn to reality, remaining but a model assembled from multiple blocks of black Brazilian granite.

This refusal comes as another let down for Noguchi’s political consciousness and for its difficult relationship with the American government. During the Second World War, when prison camps for Japanese people were set up in the United States following the events of Pearl Harbor, Noguchi – despite being a New York citizen – volunteered to enter the Colorado River Relocation Center in Arizona. During his six month stay in the camp, Noguchi worked to redact a plan to improve the life of the inmates and promote their wellbeing and creativity, through workshops and the set up of zoos, gardens and recreational areas within the centre. Needless to say, the project was denied, marking Noguchi’s disillusioned return home.

Seventy years on from the original project, the handrails for two bridges built in 1951 and connecting the Peace Memorial Park to the rest of the city are the only tangible evidence of Noguchi’s work on the site.

Today his model for the Memorial to the Atomic Dead, together with a splendidly curated selection of his works on the theme, photographs and letters  – after being exhibited at the Barbican, London, for an acclaimed retrospective  – can be seen at the Noguchi Museum in Queens, New York, once home to the designer.'s studio.