3 schools on show at the London Design Festival

A selection of the best exhibitions and installations proposed by institutes such as Architectural Association, Goldsmiths and Central Saint Martins. 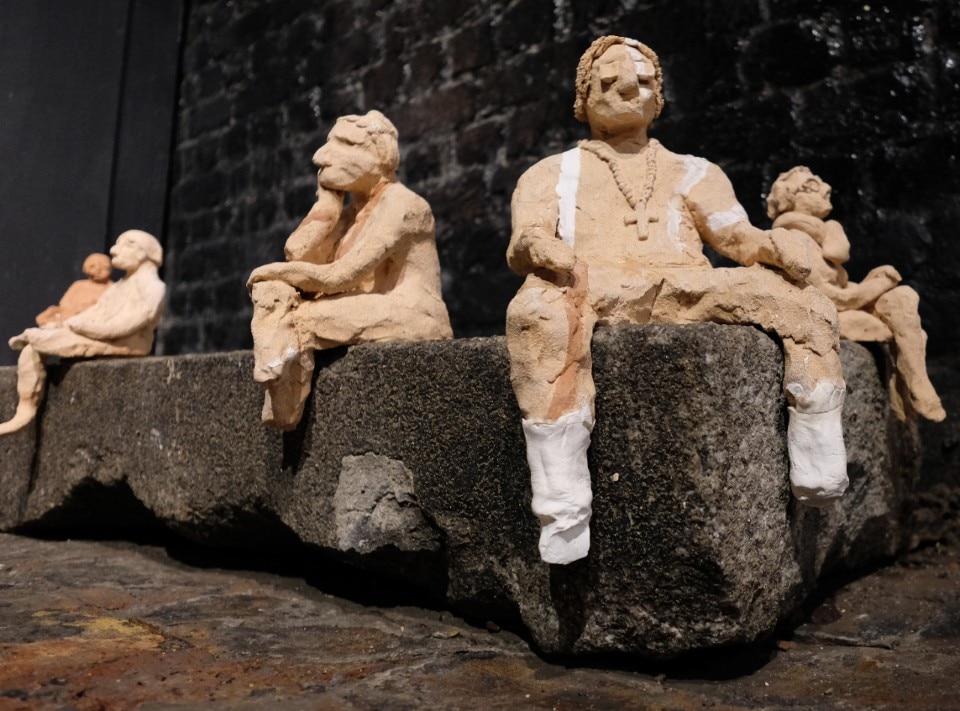 The London Design Festival is not only the platform through which the British capital expresses its love for design, but also the "battlefield" in which the many schools of design and architecture of the metropolis show themselves, opening their doors to the public or confronting with territories other than those of the academy. Scattered throughout all the districts – which, like Milan, are slowly developing distinct identities – we visited exhibitions, installations and events with researchers, students and young graduates who, despite their young age, demonstrate a very high degree of awareness and innovation.

AA School of Architecture – Architecture in the Extreme
The Antarctica 200 research laboratory has organised a 168-hour activity programme for the Architectural Association which includes an exhibition, several conferences and a workshop with students from London, Hong Kong and Santiago de Chile. “Our research agenda aims to assess Antarctica’s indisputable role in the global ecosystem, understand the conflicting and fragile geopolitical implications of the Antarctic Treaty and its experimental governance model, and document the evolution of Antarctic architecture to challenge the state of the arts and bring to the foreground prototypes for inhabitation in the extreme,” say the researchers. All the activities of the week revolved around the construction of an Archive of Antarctic Architecture, which includes drawings, models and full-scale sections of these structures that are rarely discussed in the architectural context.

Goldsmiths – Nature Scene
Goldsmiths – University of London students interpreted this year's theme suggested by the Brompton Design District, Nature/Nurture, proposing a series of small installations immersed in the greenery of the Alexander Square Gardens East. Small habitats for wild animals have been built with wood, pumpkins, stones and other natural materials, while micro-cameras incorporated in the projects “spy” the lively activity within the well-off gardens in the South Kensigton district. The aim of the installations is to have a less anthropocentric view of the city: “The city is already home to many creatures beyond humans – from rats to peregrine falcons, foxes to mice, native plants to nematodes. The first step towards welcoming them is to be sensitive to the fact that they’re already here,” told Interaction Research Studio’s designers. “Our habitats build on these ideas, wondering whether we couldn’t develop a vernacular architecture for urban wildlife that is not only sustainable and easily replicated, but explores an aesthetic that can be enjoyed by humans and non-humans alike.”

Central Saint Martins – Lasting Impressions
At the Crypt Gallery, an underground space in the St. Pancras Church, Ceramic graduates from the bachelor and master’s courses at Central Saint Martins showed the wide variety of approaches, narratives and ideas generated within the school. Sixteen designers were confronted with a very suggestive location – perhaps the most beautiful of all the LDF – which undoubtedly exalted the projects on display, thanks to the fragmented spaces and its materiality dialoguing with the works on display. The recent graduates have reinterpreted traditional techniques and aesthetics in a heterogeneous and avant-garde way: “We use the lens of ceramics to consider issues of identity, heritage culture, politics, sustainability, emotional expression, and human-object interaction,” told the students.