Where is the East? At Jerusalem Design Week it is a changeable space facing the future

Denying all folklore, the ninth Israeli design week proposes a reflection on the idea of the East. A confirmation of this inclination for experimentation at an event that remains an important testing ground for many young local designers. 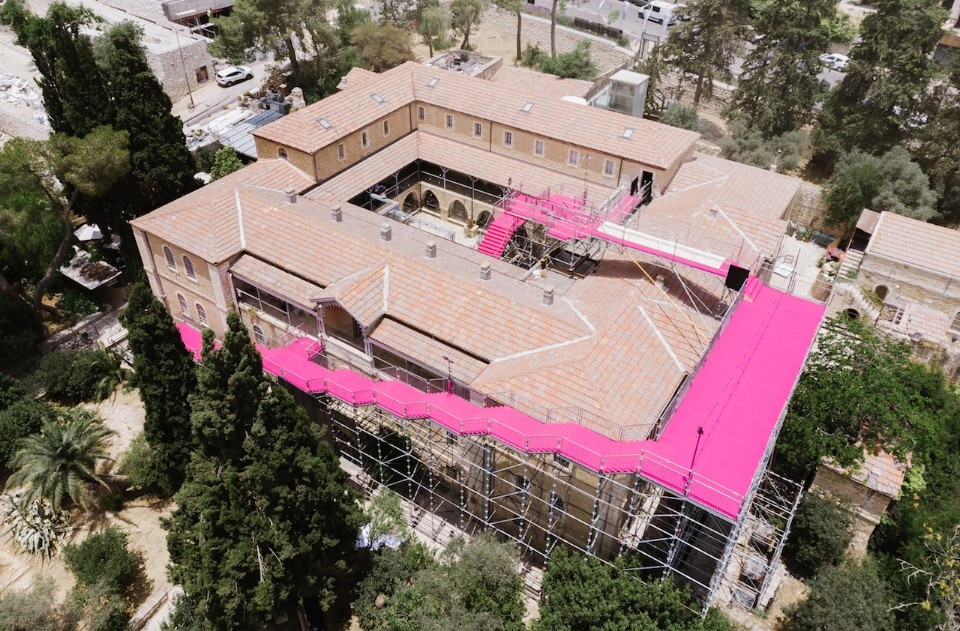 Not looking towards the East, but a reflection on the idea of the East. An invitation to gaze upon this emblematic cardinal point like a rhizome laden with meaning opened the doors to the ninth edition of the Jerusalem Design Week (13-20 June 2019), the most important Israeli event related to design as well as a testing ground for many young local designers.

Inaugurated in 2011, and since 2016 open also to international designers, the event hosted at Hansen House – an ancient leper colony today repurposed as a fab lab – is not so much a showcase for new products but a platform aimed at experimenting through the development of exhibitions, installations and transversal projects for a total of around 200 works on display, the majority of which were commissioned and previously unseen.

Adi Yair, Shlomit Yaakov, This is not a Carpet

Relevant and courageous in a city where the East and the West embody a confine both symbolic and real and where their dialectic has remained for decades an unresolved matter regarding international political agendas, the theme of the “East” is able to pinpoint and describe a tension that is indeed largely local but which expresses its relevance even globally.

“Where is the East? We keep reading alarming news about it: Russia is rebuilding its iron curtain, Syrian refugees, Chinese Hollywood that is growing bigger than the American one. For Westeners, this feeling of threat or a mysterious future persists. By choosing the East as the theme for our design week, we’ve tried to avoid all folkloric notions. During our analysis, we learned that a geographical East doesn’t exist; there isn’t a place in the world that is called the East, it’s only a direction. As soon as we clear the field of all misunderstandings, you can face, from a design perspective, the social and political themes that define it,” states Tal Erez, chief curator of the JDW, and Anat Safran, artistic director.

Curated by Erez and Safran, the exhibition “Across the East” investigates the constant swing of the pendulum that has fuelled the complex relationship between the East and the West, redesigning each time the relations and mutual spheres of influence. The direction to explore is the latitude, rather than the longitude, as can be seen in the trip across the Silk Road in the project Via Binarii by the studio Unfold.

Through a call from China all the way to the United States, a Chinese tea pot was revisited by seven different designers (Jonathan Keep, Keith Simpson, Emerging Objects, Ronald Rael & Virginia San Fratello, FabCraft Design Lab, Kamm Kai Yu, Tzu-Yi Lu & Zhao-Wei Liu, Emre Can, Shlomit Bauman, Noam over & Itay Ohaly, Unfold), who added a different spin, a different cultural layer to this archetypical object.
The ubiquity of the East is also revealed in East Side, a video portrait of three cities – Berlin, Jerusalem and Tokyo – where the dialectic around this cardinal point has always taken on a profound political and cultural meaning.

A poetical gaze upon the East is evoked also by Textile Surprise (by Merav Peretz, Ayelet Karmon and Ori Topaz), a fabric made on a loom that, thanks to the addition of electronic circuits, allows designers to nuance their printed patters using light and recreate the effects of dawn, a natural phenomenon that is the synonym for the East par excellence.

The disorientation between the cardinal points and the relative blurring of confines is also evoked by some temporary pavilions installed for the design week event. Curated by HQ Architects, 90 degrees is an imposing scaffolding system that wraps around the Hansen House, redesigning the flow of transit inside the building and offering an amazing view of Jerusalem.
Instead, the pavilion East of Sun, by Daniel Zahry, Lila Chitayat and Dafna Kron, evokes through changes in sound and colour the continuum that binds the East with the West over the course of the day, and hosts the rich line-up of events and performances organised during the week.

A view upon the East is not complete merely with a discussion of the Middle and Near East, but expands, also thanks to the partnerships with the Design Art Tokyo and the Taiwan Designers’ Week, up to the Far East with its intermingling of an everlasting nature and contemporaneity that grows faster and faster. An increasing predominance of Asian superpowers, technology is called into question by Drawn by Drone, a performance held in collaboration with the Japanese studio Figlab where the motion of a drone responds to the drawing made live by a designer.

Finally, Club All (curated by Hadas Zucker) reveals, through the eminently playful dimension of a dance floor, the imaginary of contemporary Chinese underground culture, highlighting the unexpected inclination towards hyper-realism and maximalism.