The Finnish village of Fiskars celebrates its creative, industrial heritage by inviting global artists and designers to exhibit in the Fiskars Village Art & Design Biennale. 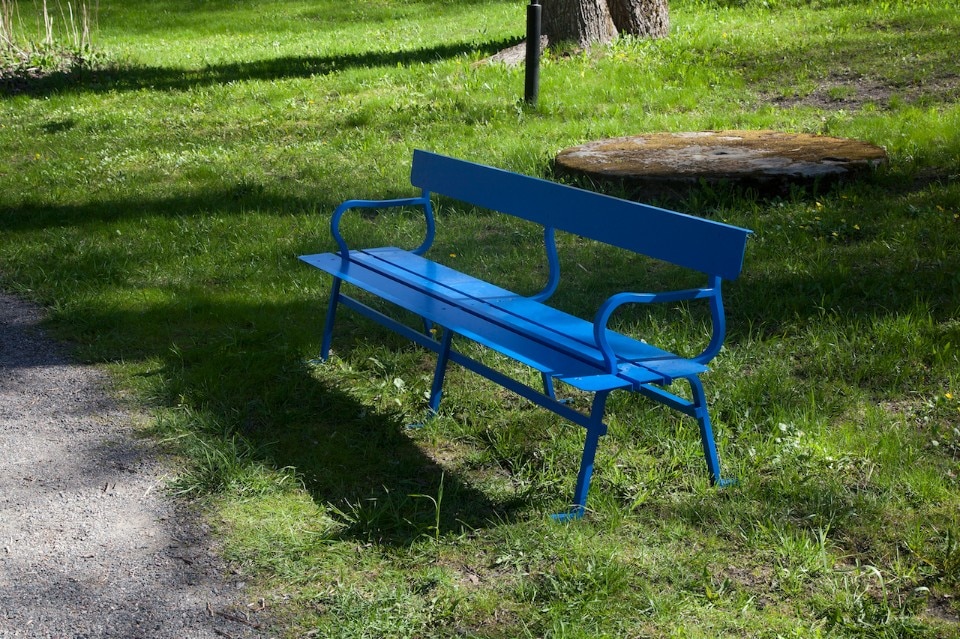 Fiskars Village, founded by an iron-works community in 1649 in southern Finland, is viewed as the birthplace of Finnish industrialism and continues to be a centre for handcraft. The uniqueness of this location of just 600 inhabitants, its heritage architecture and hardwood forests make for a soulful setting for the inaugural Fiskars Village Art & Design Biennale, on until 15 September.

“The beauty of nature, the heritage of the iron works community and the historic buildings serve as a perfect framework – and also as an inspiring contrast – for contemporary art and design,” says Director Kari Korkman, who also runs Helsinki Design Week. “The active art, design and crafts community is such a central part of the locality that we wanted to appraise and strengthen it,” he explains of the idea to combine these disciplines.

Being with/ Contemporary Art Exhibition. Alma Heikkilä, None are Truly Separate

Courtesy of the artist and NOME Berlin. Photo Kerttu Penttilä

Courtesy of the artist and Helsinki Contemporary

Morrison’s Social Seating project tells of the many ways there are to design and produce a piece of furniture, having invited 18 global designers to create a bench for the Fiskars Village riverside. Running between the Copper Smithy to Inko Park, these benches – which are meant to be shared with others, emphasising the biennale’s encouragement of audience interaction – include a galvanised-steel and oiled-oak bench by Japan’s Sosuke Nakabo, and a bench by Finnish designer Karin Widnäs that combines ceramic and wood.

Factory, curated by Koivu, produced by ONOMA, the Cooperative of Artisans, Designers and Artists in Fiskars, combines traditional craft and design with art and technology, as it investigates the meaning of factories for modern-day production.

In the village Threshing House, Nurmenniemi’s Beings with exhibition of contemporary art is open for viewing, with the show continuing in the Old Granary. In it she explores themes of togetherness, interdependence, co-existence and co-creation.

Audiences are invited to participate throughout the months of the biennale, as local artists, designers and galleries open their spaces up for events, talks, workshops and studio tours. Look out for Factory Club, monthly live experimental music events matching the industrial theme of the Factory exhibition.