At the end of September, design fills the Austrian capital with hundreds of events, exhibitions, discussions and places to discover. We asked the director, Lilli Hollein, the organisers and the curators to tell us what the highlights are. 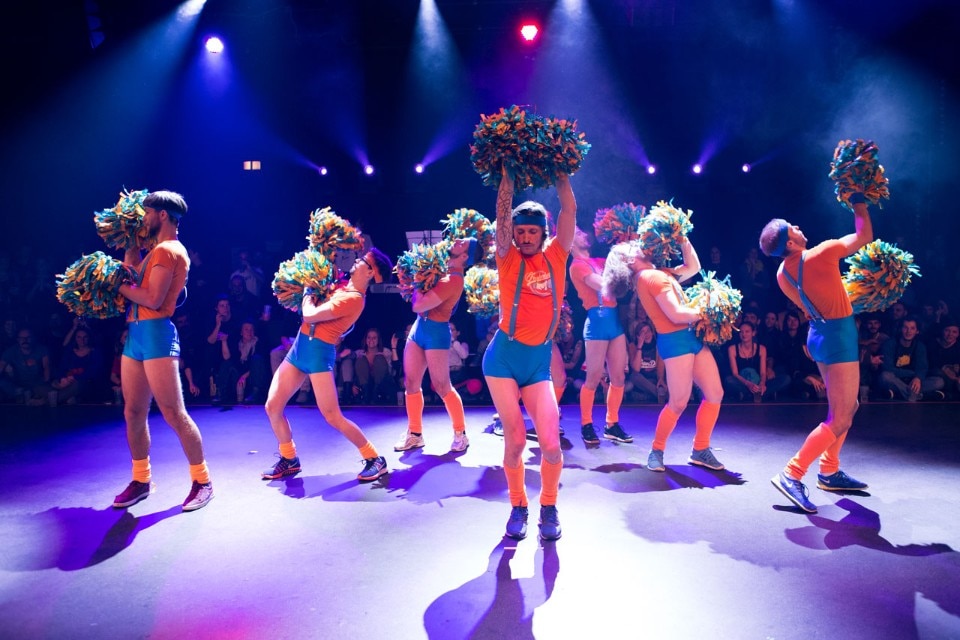 For 10 days, from 28 September to 7 October, Vienna will be the European epicentre of design. For the last 12 years, the Austrian festival founded and directed by Lilli Hollein has been proposing a rich programme of events, blending little uncovered treasures, in-depth studies, first-time collaborations and niche design. Among the by-now traditional formats is the “Passionwege” (literally the street of passions), which puts artisans and traditional companies to work with contemporary designers. There are two thematic itineraries dedicated to urban food – local produce – and virtual reality. There is no lack of little treasures to uncover: less well-known places, at times forgotten or unknown to the citizens themselves, such as Sophienspital, the old ex-hospital right in the city centre, which this year is the general headquarters of the festival. And there’s more: up-and-coming designers and niche design. Just a few days before the inauguration, we asked the organisers detailed information on the things that are definitely not to be missed, and the names to keep an eye on.

SAE Institue – The Art Within

SAE Wien – Prophecy of the fallen

Teresa Berger - Beyond Taste - A multi-sensorial series of tableware

VELLO - Bikes 'Made in Austria'

SAE Institue – The Art Within

SAE Wien – Prophecy of the fallen

Teresa Berger - Beyond Taste - A multi-sensorial series of tableware

VELLO - Bikes 'Made in Austria'

Stefan Diez and the general headquarters of the VDW
With Stefan Diez, who is the designated professor for the Industrial Design Class at my Alma Mater, the University of Applied Arts Vienna, we are delighted to once again have an internationally renowned designer in town. At this year’s Vienna Design Week Diez will share his thoughts, plans and working methods in a talk with the festival audience. This will take place in the festival headquarters, a former hospital in the heart of the 7th district. The location and the many exhibitions and presentations shown there are definitely worth visiting.
Lilli Hollein, Vienna Design Week Festival Director

Read also: Lilli Hollein, founder and director of the Vienna Design Week, questions: do we need other design weeks?

The food? Cultivated within the city
Urban food production and future hospitality are ground-breaking and pervasive topics that will be illustrated and explored in this year’s new festival format, Urban Food & Design. One of the highlights is Teresa Berger’s multi-sensorial series of tableware that examines the synergy involved in the origin, preparation and consumption of food. “Beyond Taste” foregrounds a tactile experience in a time of increasing digitalization and challenges all visitors of the Vienna Design Week to explore the interplay of senses during daily tasting experiences in our festival headquarters.
Hanna Facchinelli, Project Manager

Martina Menegon and the body in the digital age
Current technologies have opened up new possibilities for artists, architects and creative collectives to develop digital works of art and design. Augmented, mixed and virtual realities are trending and have become the focus of this year’s Vienna Design Week. A curated exhibition shows different approaches to new technologies and their application possibilities in the artistic field today. I highly recommend seeing the work of the Italian-born and Vienna-based artist Martina Menegon. Her sensual work explores the instability of the human body as well as the alienation from physicality in today’s digital age.”
Alexandra-Maria Toth, Curator

Passionswege: secret places and first-time collaborations
Vienna is known for its majestic Ringstraße but it is also full of much more discreet gems like picturesque back-courtyards and hidden crafts workshops. The mission of Vienna Design Week’s “Passionswege” format is to shed a little light on these secrets by inviting young designers to work with traditional manufacturers. Every year this leads to new and unexpected results. For the 2018 edition the Swiss design team Kueng Caputo and the highly specialized case maker Friedrich Fialka came up with a series of medals for compassionate behaviour, while the passement factory M. Maurer collaborated with the young Austrian Laurids Gallée on intricate lamps using metallic thread.
Gabriel Roland, Curator

Read also: Since 2006, the Passionswege projects have been matching the abilities of young international designers with the skills of the best traditional craftspeople in Vienna

A tour of modern Vienna: from Hermann Czech to Adolf Loos
One of my favourites from this year’s festival program is the tour with the renowned Austrian architect Hermann Czech to legendary places that he designed himself, such as Wunder Bar or the Kleines Café, as well as to places by Adolf Loos such as the Bridge Club and Loos Bar. In case you can’t join us for this, make sure you follow us on Instagram or Facebook, we’ll make you feel part! #VDW2018
Vanessa Lindenau, Social Media Manager

Visiting places of protest by bicycle
It has been made official numerous times: Vienna is one of the most liveable cities in the world. But Vienna is also capable of showing stark opposition and sly subversion when provoked. That is why Vienna Design Week has taken up “Protest” as one of its topics in 2018. Not only will there be an exhibition of new protest posters, but Erwin Bauer, the curator of the festival’s graphic design format, will also give a bicycle tour to places of protest around the city.
Julia Schanderl, Project Manager