Contemporary design is moving into the enchanting setting of the Teatro Sociale in Como, with a new initiative aimed at an international audience. The event's co-founders Margherita Ratti and Lorenzo Butti tell us more. 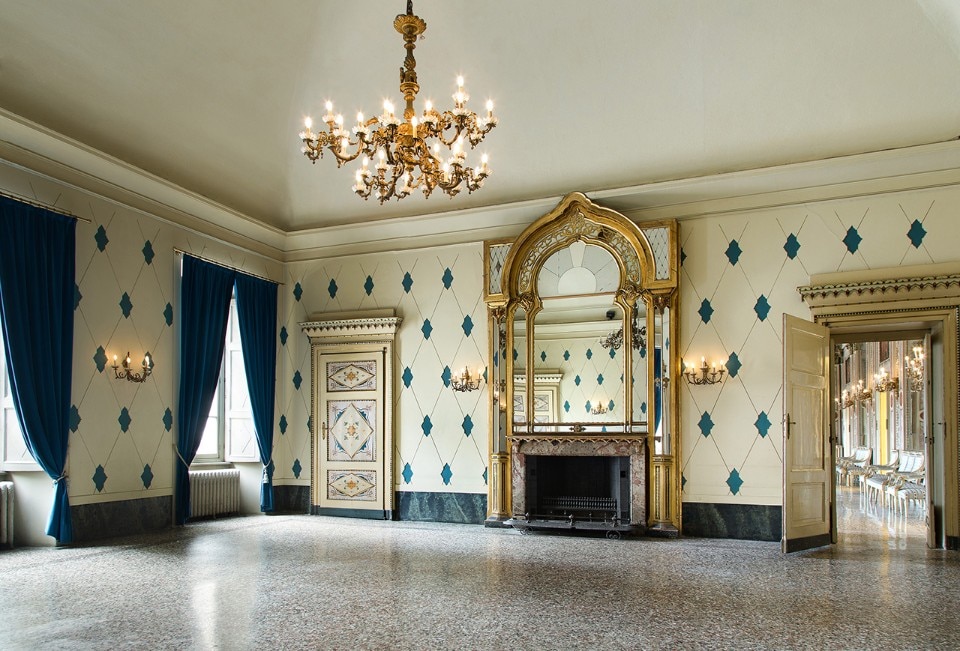 This September, a new rendezvous has been added to the international agenda of contemporary design: the first instalment of Lake Como Design Fair, announced as a reference point for emerging talents. In the enchanting interior of the Teatro Sociale in Como, a sumptuously appointed opera theatre built in 1813, a selection of 100 objects from all around Europe will be on display and for sale. They are divided into three categories: chairs, vases and screens “each with a different type of inspiration,” says Margherita Ratti. As an example, she describes two screens. The one by Duccio Maria Gambi is a reference to the wall between Israel and Palestine. The one by Pietro Russo revisits a partition he saw in an ancient church in Noto, Sicily. The same wide variety is found in the range of materials, shapes and styles.

In this gallery: projects at Lake Como Design Fair
01 / 12
Share
Pin it

“The idea is a trade show with the appearance of an art exhibition,” explain the co-founders. Everything can be bought, including the furniture of the café and the bookshop, built to a design by Draga & Aurel, and the lighting by Demetrio Zanetti of the Demosmobilia company. The fair catalogue will be more like an art review with a number of essays by design writers such as Oscar Duboÿ. Its function is not only to be a sales reference, but a snapshot of the contemporary design scene found at the privileged and shared observatory here in Como.

Even a simple chair will have a role in the surprise effect generated by the exposition layout, which is designed as if it were part of the actual theatre

“The event will be a commercial and informative at the same time, where even a simple chair will have a role in the surprise effect generated by the exposition layout, which is designed as if it were part of the actual theatre,” says Ratti to describe her curatorial approach. “The 100 objects, selected from open entries and direct requests, have a link to the surroundings in which they will be presented, the Teatro Sociale. The 40 chairs representing 40 years of design history are iconic pieces we are all familiar with. The vases, which are more accessible for their smaller size, are eclectic in their wide range of shapes and ornamentation. The screens are furnishing elements that have been a bit forgotten, but here they contain references to architectural space, scenography and interior decoration. Designers, architects and artists have produced the items on display in these three object categories, and each was developed on different levels,” continues Ratti. In the large rooms, the display structures will be kept to the bare minimum in order to allow for a direct comparison between the objects and the handsome interiors of the theatre. An additional section will feature graphic work connected to the design world, and  it should be noted the partnership with Wopart, the Work on Paper art fair held in Lugano, Switzerland during the same days as the Lake Fair, from 20 to 23 September.

About 40 per cent of the objects on display at Lake Fair were specially made for this event. The chairs, vases and screens were created by famous and emerging designers alike, including Andrea Branzi, Konstantin Grcic, Donald Judd, Pierre Gonalons, Giuseppe Arezzi, Dean Brown and Stories of Italy. Manufacturers include Thonet, Alias Design, Desalto and Tubes. Design producers present are Perfect Documents and Paradiso Terrestre. Exhibiting galleries include Camp Design Gallery, Atelier Jespers, Cabana Mad, The Impermanent Collection and A1043. After all, "today's types of production and promotion are highly diverse," says Ratti.

“This is not a one-time experiment. To the contrary, our aim is to become a significant point of reference. We are already working on the next instalment,” says Lorenzo Butti, the director of Lake Fair. Why Como? “Besides the personal bond we have with this city, there is a tradition of avant-garde architecture and design in Como. Just think of Ico Parisi and Giuseppe Terragni. The Teatro Sociale lies right next to Terragni's Casa del Fascio. We chose Como for its cultural background and international atmosphere.”

Sign up for our newsletter and get domus in your inbox
In this gallery: Ridotto del Teatro Sociale, venue of Lake Como Design Fair
01 / 12
Share
Pin it

Lake Como Design Fair is part of a larger plan drawn up by the association Wonderlake Como, founded by Butti one year ago. “I come from these parts, but I never really lived here,” he says. “Now that I have returned, I discovered conditions that are ripe for an international audience. I promote this with editorial projects and cultural initiatives that often have the goal of rediscovering places with artistic and historical value, such as the theatre here. Events held in the provinces acquire an international flavour through the quality of their content. In this case, there is an interesting conceptual exchange between the contemporary pieces and the ancient frescoes, which is the reason why we wanted to avoid the use of stands in the rooms. It will be beautiful.”