”What I am really interested in is invention, engineering and marketing, rather that the design process. I think that true designers should take an interest in the entire production chain. Thus, I am occasionally a designer. I tend to stay on the sidelines, and at times I create a product which has been mainly designed through an interest in materials and technology.“ 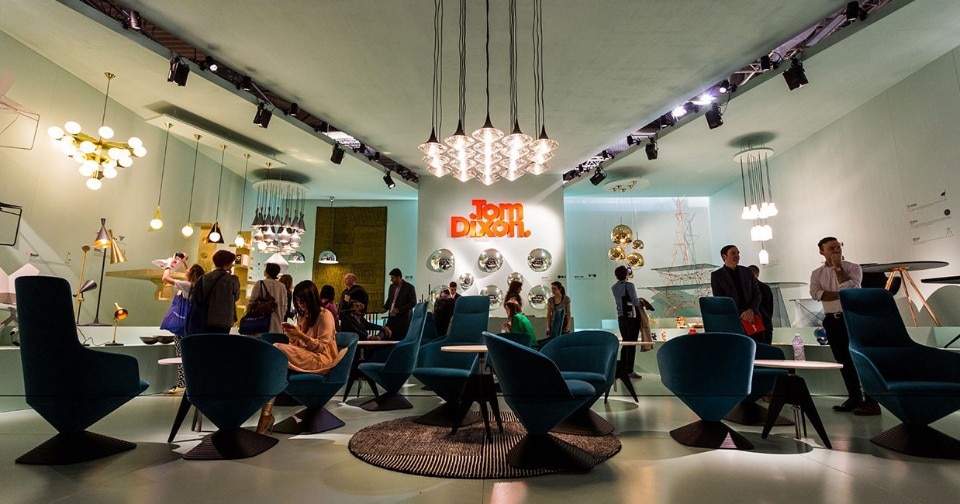 Tom Dixon was born in 1958 in Sfax, Tunisia, to an English father and a French-Lithuanian mother. He moved to England at the age of four, and briefly attended the Chelsea College of Art and Design, without however obtaining any qualifications.

A self-taught welding enthusiast, he began his career by creating furniture from recycled industrial waste – items which were made almost by improvising the practically instant processing of metal without any preliminary drawings. One of the founding members of the Creative Salvage collective, which was set up in London in 1985 and through which he sold his first works, he came into direct contact with the movement which is now known as “New British Sculpture”, which emerged in the city through the exhibition “Objects and Sculpture” in 1981 at the Institute of Contemporary Art. Dixon shared an interest for the use of industrial waste with the new English sculptors.

1985 was a turning point for the English designer. He was discovered, via Creative Salvage, by Giulio Cappellini, who proposed a collaboration with his family’s company, one which was to become very fruitful. Dixon was launched onto the international market and presented as an enfant prodige of contemporary design, immediately gaining notable visibility. This period saw the design for the S-Chair (1991), the sinuous seat with a painted metal frame whose upholstering ranges from leather to felt, and from wicker (the current version is part of the permanent collection at the MoMA in New York) to rattan; the “Bird Chaise” (1991), the rocking chaise longue in particle wood, metal and polyurethane foam whose form recalls a bird in flight; the “Pylon Chair” (1992), made completely of thin metal wires hand welded and powder painted in a range of colours, recalling the image of a high-voltage pylon.

See also: back to basics

His Italian experience lasted however for just a few years, and in 1989 Dixon returned to London, where he set up the Space studio, initially dedicated to the production of metal furniture and commercial set-ups and interiors. The studio was soon to be accompanied by the Space Shop, the showroom which sold products designed by Dixon himself and the young designer he worked with. He became his own boss, setting up a design system which was completely different from the Italian style, in which a key role was played by the relationship between the designer and the company willing to produce the items, one which had in some way already been explored by Ingo Maurer.

The confines between brand and individual were annulled, even more so when Dixon saw the need to include strategies for sales, communication and marketing in the corpus of each project, which included not only the artefact, but also critical articles, advertising campaigns, and company magazines which he contributed to.

Alongside experimentation with metals, Dixon more slowly developed an examination of plastics, for which he sought out a partner company that could satisfy his requirements. This search was however in vain, and ended in the founding of Eurolounge, the dedicated company set up in 1994 with which Tom Dixon created “Jack” (1994), a chair which became an iconic representation of his design style. Conceived as a lighting element in coloured polyethylene, stackable, easily handled and suited to informal use, free from all definition, “Jack” is the result of a technological study which led Dixon to examine roto-moulding, at the time more suited to the production of traffic bollards and toys and rarely applied to furniture design.

2002 saw the founding of Tom Dixon Ltd., which had the declared purpose of redefining the panorama of British Design through the production of lighting and furniture and which was an extraordinary success. This was followed in 2010 by the opening of the first flagship store set in an ex-warehouse from the Victorian period, and the Design Research Studio, a workshop of young designers dedicated to the fitting out of commercial spaces and interiors carrying the Tom Dixon brand. This quickly led to the beginning of the collaboration between Dixon and a number of international companies who called on him to act as art director. These included Artek – closely related to the Swedish maestro Alvar Aalto – and the French chain Habitat

Important items from this period include the “Cone Light Tripod Stand” (2004), a tripod on which oversized conical forms were mounted which, due to their highly reflective internal surfaces, allowed the light from a simple bulb to be boosted to extremes, and the “Felt Shade” (2006), a felt light which used a manufacturing process consisting in the heat-pressing and sculpting of various layers of this particular material. These were all works produced for his brand, alongside objects for third parties such as the “Fresh Fat Plastic” chair for Selfridges and the “Flame Cut” series (2008), the latter presented at the “Reconstruction #3” exhibition. The artist’s playground” at Sudeley Castle in England, is composed of a table, chair, chaise longue, rocking chair and cot which Dixon defines as “impossible”. Disproportionately heavy and cold to the touch, the furniture – installed in the garden of the Castle that once belonged to George II – are made of steel in a very short run (between eight and twelve pieces each) and can be dismantled, as they are made of sheet steel bolted together. The series is an ironic examination of the theme of foldable, stackable and modular furniture.

2010 was also the year of a veritable event, organised by the English designer at the International Furniture Fair in Milan, where the “Flash Factory” allowed visitors to try their hand at putting together one of the proposed products with the help of carefully-selected factory workers.

The wide-ranging production of the artist includes the publication of “Rethink” (2000), the first book written as an examination of his career, in which Dixon invites readers to freely identify simple, diversified and individual uses for ordinary objects. “Rethink - he wrote - means looking at the world of existing objects in another way. Trying to find the enigmatic beauty in the everyday and banal. Identify opportunities to reach an objective, even when this is unintentional. At times it means domesticating industrial manufacturing for domestic use, always keeping our eyes wide open”.

In the words of Italian architect and designer Andrea Branzi: “Understanding the world of Tom Dixon, his way of designing and producing, is an interesting task, as, unlike many of his peers, nothing is left to chance and everything has a meaning.”