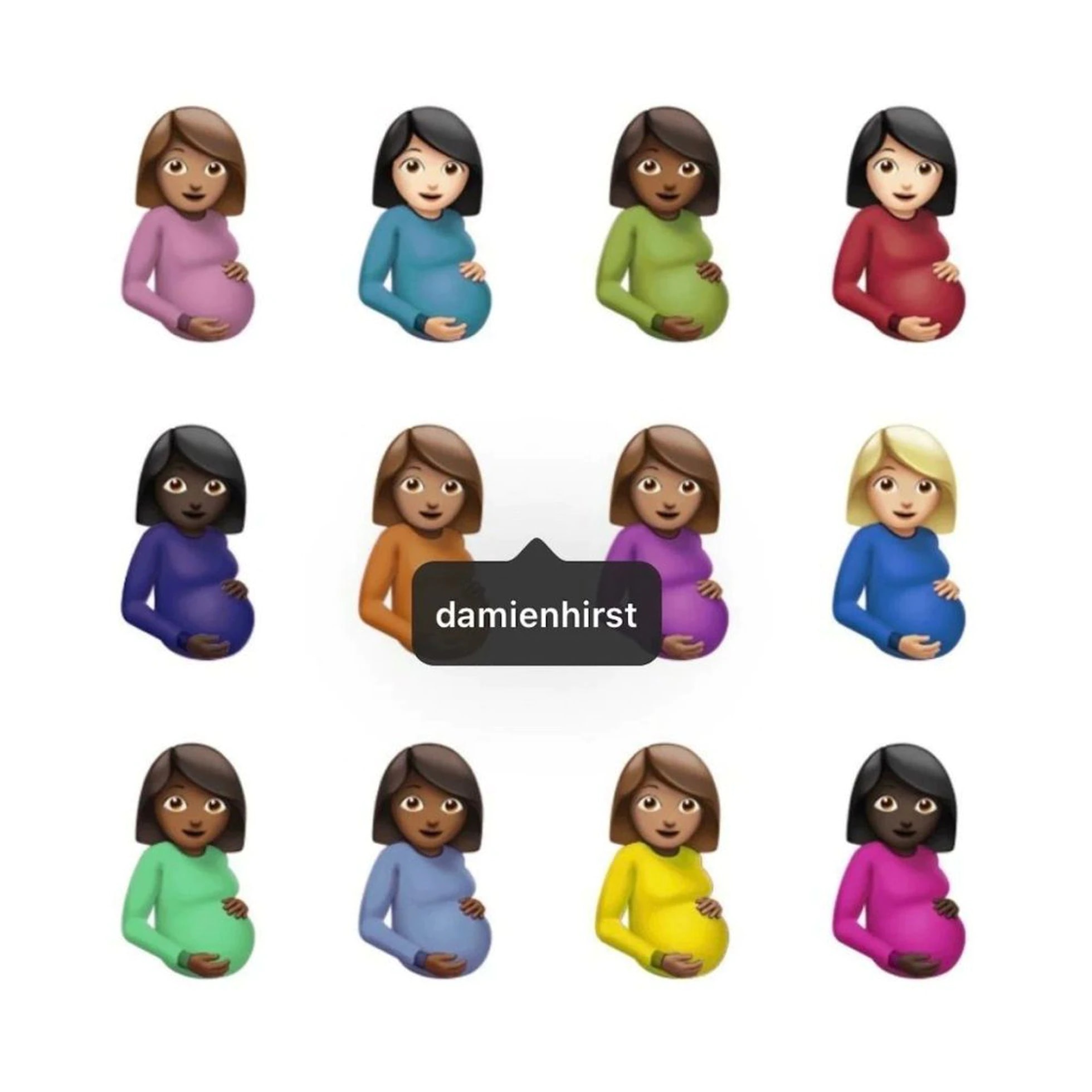 12 emojis of pregnant women: this is the cover of American rapper Drake’s sixth album, Certified Lover Boy, released on 3 September. An unremarkable and almost banal image, in the age of smartphones and compulsive texting -  but nonetheless signed by controversial British artist Damien Hirst, famous for his provocative works including a series of animal carcasses submerged in formaldehyde.

Launched as a post on Drake’s official account but animated in the Apple Music version, the cover seems to be a reference to Hirst’s Spot series, literally coloured dots painted on canvas, which the artist recently launched in an NFT version.

The American rap scene is no stranger to collaborations with internationally renowned artists: only last month Kanye West launched Donda, named after the rapper's late mother who passed in 2007, which initially featured a painting on paper by Louise Bourgeois, FEMME, but was later replaced by a simple black box, for reasons unknown.

The French-American artist Bourgeois is known for her depictions of female bodies and especially for her representation of her relationship with her mother, to whom she dedicated several sculptures in the shape of... spiders.

Opening image: the cover of the album Certified Lover Boy by Drake signed by Daniel Hirst. From @champagnepapi/Instagram