From a massive portrait facing up in the heavily bombed Khyber Pukhtoonkhwa region of Pakistan to Didier Faustino’s explosive architectural installation, here are this year’s best art stories. 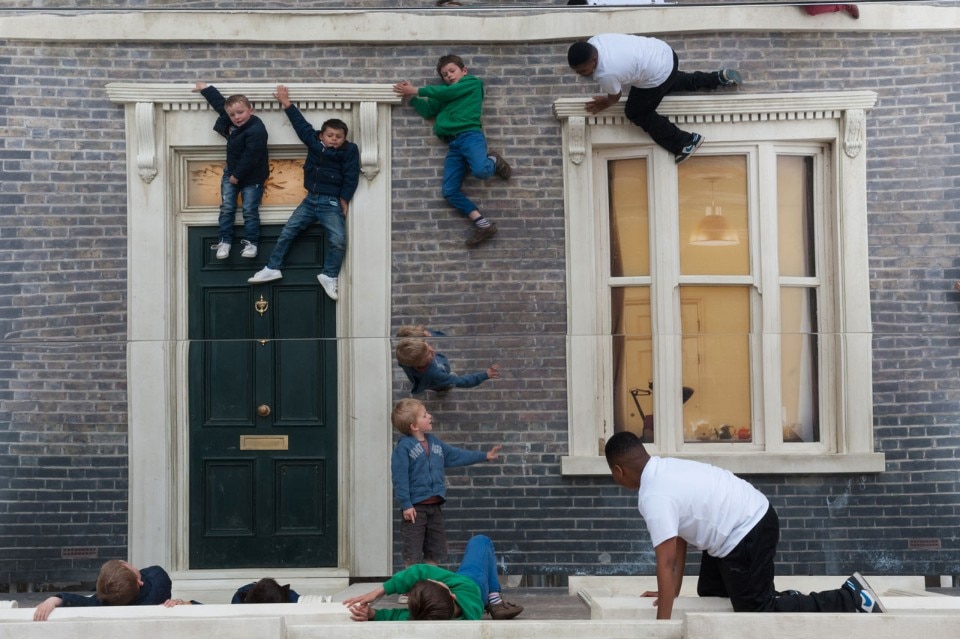 In our selection of the best art stories of 2014, fifteen installations, exhibitions and provocative projects.

– Leandro Erlich, Dalston House: in Hackney, a temporary installation by the Argentinian artist is comprising a life-size house façade lying face-up on the ground with a mirrored surface positioned overhead at a 45-degree angle.

– July 22 Memorial: chosen for the July 22 Memorial sites to remember victims of the 2011 Utøya massacre, Swedish artist Jonas Dahlberg proposed a wound within the landscape itself.

– Disobedience Archive: artistic practice in relation to political action: the videos at SALT Beyoğlu survey forms of “disobedience” from the 1970s Parco Lambro uprising in Italy to the Gezi Resistance in Istanbul.

– Kara Walker in New York: Kara Walker’s big sculpture made of white sugar will stand vigil over the Domino Sugar Refinery’s final days, as it prepares to undergo gentrification’s own refining process, via the wrecking ball.

– The strange city: "L’étrange cité", a monumental artwork created by the Kabakovs at Paris' Grand Palais, is an utopian city summing up the philosophy of the artist's pair.

– The Phaistos Disc’s Secret: invited by Dakis Joannou Polish artist Pawel Althamer turned the Hydra slaughterhouse into an interactive space, in which communication and creativity merge to construct a tangle of intimate relationships reminiscent of those formed within the family nucleus.

– Invisible Violence: the exhibition coproduced by Artium, Vitoria, and the MoCAB, explores the so-called invisible violence as it is discernible in everyday ordinary life.

– This is not a love song: in response to Natalie Seroussi’s invitation Didier Faustino implements an explosive architectural installation in the setting of the amazing villa designed in the 1950s by André Bloc.

– My dreams: Gian Maria Tosatti’s work at Castel Sant’Elmo, My dreams, they’ll never surrender, is devoted to all those people who have spent their lives in prison because of their ideas.

– Joan Jonas’ narrative season: more than installations, the many works arranged in the dark nave of the HangarBicocca are complex relational machines, chasing each other on before coming together in a bouquet worthy of a queen.

– Maria Lai, Ricucire il mondo: a year after her death, Cagliari, Nuoro and Ulassai are holding a retrospective on this Sardinian artists, able to interpret her homeland without ever being local.