A year after her death, Cagliari, Nuoro and Ulassai are holding a retrospective on this Sardinian artists, able to interpret her homeland without ever being local. 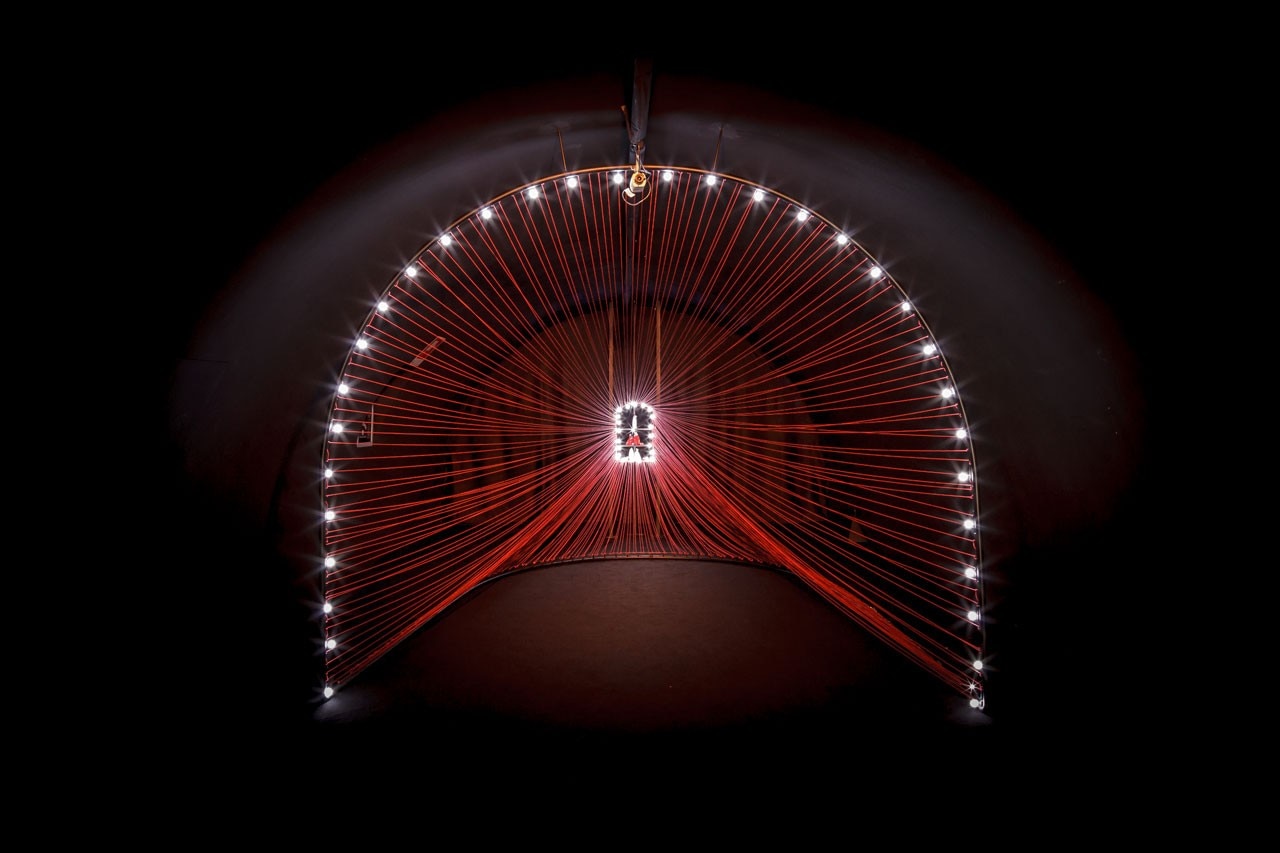 A year after Maria Lai’s death, the three Sardinian centres of Cagliari, Nuoro and Ulassai are holding a retrospective on this visual artist who, perhaps more than all her fellow Sardinian artists, successfully implanted a wide-ranging work in deep-felt cultural roots.
The result is a varied but consistent work that draws on traditional chores – frequently manual and primarily female – seen as a form of individual creativity; but she also went farther, always combining the dreamy component with clarity, ideas and the radical input of a watchful consciousness. “What you see, namely the contemporary culture which I definitely acquired outside Sardinia and that allows me to dialogue with the world, is but the tip of the iceberg. [...] Behind me are thousands of years of silence and attempts to create poetry, celebratory loaves and loom yarns.”

Maria Lai explained her ability to interpret her homeland without ever being local. Similarly, although her work places every object and gesture at the centre of a mesh of stories and relations, making everything more interesting, the anthropological dimension never smothers her poetic research.

Maria Lai was born in Ulassai, Ogliastra, in 1919. She spent serene early years there and that harsh but luminous landscape dotted with small remote villages clinging to windswept rock-faces was forever etched on her gaze. The same can be said of the activities she saw around her: primarily women’s domestic chores that aroused her curiosity and fuelled her imagination. Everything appeared full of meaning.

She herself told how it was the huge gorge overlooked by her town that fired her imagination as to what lay beyond; and that, on seeing her grandmother darning sheets for their home, she imagined she was writing fairytales to tell her grandchildren. This quest for meaning and to see further generated new spaces and visions, and always formed the core of her work, which ranges from the early drawings, mostly pen or pencil portraits of relatives and friends, to the temperas portraying women at work with just a few concise lines and the paintings in which houses, shepherds and flocks of sheep coalesce with a barren landscape.

These were followed by works in which Maria Lai employed a variety of materials, from yarn to slate, or shaped terracotta as if bread. Numerous works were inspired by weaving, adopting both its expressive gestures and its inner meaning – that of linking past and present, tradition and innovation, history and myth, craft and concept. There were also many books: mostly sewn but fashioned out of every imaginable material, from paper to bread, ceramic and fabric. Lai combined images with asemic writing that conveys emotions and impressions.

Geography and the landscape were fundamental components of her work from the very first but, from the 1980s on, an environmental connotation rose to the fore and her emblematic Legarsi alla montagna (Tied to the Mountain) dates from 1981. Created in her hometown of Ulassai, this work was inspired by a request for a war memorial. Lai declined but it prompted a reflection that resulted in her counterproposal, made a year later.

She organised a collective action inspired by a legend that is the shared heritage of the local population. During the operation, a blue ribbon, created by the locals from a long piece of fabric, joined up the houses and families in the town and then rose to and encircled the top of the rocky spur that looms over the town. A knot was tied between one house and another, a symbol of friendship, to which a loaf of Sardinian bread was hung. This resulted in the whole town and its mountain being bound together, generating both the effect of a real and shared experience and a successful metaphor of the social network – one made of bonds, values, sentiments, emotions and relationships that, although not always easy, are no less vital.
This collective work was followed by others in several cities in Italy and abroad, from Villasimius to Cagliari and the Centre Pompidou in Paris, such as La disfatta dei varani (The Defeat of the Lizards) in Camerino in 1983 and L'alveare del poeta (The Poet’s Beehive) in Orotelli. In many cases, these experiences were linked to the school and children’s universe, featuring sewn fairytales, books, calligrams and workshops. Lai was convinced that art should bring joy but, more crucially, awaken the mind, and that we must stimulate the young generations. So, as her work with the theatre grew, she also conducted numerous theatre-school programmes.

Meanwhile, after Legarsi alla montagna, Maria Lai continued to work in Ulassai producing still visible site-specific projects, including La strada del rito (The Street of Ritual - 1992), Le capre cucite (The Sewn Goats, 1992), La scarpata (The Escarpment - 1993) and the restoration of the old  wash-house, in which she involved other artists such as Nivòla, Strazza and Veronesi.

Finally, it was also in her hometown that the artist opened the Stazione dell’Arte, in 2006. The small building - overlooking the gorge and always exposed to a reinvigorating wind – was the town’s railway station until the 1950s. By converting it to an art space containing the approximately 150 works left to Ulassai by the artist and a venue for other exhibitions and initiatives, Maria Lai embraced its role of propulsion and as a crossroads: yet again, art served to weave worlds and then implant new ideas in them.