Linda Fregni Nagler's research at the Venice Biennale is made up of 997 images of women: hidden by their children, they reveal women's role in society between nineteenth and twentieth centuries. 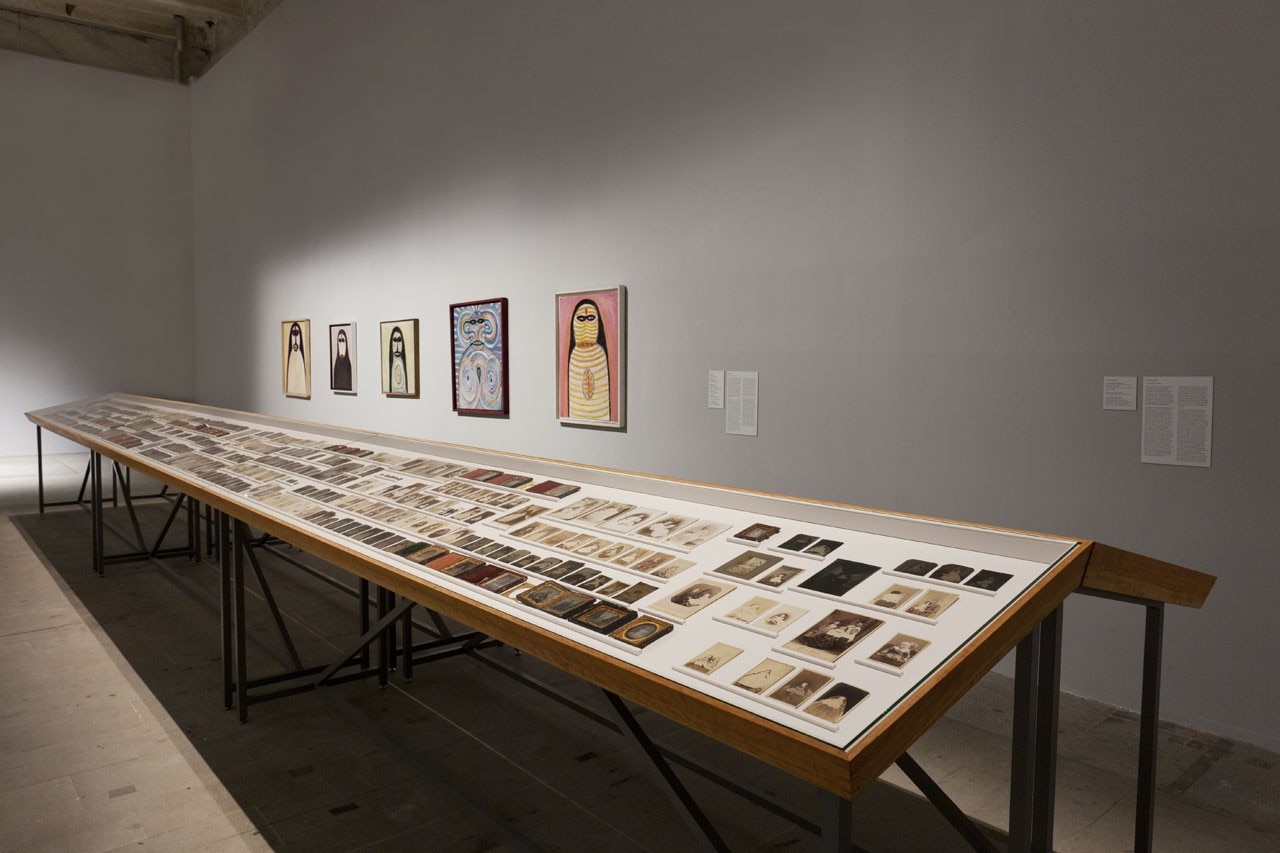 It took more or less a decade to collect them. Then it has taken over five months to arrange them at the Arsenale, where they have taken a highly elegant, understated form. Linda Fregni Nagler’s photographs are on show to the public as a single work, part of the section of Massimiliano Gioni’s exhibition "Il Palazzo Enciclopedico" which has been curated by Cindy Sherman. Nagler (b. 1976) is one of the very few Italian artists that the curator wanted with her in this year’s exhibition; other work by the Italian has also appeared several times in recent years in the pages of Domus.
The series, entitled The Hidden Mother, is made up of almost a thousand images (997 to be precise) displayed in a display case nine metres by a metre and a half that the artist had made specifically for the exhibition. There are daguerreotypes, ambrotypes, ferrotypes, albumen prints and polaroids, all taken between the 1840s and the 1920s. Put in a line, they measure a good 57 metres.

The images are of women, visible and yet also hidden. At first glance, the female figures seem veiled, particularly if you view the images in the case one by one. They are subtracted from the meaning of the photographs while helping to create them, cancelled out so that the focus is on another subject (mostly children, posed in front of the camera with their mother’s invisible help).

Organised in groups, the images reveal – at least in part – the role of women in society between the nineteenth and twentieth centuries. What sets Linda Fregni Nagler’s work apart is not just that she has collected these images and ordered them with the eye of an artist, but that she has also skilfully communicated the idea that in each photograph there is no boundary between what the image represents and what makes it visible and constitutes its scope. Linda Fregni Nagler, who also teaches, in the tradition of some great Italian artists, such as Giuseppe Penone, and Ghirri and Munari in their day, takes us, in a way that is both serene and disturbing, into the heart of an immense photographic problem.

The most complex thing for the Italian artist must have been not just to find and choose the images, but also – and most of all – to set up a rhythm between them in a way that preserved the power and intensity that they had when there were for her simple, private documents. The photographs were collected one by one, unearthed from the four corners of the world, but observed and discovered in the intimacy of her studio. How did Linda Fregni Nagler manage to recreate both the tranquillity of the act of collecting and the emotion that these images create, preserving too that estranging sense of surprise that the art of photography has for everyone, even the layman?

Milieu: mille lieux. “The centre: a thousand places”, as the poet Edmond Jabès said, a dictum we should never forget. It is useful here as a way both of outlining what happens when the light enters the lens and exposes an image and of defining what happens in this – perhaps magic – display case, which runs along a whole wall of the exhibition space. This huge collection, patiently assembled by Nagler, is truly astonishing. It is difficult to describe the feeling created by observing the sequences converge each instant towards certain shimmering nuclei in the eye of the person examining them – but it is so strong that it encloses and recalls in echo form every other image in the exhibition, even those that are ostensibly very different.

There is a sweetness, and also – paradoxically – an irony, in everything that you find on the edge of an image, in everything that enters it only in a minor key. True enigmas of Sherman’s section, these mothers at the periphery of the gaze, these children suddenly fixed and expelled from time – as in every photographic experiment – sweetly haunt the visitor to Gioni’s exhibition. They bring as a gift a kind of mysterious atlas that makes a still-unexplored vernacular genre of photography emerge at the end of the image. They dialogue silently, opening up other horizons, with the underlying theme of this 55th Venice Biennale.