A chalet contains another chalet in Ukraine

In Lviv, Symmetry integrates a late 19th century suburban house in a new high-density residential complex, which is its contemporary and supersized version. 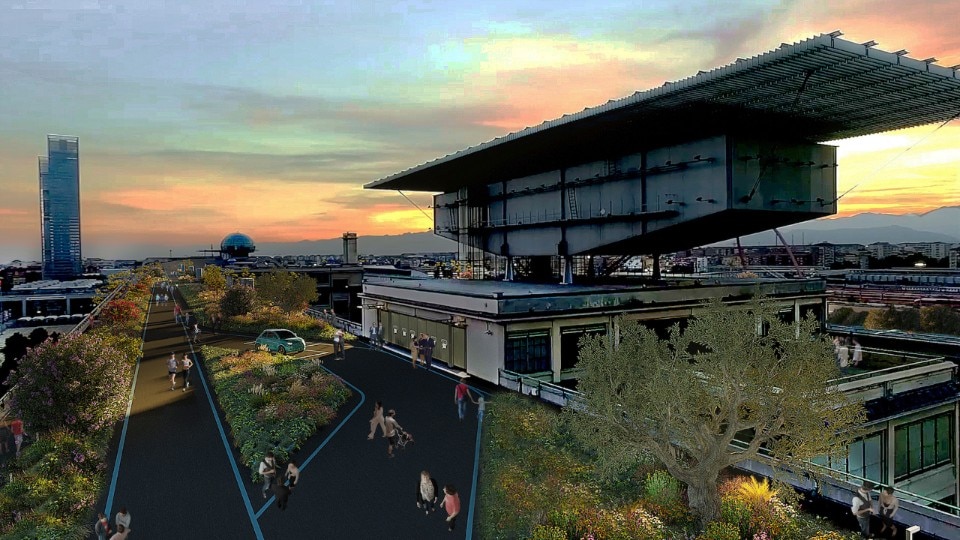 The historic center of Lviv, at the Western borders of the vast Ukrainian territory, is listed amongst Unesco’s World Heritage Sites. At the same time, around the ancient urban core, the contemporary city grows rapidly, and in doing so it crosses fragments of a more ordinary heritage, which are worthwhile mostly as they are ever more rare.

This is the case, for instance, of the Swiss-style chalet that was renovated and extended by Symmetry, the local firm founded by Mykola Rybenchuk. The small late 19th century suburban house is not an architecture of great value, but it is the material legacy of a long gone moment in the city’s history. Furthermore, the pavilion shows that generosity, in terms of construction care and decorations, which is inherent in an almost handmade approach. The latter is necessarily denied to a large scale real estate development as Symmetry’s.

Therefore, the chalet is preserved, even though the client envisioned its demolition. Its shapes and atmospheres resonate in the new residential building's silhouette, as well as in some of its features: the gigantic double-pitched roof, the grooves of the metal cladding, resembling wooden slats, the detailing of handrails.

More substantially, the ancient house becomes part of the modern house. It functions as its spatial core, because all dwellings are accessed through this hall. And it stands out as its veritable representative space, a sort of a high-end reception which is supposed to reverberate its quality and its personality on the standardized units of the whole complex.

Read also: Another example of contemporary architecture in Ukraine. The house designed by Sergey Makhno for his family is a stratification of materials, a wunderkammer made of objects and textures where each room is a world of its own.