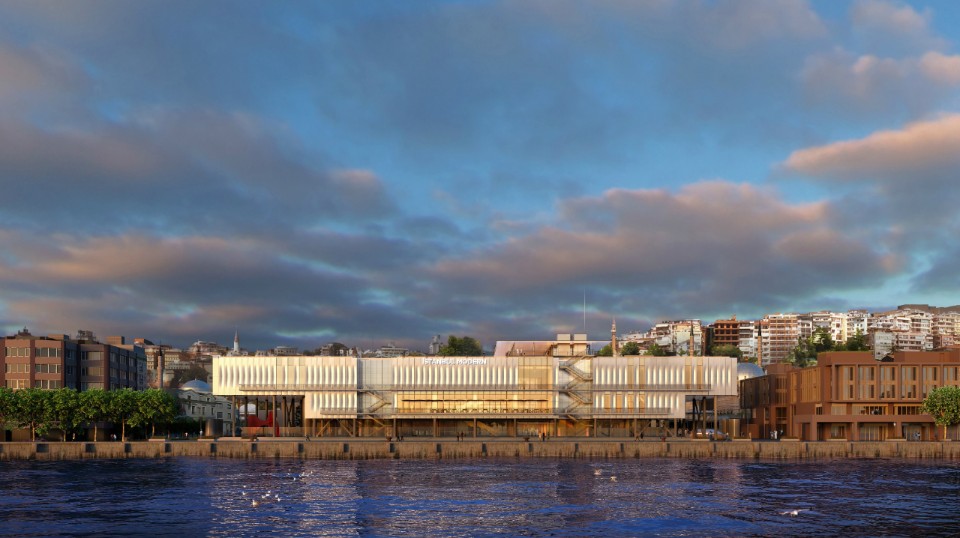 Frida Escobedo’s design for a residential block in Mexico City imports in a medium-density urban context some qualities which can are commonly traced in areas of more extensive urbanization.

The element of greatest interest of the Mar Tirreno complex is certainly the experimentation on the topic of the threshold between the house and the city, from different perspectives: as the construction of sequences of private, collective and public spaces, as well as in terms of creating a visual filter, ensuring the domestic privacy.

Escobedo draws inspiration from the morphology of the vecindad, typical working-class neighborhoods from the early 20th century. She organizes dwellings in two blocks, separated by a private alley, where they all overlook, and which also represents a crucial meeting place for the residents. Each apartment is structured as a duplex and provided with a patio, adding a further layer to the transition between the architectural volume and the void.

All elevations are made of custom-fabricated concrete blocks, either full of partially hollowed-out, and laid out in different positions. This choice results in a compact, massive building, featuring never-ending twilights and chiaroscuro, a solid which is made vibrant by the subtle variations in texture and color of its only material, rather than by an excess of architectural language.

Read also: In 2018, Frida Escobedo designs the Serpentine Pavilion, the youngest architects to ever receive this prestigious commission.