Souto de Moura: “I’m like a doctor, or an apple tree”

The Portuguese approach to architecture as told to Domus by one of its masters: an anti-archistar, a thinker rather than a communicator, a convinced pragmatist who quotes Calvino and Lukács. 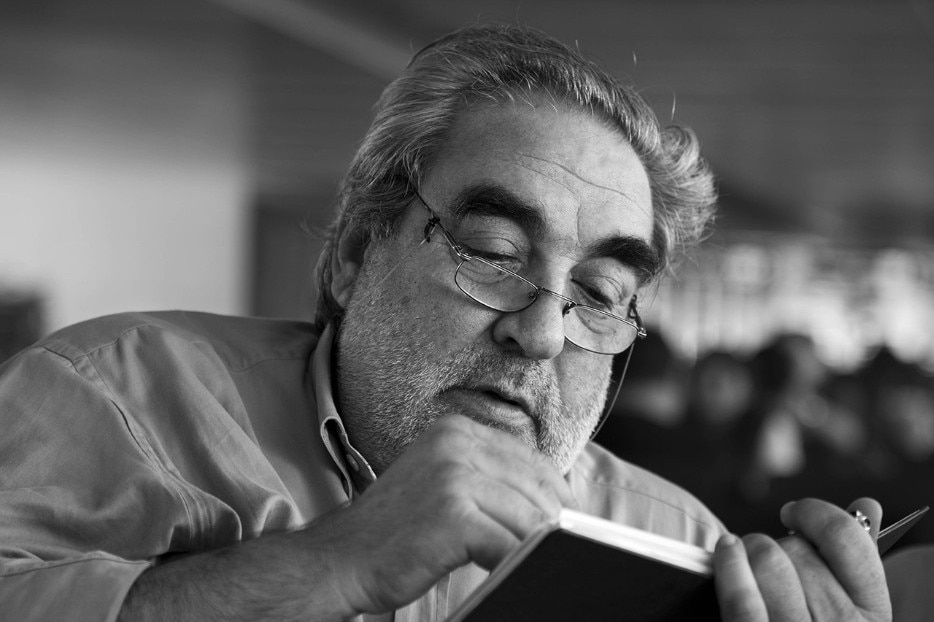 Eduardo Souto de Moura (Porto, 1952) belongs to that small group of modern-day architects who, despite their worldwide fame, resolutely – in his case, more like peacefully – refuse to adapt to the hyper-visibility of contemporary communication. In other words, and turning the logical construction of the sentence on its head, it can be said his global recognition is not the result of media overexposure.

Souto de Moura is a solid and shy character, a thinker and not a communicator, a builder and not a salesman, a regionalist – of a “critical regionalism” as described by Kenneth Frampton – and not a passepartout. In this he sums up the distinctive traits of the genealogy of Portuguese architects to which he belongs, that Porto School whose boundaries are blurred but which certainly includes the potential founder Fernando Tavora (1923-2005) and Souto de Moura’s direct mentor, Alvaro Siza (1933), with whom he has developed many fruitful collaborations over time.

Interviewing Souto de Moura is an atypical, refreshing, enriching experience. It is a critical and thoughtful conversation rather than a pragmatic exchange of information, a real-time reflection and not the automatic regurgitation of previously written texts – which are usually the simplified and catchy ones published in press releases. It was a surprise, you might say, just as it was a surprise when he changed the theme of the lectio magistralis he gave at the Sapienza University in Rome on April 12, on the occasion of being awarded an honorary degree in architecture.

“Initially I wanted to talk about pre-existence and continuity” Souto de Moura explains “which actually means talking about everything in architecture. That same morning I changed the whole story. I focused on the concepts of lightness, understood as the opposite of gravity, and weight, mass, which is inherent in the final image of a building. I referred to Italo Calvino and his use of these terms to describe the two opposite vocations in literature. And I built a link between literature and architecture through the project I am designing [with META architectuurbureau, ed.] for the new convention centre in Bruges. It is a massive building that seems not to touch the ground, almost paradoxical in the way it lies on its completely transparent base, which is an open space in continuity with the public space of the city”.

Souto de Moura’s studio does not have a web page and it is not always easy to find images of its projects. Even for the Bruges convention centre, still under construction, you have to rely on the main architecture news sites. When asked about this anomaly, about his reluctance to appear, Souto de Moura responds by shifting the focus to the civic value of the architect’s work: “I am like an apple tree, a tree that makes apples” he replies, as always, in perfect Italian “or a doctor if you prefer. The starting point of my work is definitely pragmatic: I am called and paid to respond to a civic problem. Then, it may be that the answer I give is enthusiastically accepted: architecture is not art, but it can become so if the communities that experience it turn it into heritage”.

There is a defiant aspect to Souto de Moura’s public persona, impatient with the categories assigned to him, which he perceives as super-imposed on a more complex reality. He agrees that contemporary Portuguese architecture is obtaining the approval both of critics and the public, but he questions the relevance of the term Porto School: “I don’t know what the Porto School is. The Porto School is not an axiology, it is rather an environment, but I am not attached to this delimitation. Besides, I wonder why today we don’t talk of a Lisbon School, since there are also many high-level designers in Lisbon who share a similar approach to architecture. In any case, if Portuguese architecture appeals to both critics and the public, it is because it has worked from the beginning with few means, it has been and still is an architecture of ‘domestic economy’, so to speak. It is a conceptually small-scale architecture, like Portugal itself. That is why it is immediately comprehensible to many audiences, even students and people who come from very different fields. A fundamental idea to describe Portuguese architecture is that of “adaptation” – in the sense intended by Georg Lukács, which is the same meaning used by Giorgio Grassi – that is, the capacity to always assume a dialectical position, and to define one’s own identity based on the contexts encountered. This is another element that contributes to its comprehensibility”.

These reflections apply to the works of Souto de Moura as well as those of Siza. The most ambitious project they have worked on is the Porto metro. Between 1997 and 2005 they worked together on the approximately 70 km of the network and its main stations. “An architect alone cannot design 70 km and, in fact, my role was that of a coordinator, of a ‘master’ who set the rules for all the others, who developed the individual projects for each part. I set up a sort of Neufert [the most famous and widely used design manual in the western world, ed.] for the metro, establishing a set of elements, like a deck of cards from which everyone could draw”.

“It was also a matter of budget” he continues “We couldn’t afford to have 70 different handrails on 70 km of metro, so we decided in advance the detail of the handrail to be used on the whole line. I also conducted the dialogue with the city and all its municipalities: I convinced them that the metro was an opportunity and that we needed to invest in it and the spaces it crosses. I also proposed and obtained that all the substructures and installations should be removed from the tracks, with two positive effects: on the operation of the line, which is not interrupted by ordinary and extraordinary maintenance work on other infrastructures, and on the city’s public spaces. The need for this practical operation, linked to the “functioning” of the city, has also encouraged the completely extensive and pervasive redesign of Porto’s streets and squares”.

Souto de Moura’s account of this experience is both lucid and poetic, and testifies to his surprising ability to combine pragmatism and vision, management of complex processes and construction of shared imaginaries around the design project.