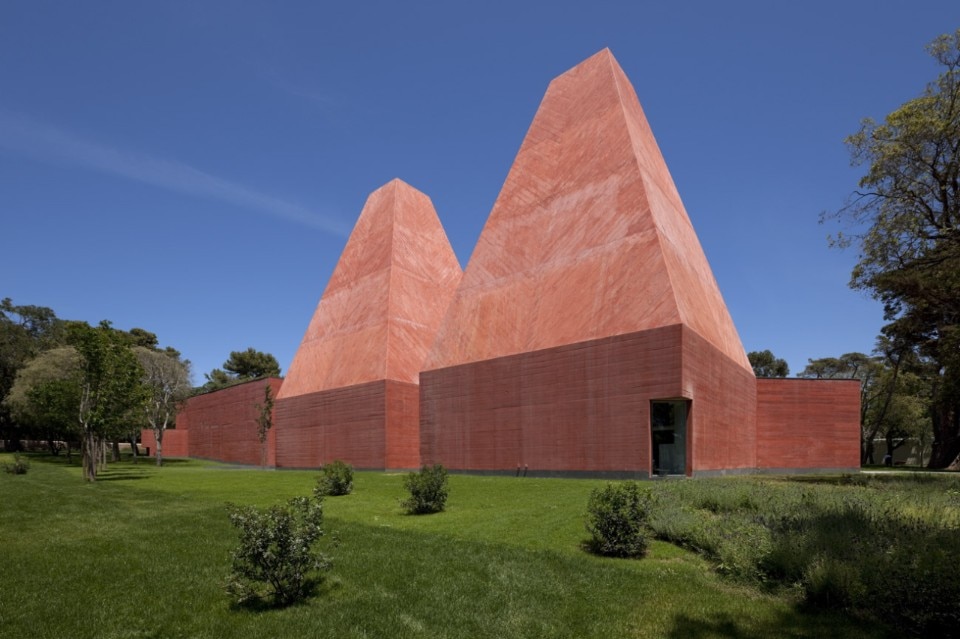 According to a shared historiographic interpretation, a continuous thread links three generations of Portuguese architects, whose most prominent figures are, in order of appearance, Fernando Távora (1923-2005), his disciple Álvaro Siza (1933) and the latter’s former collaborator Eduardo Souto de Moura (1952).

Working on the threshold between tradition and modernity, gifted with outstanding formal mastery and at the same time profoundly preoccupied by the social dimension of the architectural discipline, the three of them have been revolving around the Porto School of Architecture, and have largely contributed to reshape their city’s contemporary landscape.

One project embodies better than any other the strong connection between Souto de Moura, who started his own practice in 1980 (his would establish his current firm in 1993), and his hometown: even more than the stately Burgo Tower (2007), it is the design of a large number of stations for Porto’s light metro system (between 1997 and 2005, but still expanding) which left a clearly recognisable imprint on the entire city.

Souto de Moura teamed with Siza on this and many other occasions, including the design of the 2005 Serpentine Pavilion in London. A diverse range of completed projects including Braga Municipal Stadium (2003), the Casa das Histórias Paula Rego in Cascais (2009) and the Convento das Bernardas in Tavira (2013) testify to the architect’s remarkable capacity to handle a multiplicity of languages, forms and materials, ranging from fair-faced concrete to irregularly textured stone, lavish marble and simple plaster.

Awarded the Pritzker Prize in 2011 and a Golden Lion in 2018, Souto de Moura increasingly but reluctantly finds himself under the spotlight of the architectural jet set. Still, he holds on to his distinctively reticent attitude – for instance, his office has no website! – and remains preoccupied in the first place by the actual issues of construction, as well as by the need “to produce work that has a social significance”.