In order to function as a new urban landmark, the Library and Academy for Performing Arts provides a sensible reinterpretation of the scale, spaces and materials of its surroundings. 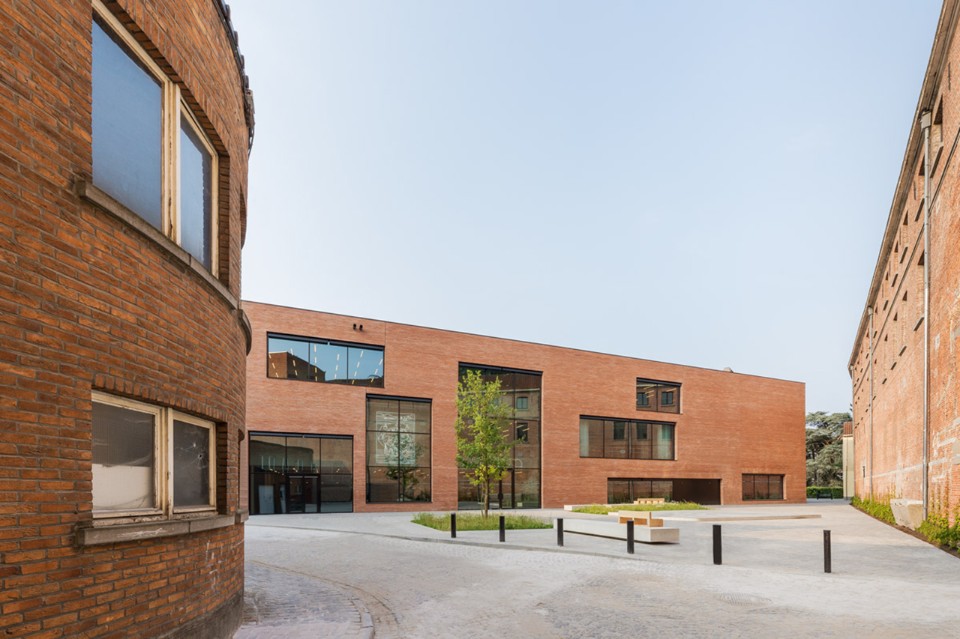 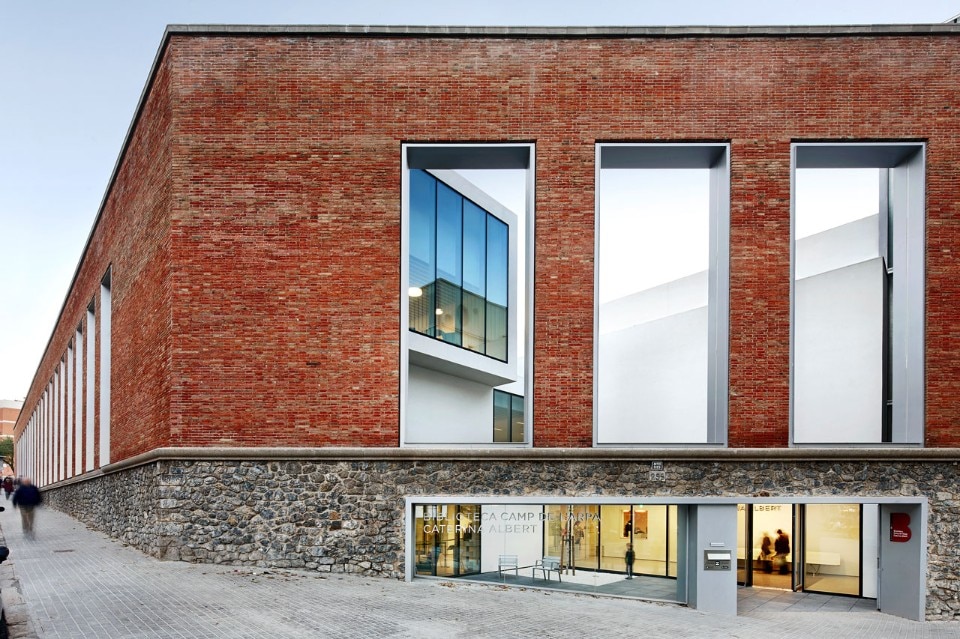 The town of Aalst, located in the East Flanders halfway between Brussels and Ghent, is mostly renowned thanks to Dirk Martens, who printed here the very first copy of Thomas More’s Utopia, in 1516. The new Library and Academy for Performing Arts, strategically situated along Graanmarkt, midway between the train station and the Sint-Martinuskerk, takes its name precisely from this glorious event.
For a project with such high urban ambitions, KAAN Architecten conceives a layout centered on a large, full-height hall, where both the new volumes and the recovered historic building of the Pupillenschool overlook. This space hosts the main reading hall; here ramble the aerial walkways connecting each floor; and here, in the soft sunlight diffused by skylights and filtered through a stretched metal-coloured mesh, dialogue the minute texture of the school’s ancient bricks and the fair-faced concrete of its extension’s massive slabs.

Utopia learns from its context: its façades replicate the brick envelope of the pre-existing building, although the single elements, as thin as 4 cm, are here laid horizontally; the project respects the heights (no more than two floors) of its neighboring blocks; its layout defines three little urban squares, and by doing so it adds to the distinctive spatial sequences of Aalst’s city center, where smoothly wavy paths often broaden into uneven widenings. Still, it doesn’t entirely blur into its surroundings: rather, it reorganizes them, by establishing one compact block, acting as an new anchor point within the curvy fragmentation of the uncountable narrow lots.
KAAN Architecten’s building looks appropriately monumental, and yet not cumbersome, contemporary but not whimsical, profoundly urban while at the same time welcoming and even, to some extent, domestic.

Read also: Kees Kaan, co-founder of Kaan Architecten, is the fifth of the architects to be interviewed for the series Past Present Future, by Gianpiero Venturini.