Back to the future: 9+1 architecture books that make great Christmas gifts

From entryways in Milan to black and white Modernism and Metabolist Futurism: a selection of architecture books published in 2017 (and a +1, George Perec in 1974). 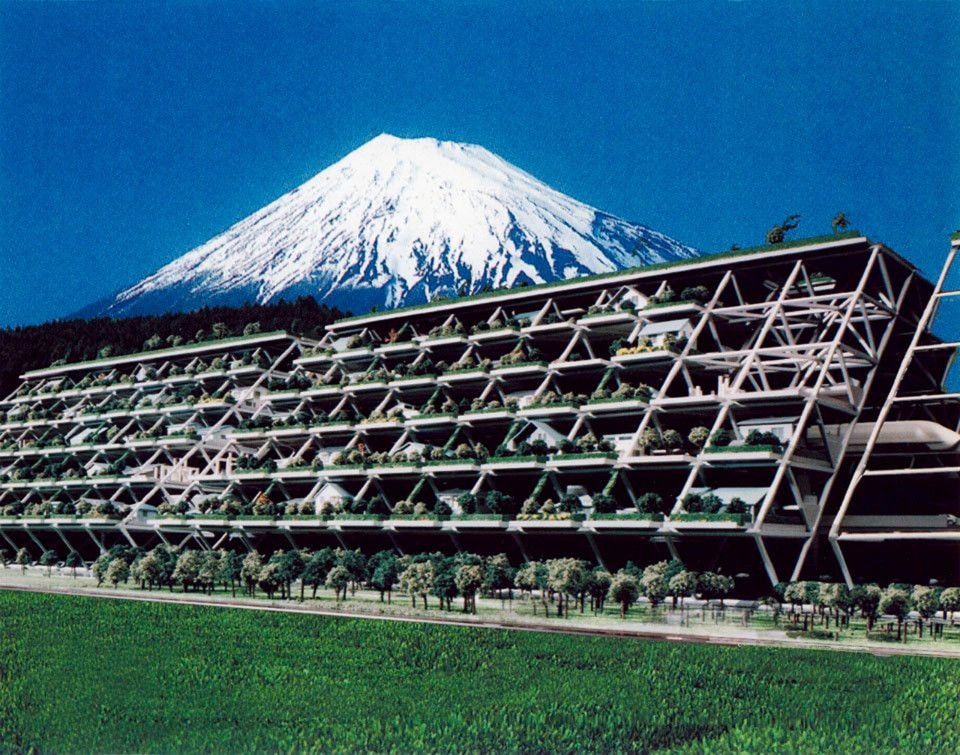 2. Mobitecture, Homes on the move. Rebecca Roke celebrates mobile architecture in all its forms in 320 pages and 300 photos. From the wackiest ideas to the super-rational, from rustic style to luxurious, the projects explored in the volume include houseboats, huts and converted caravans, together with shelters for natural disasters, portable structures and futuristic prototypes..

3. Ornament is crime. A book on modernist architecture written by the British duo Matt Gibberd and Albert Hill. Intentionally in black and white because “we have placed an emphasis on form and elevational disposition rather than surface detailing or geographical context.” The book’s title is taken from a lecture by Adolf Loos, who, in reaction to Art Nouveau, said that “decorative details are for degenerates”. The result is a “visual manifesto” of Modernism.

4. Inside Utopia. Visionary Interiors and Futuristic Homes. In their day, the interiors designed by Gio Ponti or Bruce Goff were futuristic, utopian, idealistic. They shaped the way we live today. Once they were not public, but this book shows what we had never seen before. Elrod House by John Lautner, Lagerfeld's apartment near Cannes, Palais Bulles in France with its unique architecture. A past of design confronting the present.

5. Koolhaas/Obrist. Project Japan. Metabolism talks. What was Japan after being devastated by the atom bomb in World War II? An opportunity. After incubating for 15 years, the Metabolist movement was born, disrupting the whole landscape. From 2005 to 2011 Rem Koolhaas and Hans Ulrich Olbrist interviewed the survivors of the Metabolist movement. The result is a documentary about the last avant-garde movement in architecture.

6. After a lengthy gestation, finally Tetti (“Roofs”) sees the light in Italian. Written starting in the seventies, it brings together practical information (tested for UNESCO by the author himself) about how to build roofs and shelters to meet the material needs of the poor in Third World countries. The work is structured in a composite way, consisting of manuals written independently of each other, and felicitously representative of the maturity of Friedman, who in those years decided to focus his work on how to involve the inhabitants in the design of thetheir habitat, because (so he declares) participation is not spontaneous and cannot attained all at once. In Roofs, Friedman points out to his readers that the various problems of modern cities are the result of irresponsible attitudes towards the earth. This thesis, as Andrea Bocco explains in the essay at the end of the book, was perfectly aligned with the thinking of certain architects (such as Christopher Alexander, Enzo Mari, Victor Papanek and Bernard Rudofsky), who at that time were strongly critical of industrial society.

7. Four walls and a roof. The complex nature of a simple profession. Architecture is the art that gives the world whatever form it wants. In this book, Reinier de Graaf of OMA explains and challenges this statement. This book is the story of the profession and its compromises with politics, the community and clients

8. Phantom Architecture. A book about buildings that were never built. A mile-high skyscraper by Frank Lloyd Wright, a dome to cover Manhattan by Buckminster Fuller, an arch of triumph in the shape of an elephant. With these designs the architects were thinking outside the box, challenging ideas and conventions, projecting an idea of ​​the future. Some of the projects are masterpieces, others no more than eye candy.  There is Etienne-Louis Boullée’s immense sphere, a monument to Isaac Newton, Le Corbusier’s city that teaches us how to live, El Lissitzky’s horizontal skyscrapers, and the curved hotel by Antoni Gaudí for New York. All the projects fully illustrated.

9. Big. Cold to hot. The architecture of adaptation around the world. Coinciding with the exhibition at the National Building Museum, Washington, this book answers the question: how does architecture adapt to extreme environments? BIG gives its answer with 60 projects/case studies

+1.  Espèce d’espace  - George Perec.  Species of Spaces – George Perec. A book well worth reading, even though (or because) it dates from 1974. Reissued in French in 2000 by Galilée, in English by Penguin Books.

The problem is not to invent, and certainly not to reinvent space again (too many well-intentioned people are there today thinking about our surroundings) but to question it, or even more simply, to interpret it; because what we call the everyday is not obviousness but opacity: a form of blindness, of kind anaesthesia