Olivier Leclercq explains why Parisian architects felt the need to get together every evening, talking late into the night about public space and dreaming up a shared project for society. 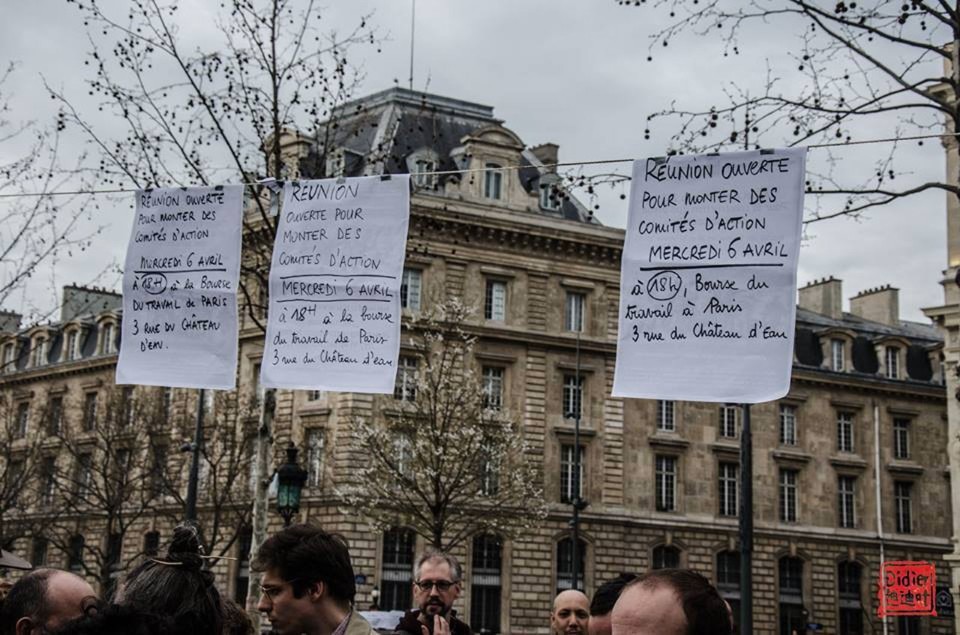 It was 31 March when the nights of debating began in Place de la République and today – the day of the interview is 3 May – for them it is the 64 March. Let’s start here – with the fact that time has been measured in a new way, as revolutionary tradition calls for – and hear what the participants in “Nuit Debout” have been thinking. People who get together in a square that has become a symbol of active participation and a public place for the re-appropriation of speech. “Archi Debout” then emerged from a shared desire to take part in the citizen’s movement that brought about “Nuit Debout”: architects also wanted to get together and come up with a shared project for society. We met with Olivier Leclerq, the initiator of “Archi Debout”, who talks to us about these assemblies dedicated to architecture and the city that have been taking place in Paris by night.

Salvator-John A. Liotta, Fabienne Louyot: Since the end of March, Place de la Republique has become a fixed meeting place, you meet up every night at about 6 pm and go on late into the night.

Olivier Leclercq: My studio is right near here, I began to take part in the initial evenings of general discussion and then one evening I put forward the idea of starting a discussion about architecture and the city. It was well-received, judging by the speed with which it grew in the space of a week: more than 3000 people expressed interest and 850 attended, despite the bad weather. Architects, engineers, landscape-architects, town-planners and ordinary citizens came en masse to take part in the general meeting of “Archi Debout” to talk about public space, which was a good sign. It should be pointed out that it was immediately apparent that architects are citizens just like any others and have their place in the “Nuit Debout” movement. The really interesting thing is that it’s not about making any claims. People come because they want to join the discussion, express their own opinion, hear what others have to say. There is a spirit that perhaps resembles the original Greek agorà.

Salvator-John A. Liotta, Fabienne Louyot: Disaffection with public affairs, lack of participation in democracy, percentages of voters in European countries have never been so low, absence of places for participated discussion yet “Nuit Debout” continues to grow in intensity, offering a place to meet and exchange. The fact alone that people come and debate is proof of democracy, it means experiencing for the first time the fact that your opinion counts.

Olivier Leclercq: When I wrote about the reasons behind my proposal to get together, about the thoughts that I had been turning over in my own mind, I realised – thanks to “Archi Debout” – that a lot of others felt the same things and now instead of thinking them on their own they think them together. What emerges is a widespread dissatisfaction with the world of architecture, with the architect who takes forward schemes imposed by property developers who in turn are led by the logics of profit. The moral of the story is that the architects find themselves carrying out projects that do not have people – and their wellbeing – as their primary focus.

Salvator-John A. Liotta, Fabienne Louyot: What are the dynamics of the discussion, what do you have in mind for the future, are you thinking about concrete actions? I’m asking in the knowledge that you will answer that it is not important to give concrete indications but what counts is the spirit that goes into living this moment.

Olivier Leclercq: Yes it’s true, this is what a lot of people ask us and the answer is no, there is no concrete action that we propose because we don’t want any structure to encage this marvellous thing of experiencing democracy in action. As soon as hierarchical structures arise, “Nuit Debout” will be already finished. Today it is a horizontal structure, we use WikiDebout – a free platform that is accessible to all – to propose themes of shared interest that are then discussed by everyone. It is important to be there and experience the sensation of being together, to be a critical mass able to act.

Salvator-John A. Liotta, Fabienne Louyot: Your words seem to conjure up a desire for freedom, the need to escape any classification and to occupy places of democracy whereas the political response seems only to want to defend positions acquired and to prevent the continuation of this experience.

Olivier Leclercq: A few days ago, we took a geodesic dome into the square. We put up this structure when we arrived and we took in down at night before we left. Under the dome people stuck post-it notes, keywords to discuss, even the radio found a place to broadcast from. Then an order arrived from the Minister Cazeneuve who declared temporary structures of any kind to be illegal. Instead of stopping, we are thinking of an even bigger dome. So architecture becomes an act of disobedience for which you can be arrested. In its banality it seems to be a strong idea because the dome is none other than a place to meet, a democratic space where you talk about urban habitat, about participatory architecture, the city jungle of Calais. The political response: any temporary structure that creates a place for discussion is prohibited.

Salvator-John A. Liotta, Fabienne Louyot: In France, the law on architecture from 1977 put the architectural profession at the centre of a discussion on urban quality that highlighted architecture as an activity of public interest. The various reforms that followed over the last 30 years have eroded the role, voiding it of meaning and disempowering it.

Olivier Leclercq: There is a desire to regain control over public affairs and the approach to contemporary ways of living. The arrival of the proposal to have an architecture commission has been beautifully incorporated. Three hours of assembly has seen debate on things like the commodification of the city, on how to conceive the organisation of neighbourhoods together with the inhabitants themselves, on how to oppose the lack of housing and social and urban exclusion, how to claim the right to the city, how to think about the connection between urban and rural areas, how to create a link between architecture and agriculture. The meetings in the square have brought to light in an alarming way that the profession no longer has the means to act nor practice correctly their profession.

For too long architects have been isolated or individualist. Digital tools have to take us towards new forms of collaboration, schools of architecture have to be reopened to public debate, a charter of fair design should be drawn up and the continuation of the meetings of “Archi Debout” is more than necessary in this sense. This movement is just beginning, it needs as many people as possible to take part, it needs people to take control of their lives once and for all.
© all rights reserved
Share