After designing the reorganization of Pombal castle’s hill, Comoco Arquitectos were commissioned to design a visitor centre for the castle’s ward: a project that live up to the richness of the castle's multi-layered history, without being neither ostensive nor subdued. 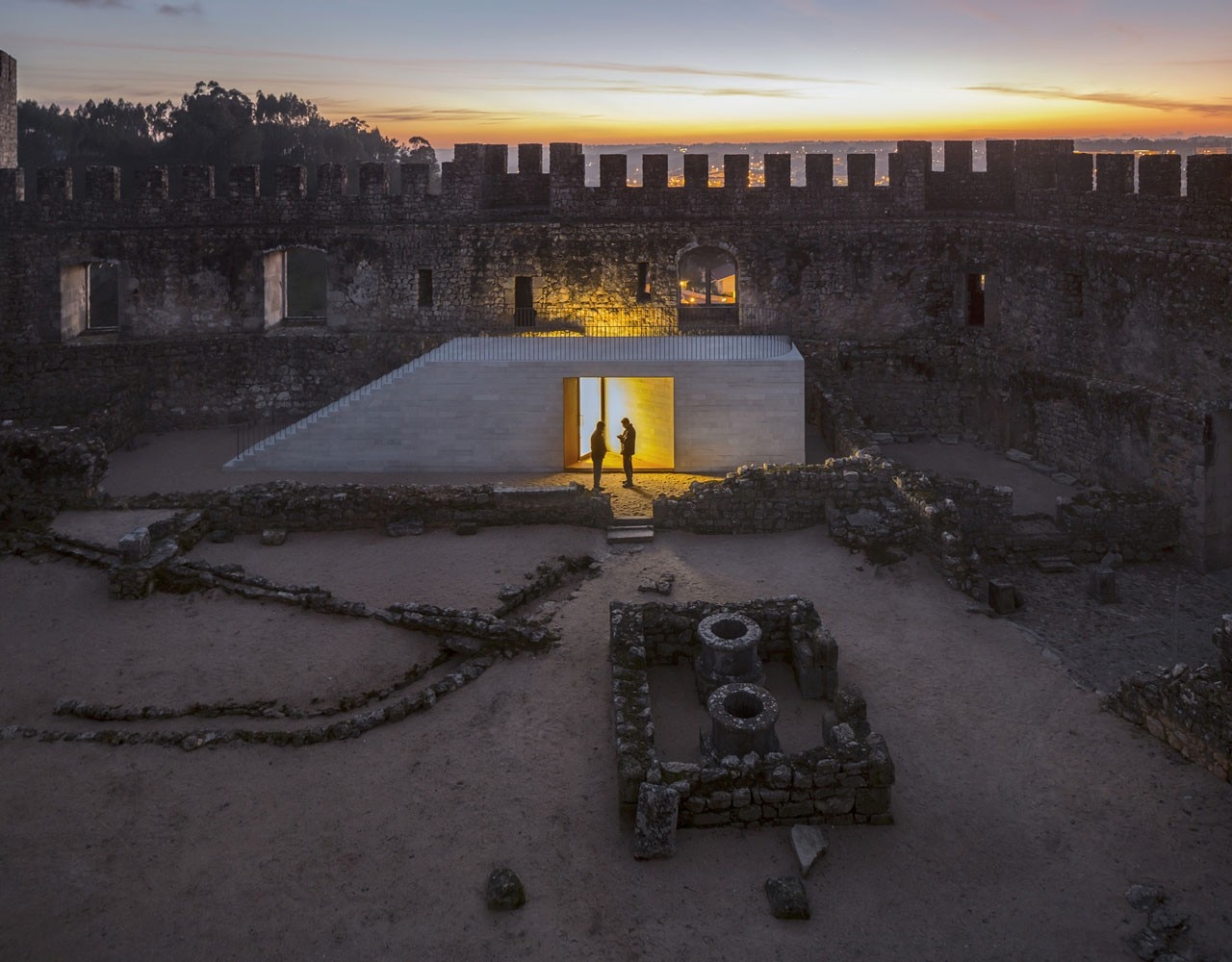 The castle of the Portuguese city of Pombal testifies to the power of time as the main contributor for the transformation of the built environment.

The top of a hill overlooking the valley of the Arunca river has been occupied since the time of the Roman empire, and since then performed multiple roles and configured very many spatial and social practices. From a small provincial community, it evolved to a vital defensive structure in a territorial network of military apparatus, and eventually became a touristic destination and an identifying device for the region.

After designing the reorganization of Pombal castle’s hill, Comoco Arquitectos were commissioned to design a visitor centre for the castle’s ward, including the landscaping of the area and the revitalization of the amenities already installed in the Torre de Menagem (the castle’s keep).

The main challenge of the commission was the definition of a design strategy that could live up to the richness of the castle’s multi-layered history, without being neither ostensive nor subdued, i.e. finding its voice among the very many built artifacts that populate that space. To be sure, the architects understand these artifacts, most of them ruins or derelicts of the past, as parts of the collective memory that we would like to critically preserve and, furthermore, to enhance. This was the drive that established the fundamental principles that guided the design approach.
The design strategy for the landscaping of the castle’s ward and for the revitalization of the castle’s keep was relatively straightforward. As for the earlier, the architects recuperated the still-existing pavements in limestone cobbles and filled in the remnant parts with gravel. In the latter, they introduced minor changes to the railings in the corten steel volume and designed the layout and furniture to the exhibition spaces that occupy the rooms of the tower. The main challenge was designing the new volume to accommodate the visitor centre. The brief for this amenity stated that it should offer three spaces: a reception for the visitors, a room to screen a virtual history of the castle and a storage area.
As the area of the castle’s ward is relatively small (1200 mq), and populated with many elements, introducing a new volume implied an inevitable confrontation with the existing elements that define that space. At any event, this circumstance became the driving force to develop the project’s main idea. The new volume has been conceived as an object that should embody some ambiguity: on the one hand it should seamlessly mingle with the exiting features in the castle’s ward, and on the other hand it should become a conspicuous new addition to the existing built structures. In other words, a creative dialogue with the situation “as found” was established, attempting to take advantage of the new construction to activate dormant spatial experiences.

The program was compacted to the minimum and the volume was shaped in such a way as to make it a spatial device inspired by the tectonics of the castle’s stone masonry, especially the stairs connecting the platforms inside the castle’s precinct. In fact, the new volume creates a new platform that enables the access to the level of the 16th century Manuelino-style windows pierced on the southwest side of the castle’s curtain wall. It creates a liminal space that re-enacts the spatial experience of the castle as a device to exert control over the landscape at the same time that it performs as a safe haven for those looking for protection from the threat of the unknown.

Comoco Arquitectos design strategy for Pombal castle’s visitor centre pursues a deliberate ambiguous condition between a topographical feature – a limestone monolith, and an amiable wanderer, a stranger in search of a welcoming new home to rest.