Minsuk Cho, curator of the Korean Pavilion in Venice, and winner of this year’s Golden Lion, recounts the dynamic and exciting process that created a network of practitioners who’ve been working on the issues of the architecture of both North and South Korea. 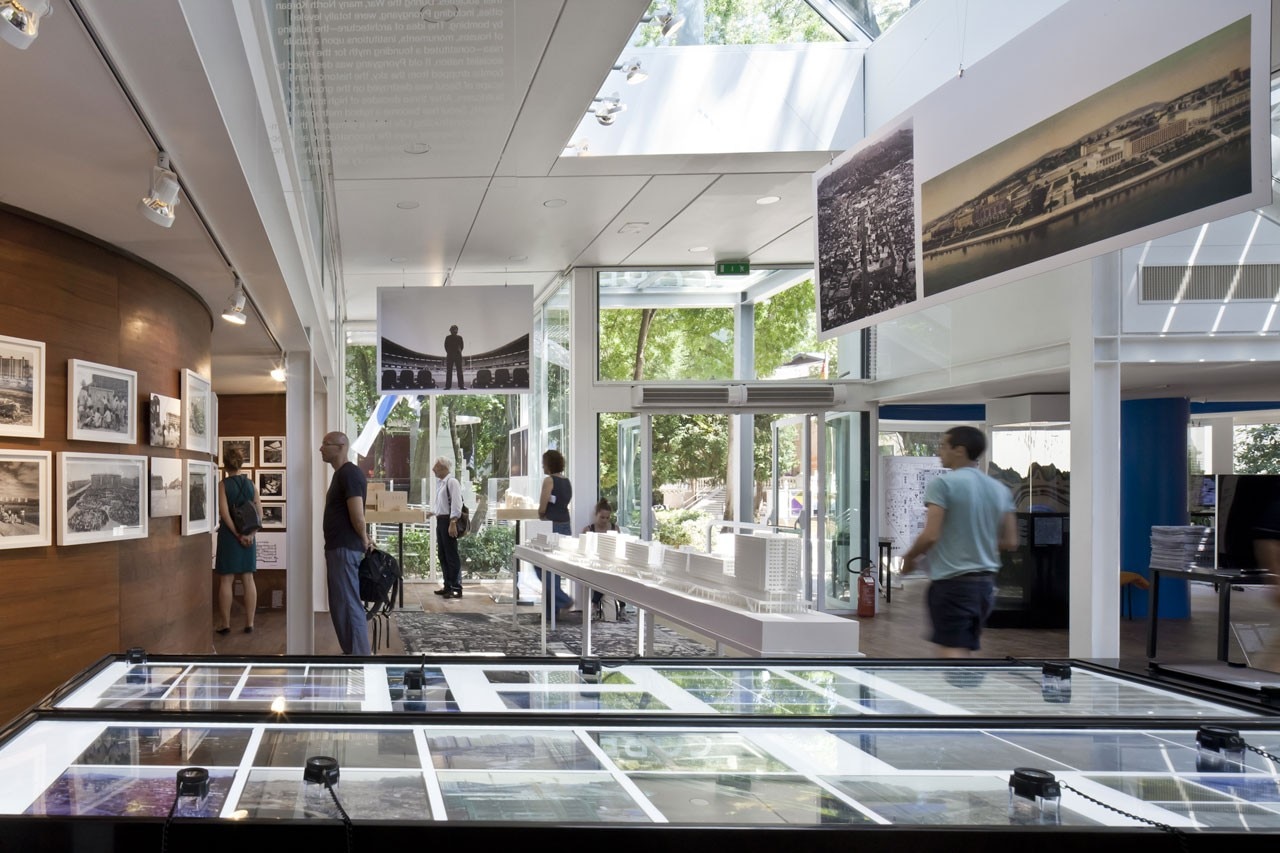 Minsuk Cho: The theme of Absorbing Modernity, from 1914 to 2014, gave me a very clear logic in dealing with the Korean modernism; it should not be half of the story, but the whole story of the divided peninsula. When I was appointed as a commissioner, the initial plan was to co-curate the exhibition with North Korean architects, which later proved impossible after spending most time of the last year trying to create a dialogue with them. I had to prepare a plan B simultaneously, as there was only a slim chance to achieve our initial goal due to many factors, e.g., political climate, etc., that are beyond our capacity. So the plan B ended up being the result of the exhibition today. Interestingly, people we met when reaching out to North Korean architects, like Dongwoo Yim, Boston-based Korean-Canadian architect who introduced us to the UN DPRK representative, who later became one of our exhibitors. So our curatorial process was rather fluid in its development, oscillating between the two possibilities. One other good example of this is when we met Italian Ambassador in Seoul trying to send our love letter to the North Korean architects in Paektusan Academy of Architecture last summer.

The ambassador introduced a book by photographer Alessandro Belgiojoso, telling stories of him taking pictures of different cityscape of both North and South Korea, which later became a significant part of our exhibition. So I would say the research was done largely in two ways, one was about connecting the dots and the other was to find curatorial legitimacy of the relations between the dots. It has been a dynamic and exciting process that created a network of practitioners who’ve been working on the issues of the architecture of both North and South Korea. We contacted many of them individually, as we discovered their bodies of work along the process; some of them we met in Venice for the first time. Having Prof. Hyungmin Pai and Prof. Changmo Ahn as both architectural historian and critic was a significant curatorial driving force of our exhibition, in creating critical standpoints that weave the narrative.

Pelin Tan: How “utopia” is constructed in architectural practice in Korea in the past, how is the relation to nation building and how is related to different powers’ representation nowadays in Korean peninsula?

Minsuk Cho: The tabula-rasa condition of Korea, due to the terrifying bombardment during the Korean War, had undergone an extreme development with the ideological polarity; socialism and capitalism. If one finds architecture as a mechanism that carries hope and desire, state driven projects are the representations of such aspiration as nation state. In Pyongyang, a new city was planned conveying the purest socialist ideology; Kim Jeong-hui is known to be the architect behind the masterplan(1950-53). Whereas in Seoul, the attempt was rather fragmented and opportunistic, and yet whenever a moment took place in the midst of capitalist metropolitan city development, it went wild with an ambition of changing the entire city. A good example of this is the Sewoon Sangga(1968) by Kim Swoo Geun, whose brilliance created a new axis that cut through the city. Despite the political disparity, we discovered that at times these kinds of state driven projects of both Koreas shared certain elements of architecture when modernizing traditional architecture, especially in the 1970s.

In Pyongyang, these elements were to make the urban environment more familiar to the people who inhabit the space, whereas in Seoul, some says it was in large part out of rivalry to the North. Now, the issues are rather different between the two Koreas, with the new young leader and an urge to open to the outside world, I hear that North Korea began giving a significant importance in transforming the city as a contemporary environment, so called the “global standard.” Is it a good sign for an architect like me? I don’t really know.

Pelin Tan: How yourself as an architect and your office take critical stand to big spectacle architectural projects in Seoul especially?

Minsuk Cho: We often do buildings that are not necessarily spectacle let’s say, but something that blends into the context. If the condition requires an element of spectacle, then we try to demonstrate that potential of drawing attention. This has been very consistent in our practice like Four Courtyard or Skipped Matrix Building, etc. If a city was a film, there always are some moments of protagonists but also there are side characters that are magnificent for their good performance. I’d rather be Philip Seymour Hoffman than being Tom Cruise.

Minsuk Cho: I’m not a professional curator; Venice Biennale is only my second time. But the exhibition “Crow’s Eye View” was very meaningful to me, because we deliberately sought the Korean Pavilion to be a kind of actor that creates a new reality. Also, I think it was very special in a sense of its inherent collectivity, or comradery so to speak, in creating a network of people that potentially blurs the boundaries. It was the reason why I had to bring all of our team up on the stage during the award ceremony. An exhibition making tends to be a collective endeavor, which also requires an incredible amount of negotiations. In the case of Gwangju Biennale, I co-curated the “named design” exhibition with Anthony Fontenot, and there also was a binary restraint; named and unnamed. We took it not as a forceful distinction but rather a context of which we play upon. The chart we drew to sort out what can be considered the “known/branded/famous” design versus the “anonymous” design made a rather messy graph, whose dots are all scattered around the square. Prof. Hyungmin Pai, one of our curators said that there are certain issues of architectural terrain that can only be represented and/or realized in an exhibition format. “Crow’s Eye View” would have not being able to exist in a book format, but the particularity of international biennale in Venice enabled such courageous decisions to be made.

Pelin Tan: In works of Yehre Suh and Dongsei Kim presented at the pavilion opens up on borders, especially territorial negotiation of border and control; do you think such elements are parts as architectural fundamentals nowadays?

Minsuk Cho: I do think the idea of border is an interesting terrain. As demonstrated by the work of Yehre Suh and Dongsei Kim, so as many other works in the Border section, it is never a mere a line on the map, but a spatial territory that creates complex relations. Beyond the highly charged military control, there are evident examples of transgressions and permeability in the DMZ. I wouldn’t call the idea of control or security as the fundamental elements of the architecture today, but perhaps one could highlight its Lacanian counter-actions. The research of MOTOElastico reveals various typology of such micro-scale urban activities that are somewhere between being legal and illegal, described as the acts of “borrowing” the city.