Jean Nouvel, five recent projects that you might not know

With the announcement of the new Guest Editor who will lead Domus through 2022, we share five recent projects, from Shanghai to Cyprus. 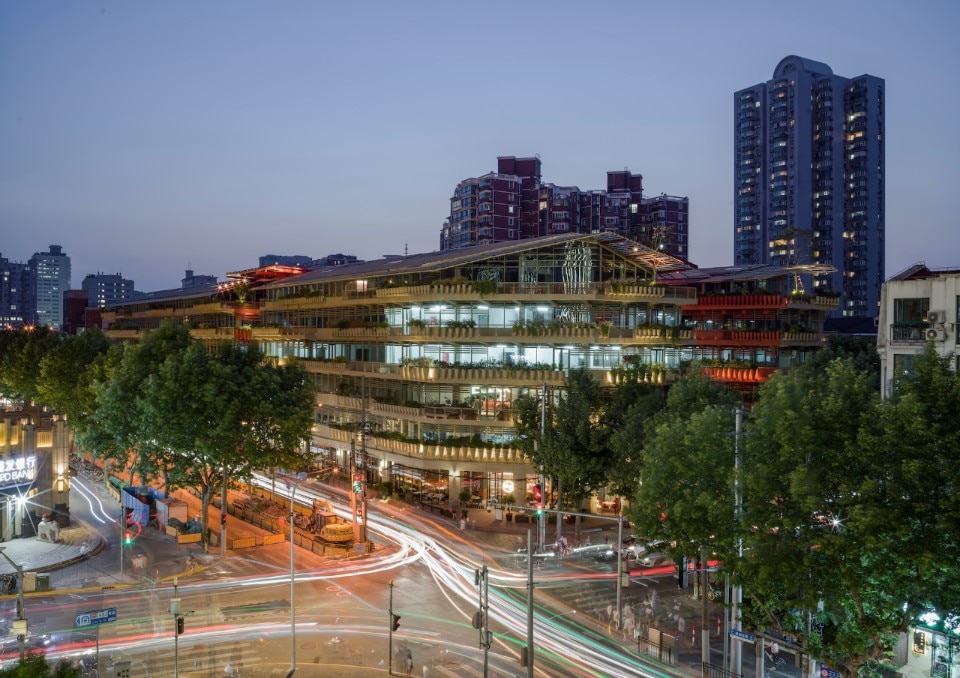 Leading Domus towards its 100th anniversary, this year will be French Pritzker Prize winner Jean Nouvel. The new Guest Editor wants to dedicate his editorial project to the architecture of character, focusing on the spatial characteristics of buildings and their relationship with art. In the monograph dedicated to him, together with his manifesto - on newsstands this December - , we retraced the architect’s work through five recent works, architectures that stand out both for their role in the context and for their formal expressiveness.

When in 2010 the French architect opened the local office of his studio in Shanghai, the most cosmopolitan of Chinese metropolises, the Henderson Cifi Tiadi building site was already underway. The multi-story building of stores and dining spaces presents a conventional interior configuration, but one that demonstrates its spatial intuition in decomposing its massing into four independent blocks. Open to the public in 2021, the project is a new chapter in the centuries-long history of hybridization and circulation of Western and Eastern spatial models.

Inspired by traditional Chinese markets in its spatial design, a clear hierarchy, in terms of scale and mode of use, is defined between the vehicular axes surrounding the building and this embryo of a denser, more minute, and potentially widespread grid. However, on the linguistic level, the building shows itself to the metropolis with a facade of “a thousand jars,” a vernacular and local variation of the contemporary passion for the green facade.

In the flat landscape south of Nicosia, Ateliers Jean Nouvel designed the Stelios Ioannou Learning Resource Center, an extension to the University of Cyprus. Its soft silhouette creates original assonance with the surrounding landscape: the Learning Center looks not at the built context but at the natural one; it is born from the earth and grows topographically rather than architecturally.

The heart of the building is the library: a hollow cylinder of exposed reinforced concrete that crosses the amorphous body in all its floors, crowned by a translucent dome. We find red glass cubes suspended over the long distribution corridor outside the cylinder that rotates around the core, creating a dramatic contrast. Here, a cone-sculpture pierces the space, recalling the three-dimensional engagement already present in the Galeries Lafayette department store in Berlin.

In Lyon, the regeneration of the La Confluence district launched in 1999 and is still underway, marking the definitive transition from a 20th-century industrial city to a contemporary metropolis. For the 150 hectares to be reconverted, the master plans were refined by Francois Grether and then Herzog & de Meuron, while the designs for the buildings and public spaces were parcelled out among a myriad of architects.

It is against this backdrop that Icone was completed in 2019: a residential tower of substantial massing, reaching 53 m in height and housing two levels of parking, a ground floor of services open to the public, and a total of 92 dwellings. A second skin of metal frames is superimposed on the actual building envelope, conceptually independent from the underlying volume, which moves away from it, assuming a geometric configuration of its own, demonstrating a clearly cinematographic approach of the architect.

After the Milanese showroom in via Montenapoleone, Ateliers Jean Nouvel has designed for Dolce & Gabbana the brand’s new store located in a modern district of Seoul. Here the studio opts for a sober building placed on a corner lot, which expresses a deliberate desire to break with the context: four pillars covered in black granite seem to enclose a magic lantern.

The heart of the building consists of a central transparent cylinder that houses the sales space, then parcelled along a spiral ramp. Materially, the interiors feature black anodized aluminum, black-stained glass, and gray concrete, while the mango wood of the furniture elements provides a contrasting accent. The landmark effect of the small architecture is then emphasized at night, when the clothes and jewelry on display seem to float down the ramp contained in the transparent cylinder.

Also, in Shanghai, in the Pudong district, the studio completed the Museum of Art Pudong in 2021, which shines in the heterogeneous context for its stereometric purity and Cartesian rigor. The building has an extraordinarily simple face on the riverfront: a large rectangular glass screen framed by white granite.

It is a silent icon that protects itself from metropolitan noise through a wide strip of land and a curtain of vegetation. The interior spaces are dominated by the same white and geometric dryness, counterpointed only by the dark cladding of the auditorium. Natural light penetrates from the walls through full-height cut-outs or from the ceiling through skylights.