David Chipperfield: “Will technology save us?”

The discipline of architecture and the ever-changing world of technology continue to intersect in a complex way, redefining the boundaries of the profession. In October’s editorial, Domus 1050, guest editor David Chipperfield questions the role of architects and designers in engaging technologies towards broader responsibilities. 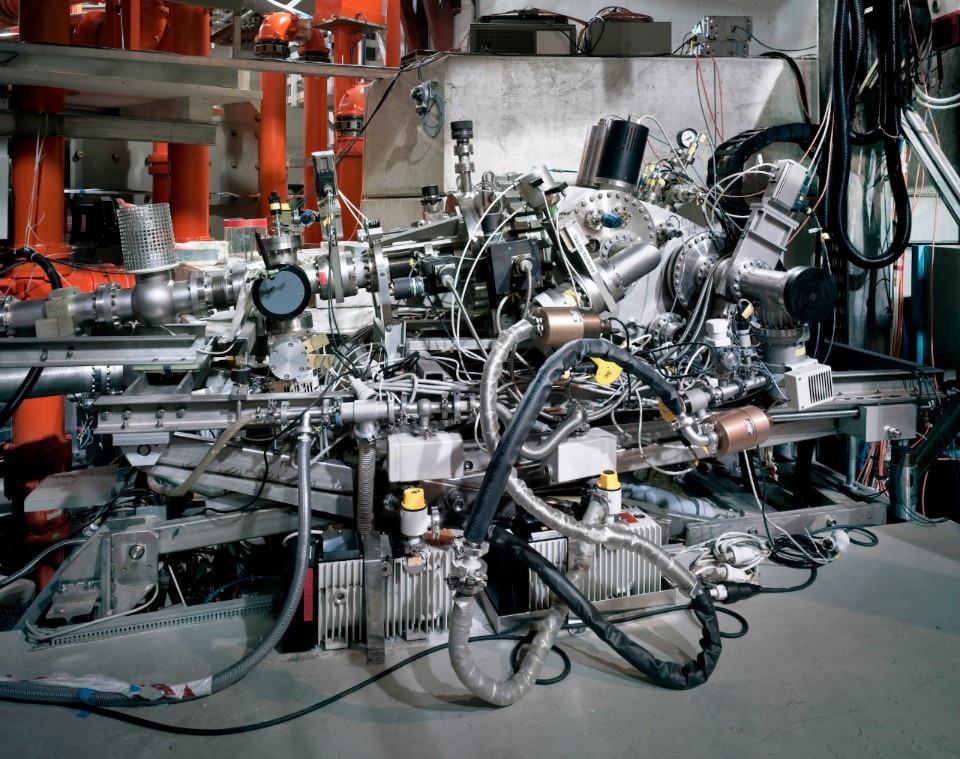 This article was originally published in Domus 1050, October 2020.

Throughout the global pandemic we have witnessed, in real time, the difficulty of balancing issues of the economy and scientific advice. Politicians have said their decisions are being guided by science. But as we watch the consequences of their choices play out, it is clear that science is not an independent actor. It is always subject to external forces and agendas.

For those of us not overwhelmed or deeply hurt by the tragedy of the pandemic, we have – while normal procedure and time is suspended – found ourselves reflecting more intensely on issues of localism, globalism, scale and the infrastructural systems that underpin them. We have been forced to reconsider our future plans while our vision has become shorter and our doubts have become stronger. Our confusions are overlapped with our existing anxieties about climate crisis, the industrialisation of food production, the effects of artificial intelligence and the role of big data in our lives. Embedded within these thoughts is our underlying concern about the role of technology and our increased questioning of the notion of progress. While we might harbour some sense that technology (and complacency to evolve it) got us into this situation, there is still hope that it will get us out of it. But, like science, technology cannot act on its own.

Technological progress has always been met with both optimism and scepticism. There is always resistance to change and an underlying suspicion that new technologies do more harm than good. This is no different for architects and designers. Enthusiastic and anxious, we embrace and resist them in equal parts, for as much as we cast ourselves as genuine innovators, advancing social improvement, we also see ourselves as guardians of tradition and meaning, considering architecture and design as the resolution of material, emotional, social, environmental and technical considerations.

In the 19th century, figures like William Morris and John Ruskin railed against the effects of industry and standardisation on society and nature. By the early 1900s architects and designers were fascinated with not only the possibilities of new technologies, but also the expressive freedom they offered and the alignment with a more scientific approach to design. Le Corbusier and Walter Gropius, for example, were fascinated by the relationship between performance and form in engineering. This in turn gave shape and purpose to their work. Rather than relying on a purely stylistic approach or designing for technology’s sake, they were interested in developing integrated systems made for living, aligning construction and aesthetics with the developments being made in all other areas of industry. We are still motivated by such ideas today, although we designers tend to be more interested in the idea of technology and its form or stylistic expression, than technology itself. But our current environmental and social challenges are forcing us to confront our relationship to technology as an essential tool.

We need to be realistic about the role of technology in the construction industry. While much has been done to improve the construction and performance of buildings, the actual advances have been modest and largely dedicated to efficiencies, standardisation and prefabrication. However inspiring these are, a process that begins with digging a hole in the mud and requires social engagement in its realisation is always going to be subjected to issues more complicated than technical ones.

The real advances in design and construction are within the processes of modelling, both formally and technically. Drawing programmes allow us to develop and fabricate innovative forms in new ways. We are now also understanding the importance of these tools in analysis and performance modelling, enabling us to modify designs to respond to growing concerns about energy and material. Classifications of high and low-tech are increasingly redundant in projects which can apply new predictive technologies that draw upon less sophisticated technical solutions in the actual construction process.

If the last months have taught us anything, it is that our problems and anxieties are caused not by science or technology, but by our abilities to negotiate and articulate these fields. In the past we have been guilty of merely imitating advancement, more interested in what technological expression looks like, rather than how it functions and what it means for users. We are guilty of cherry-picking technical ideas and options to suit our narrative. As architects and designers, we must use our skills and interdisciplinary tendencies to engage technologies towards the wider responsibilities within which our professions operate.

We must expand these responsibilities beyond what we build into how we build and where we build too. This is an opportunity to redefine our working processes and our contribution. New technologies of data analysis and performance modelling can make our work essential to the development of our built environment as well as the protection of the natural one and its vital resources. Truly engaging these technologies for more than the formal results might lead to environments and buildings that are attuned to the ways we connect, not only through cables or fibre, but as communities and citizens.

To achieve our vision for regaining a relevant professional status we must regain our enthusiasm for the true potential of technology. Throughout history, the design of buildings and objects has always been able to inspire and give shape to moods and ideas. Perhaps it is upon us now to demonstrate what a new relationship to technology could be through our desire to harness it in developing a new relationship with our shared environment.