In his editorial for the issue 1044 of Domus, David Chipperfield talks about the protection of heritage and about “the importance of continuity as a critical part of our sense of place”. 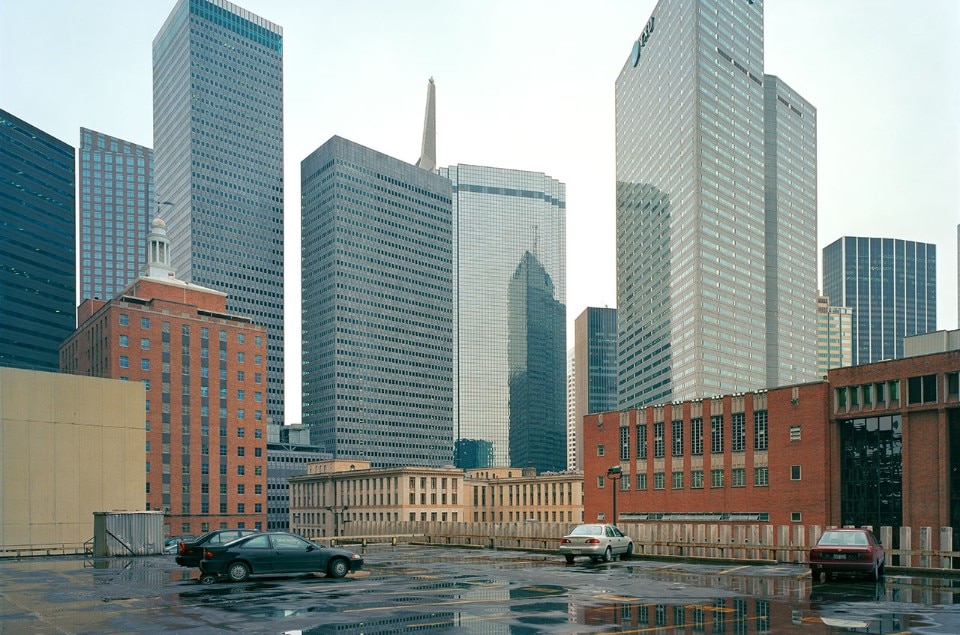 This article was originally published on Domus 1044, March 2020.

It is in our nature to cherish objects buildings and places. We value them for the memories, associations and ideas that they carry and that we invest in them. The protection and caring of physical heritage is intrinsic to our understanding of the human condition. It is the way by which we celebrate the continuity of mankind’s endeavour and the constant desire to civilise ourselves. Context and history are somehow compressed by the direct appreciation of something made through human effort and intimate talent. This impulse to protect, to repair and even to restore is not only part of our respect for previous civilisations, but also part of how we define ourselves in our own time.

How to honour the accumulated past and interpret its legacy evolves, too. The artists of the Renaissance valued the achievements of the classical world highly, yet they held these historic exponents not only as a record of the achievements of another civilisation but also as something to be emulated, or even surpassed. While today we protect such objects, and revere their historical integrity, their authenticity, the artists of the Renaissance were not above the idea of investing their repair and restoration with improvement and progress. In the 17th century, the French described this as the Querelle des Anciens et des Modernes . The great living artists of the period believed they were better than their predecessors, deriving confidence from imitation and rivalry across time, displaying an attitude riven with respect but also with superiority and rivalry.

When Eugène Viollet-le-Duc attempted to improve Gothic architecture through his interventions, his work provoked both admiration and controversy. The ensuing debate stimulated a reconsideration of the act of restoration and protection of monuments. John Ruskin, William Morris and others appealed for a more respectful approach, one that safeguarded the original fabric and forbade interpretation or artistic intervention. Ruskin’s somewhat irritating moral tone became the basis of all future codes of restoration and repair, most importantly the 1964 Venice Charter which forms the framework for the protection and repair of buildings to this day. It is inconceivable that contemporary restorers or artists would take the opportunity to create a new work from the old, seizing the chance to demonstrate their individual talent.

While a morally and intellectually precise position, the elevated respect for the original, protected by ideas of authenticity and history, brings to the fore the difficult predicament regarding the status not only of what is old but also of the new. Approaching the “artefact as historic document”, as also defined by UNESCO, isolates history and historic fabric as something exotic and untouchable, and consequently diverts such respectful consideration from the contemporary, the intangible and the less unique. Simultaneously, the 20th century was dominated by radical ideas about the future, progress and innovation. Architecture and planning of this period brought many of these visions into a disappointing reality. The often-traumatic evolution of our built environment attributed to ideas of progress has transformed our towns and cities from places that put us in the centre to ones that have marginalised us in the name of transportation systems, planning efficiencies and most recently the forces of investment. This has not only resulted in the devaluing of the recent past but also stimulated a loss of confidence in futurism as an outlook.

While a morally and intellectually precise position, the elevated respect for the original, protected by ideas of authenticity and history, brings to the fore the difficult predicament regarding the status not only of what is old but also of the new.

Today our scepticism about future speculation is compounded by the realities of climate change and the growing understanding of how limited our resources and energy are. The urgent situation demands that we confront many questions about our past and our future, as we determine the legacy – or rather, existence – of our own civilisation now. Within the discussion about our natural environment and ecology, protection is well understood. It is clear that we must redefine our relationship with the natural world and with each other through the way we build. What we protect, how we develop and improve, how we live together and how we use our resources are all determined by our understanding of this order and our place.

We must now also reconsider the clumsy principles of planning and redevelopment, as well as the commercial interests and selfish instincts that underpin them. Ideas of protection and conservation should be extended beyond the natural world and obvious high moments of architecture. What we have inherited needs to be understood and cared for not only as a record of history, but as a fragile ecology of our built and natural world. We must find tools and governance structures to ensure that the built environment of our future can be planned considering the apparently conflicting pressures of development and protection, innovation and continuity.

Within the discussion about our natural environment and ecology, protection is well understood. It is clear that we must redefine our relationship with the natural world and with each other through the way we build.

As we increasingly question the effects of indiscriminate growth in relation to the environmental crisis, the detrimental effects of construction, and the growing considerations for reuse and modification of existing buildings, we must recognise the alignment with the culturally and emotionally motivated concerns around the protection of heritage and the importance of continuity as a critical part of our sense of place. Our identity is formed by the intricate complexities of how we choose to interact with what we have inherited and the world we strive to create in the future. Through a more considerate understanding of our natural capital and our cultural heritage, we might secure a quality of life and sense of community for future generations.