Lombardy, “where the factory is a showroom and the back room a showcase”

Historian John Dickie’s journey through the Lombard entrepreneurship, discovering a region with “a cult of beauty and well-made products”. 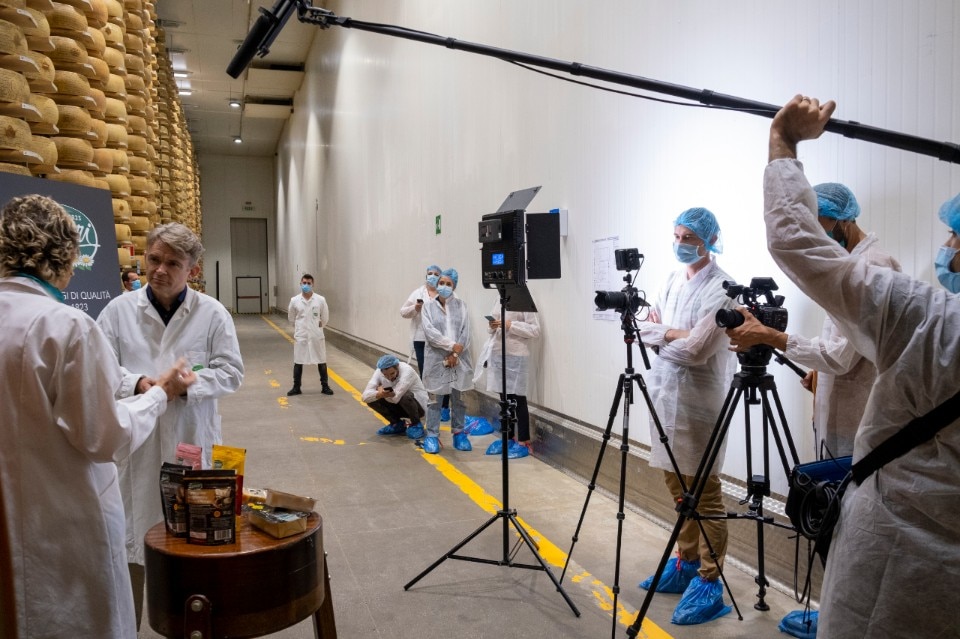 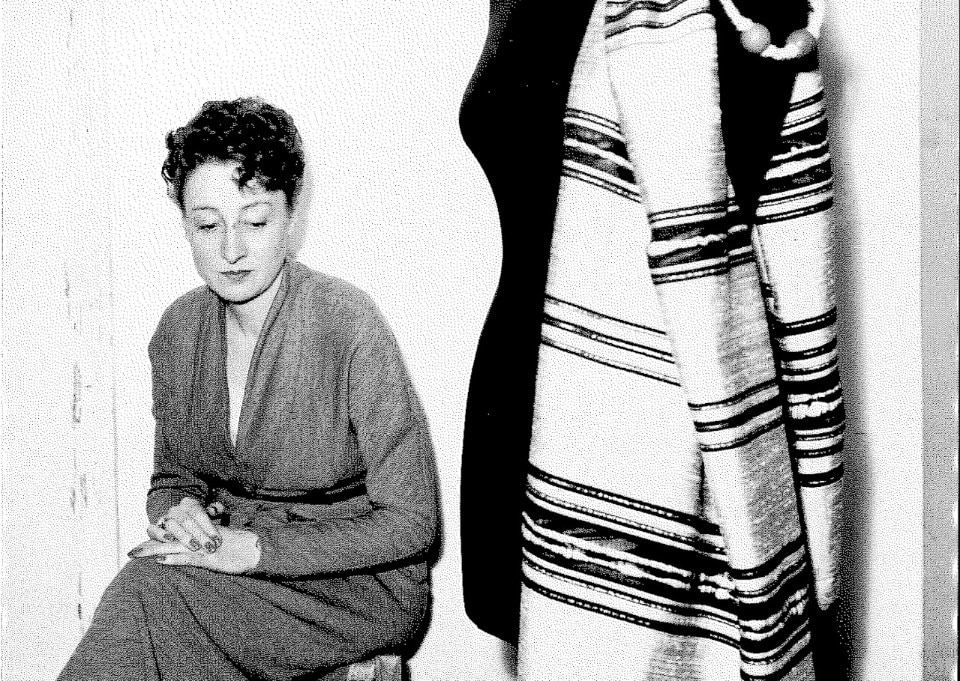 “I was chosen because out of my field, for me it is all a discovery and this allows me to ask questions”, John Dickie says, the protagonist of a long journey through the Lombardentrepreneurship – Milan, Monza and Brianza, Lodi and Pavia’s provinces – in the year of theCovid-19, told in a four-episode miniseries. Here every challenge is possible, conceived andproduced by Assolombarda, online on YouTube.

“My character in the documentary, if we can call it that way, is not that of a financial or economic journalist, rather of an external point of view”, the English professor states, who specialised in Italian history, author of a basic text on the mafia, but a great lover of the peninsula’s cuisine too. At the beginning of our conversation, Professor Dickie points out that he has had historical and theoretical knowledge of this very special area because of its socio-economic fabric, but not “in the field”. He adds that ‘for economists, the idea of an economic fabric is very important and these provinces are a textbook example’.

You filmed in September. Compared to the pandemic, what was the state of health, including the mental one, of the companies?
My father was a manager, and I like entrepreneurs, with their energy and their search for the positive. With the pandemic, it is easy to get caught up in pessimism. We filmed in September. From the pandemic point of view, everyone was ready, prepared and equipped in the factories. Companies where most of the staff worked from home whenever possible.

Looking beyond already?
Companies have been through difficult times but they want to tell their story, how their business model is valid in the long-term, looking beyond the health emergency.

During your tour, was there something that particularly struck you?
I was very surprised by the variety. For someone who comes from an economic reality like theLondon one, as in my case, which is totally focused on finance, services and consumerism, compared to the Lombard reality, you get the impression that it is a monoculture.

Often even people who live here do not realise it.
There is a variety of entrepreneurial skills, from the increasingly virtual events world, to chemistry, vacuum technology – take Brisio Basi, a companyon the outskirts of Sesto San Giovanni – to incredible start-ups in the life sciences sector. You do not realise the ecosystem until you visit these places. There is a parochialism in the most positive sense of the term, pride in what the area has to offer.

Do the provinces have an extremely well-defined personality or is the situation more heterogeneous than one might imagine?
There is a lot of variety even within the individual provinces. Brianza owes its business vocation to the artisans who were called upon to build and maintain the Royal Villa of Monza at the end of the 18th century. It is clear that that was already a very diversified world; there was not a need of furniture only, rather of all possible-typetechnicians as well.

One immediately associates Brianza with furniture...
But there is more than just furniture. There is Aster, specialised in aeronautics, for example Indian market radars. And then OEB, founded by Mr. Brugola, which produces fastener. Perhaps many people do not know that there is a Mr.Brugola, just as a Mr. Biro exists! Today, the president is Giodi Brugola, who we haveinterviewed on the difficult generational transition, another problem that comes up everywhere in this reality where family companies dominate. Various strategies are put in play in this regard. At Ferrari Formaggi, for example, Giovanni Ferrari’s daughters took the lead after his death. ICR, in Lodi’s province as well, which does extraordinary things in the perfumery world, is also run by his daughters, Ambra and Giorgia. This is certainly a long-term trend, which, perhaps, would not have been so obvious in the past.

Is the family still central today? This is very Italian.
The family company is a very representative reality. It is quite touching that the company is not “mine”, you own it for a while and then you pass it on to who comes after. It is an admirable mindset in its ability to think about the long-term. You donot have this mentality of making a company and then selling it, making money and... going to the Caribbean!

So, actually, in this economic fabric there are these two different aspects, one of craftsmanship and one of entrepreneurship, which are bequeathed from one generation to another.
Yes, exactly.

Is there one thing entrepreneurs complain about?
The cost of labour.

On the other hand, Italians often complain that Italy is no longer an innovative country.
I have not had that feeling. Of course, it is not the California’s IT innovation. But there is innovation in a lot of micro-sectors, companies that collaborate with universities, in science and design. Innovation is not just smartphones.

And what about the role of tradition?
Here I can give the Vigevano’s example and its shoes. A tradition that has had to reinvent itselfbecause today the sneaker has conquered everything. Almini, for instance, is a company that used to produce high-quality shoes for children, a market completely destroyed by sneakers. So, they have looked for other niches, first with golf shoes. That market has been destroyed as well and theyhave been going around the world looking for a new niche, which they have found in the Arab world, with luxury sandals. There has been a very high level of craftsmanship and they have needed to have the agility to find new solutions.

In Vigevano, you have visited Atom too, a manufacturer of leather and textile cutting machinery for shoes.
In India, where a lot of shoes are made, the machine that cuts the leather is called “Atom”. You cannot make machines like that if you do notintimately understand how a shoe is made. One trend we have seen is that the factory has to become a showroom. The customer wants to see machines with a certain style. Ato produces thesereally beautiful machines, you get mesmerised watching them work.

How important is beauty?
In Lombardy, there is a cult of beauty and well-made products. Everything in a company is a showcase. Whatever you are making, a bicycle like the Passoni or a giant autoclave as the Fedegari, your customer will want to come, to see it and to be reassured about the solidity of your company. Therefore, the factory is a showroomand the back room is a showcase. Passoni’scustomers, which produces bikes that cost up to 30,000 euros, want to see them, and this begins when they undergo an anthropometric procedure to understand which is the best frame for them. They are enchanted, they do not want to leave. There is a real cult for Passoni welding and they are very used to communicating through the factory.

Read also: What is design? An attitude

I imagine that this phenomenon is undeniable in furniture.
Yes, it is. For Flexform, for example, the key word is coherence, and a thirty-year coffee table can be next to a sofa from yesterday. In the showroom there is a common language of furniture. It doesnot surprise me because design is above all communication, and that applies to Flexform as well as to Boffi. I am certainly more surprised when this company produces leather cutting machinery or autoclaves. Or a company such as the Erbolario.

A company that started out as a small herbalist shop just over forty years ago in Lodi?
There, too, you are struck by its coherence, by thefactory that expresses values: they have had a zero-emission building built that looks like a 19th-century American or English farmhouse, with an immense garden and a vegetable garden where they grow the herbs for their products, and there, every aspect is an expression of their values, what they call “a democratisation of natural beauty”, and it seems that the founders, Franco Bergamaschi and Daniela Villa, reinvest everything they earn. A remarkable coherence.

In Lodi you have visited the Zucchetti too.
A completely different segment, software programming, a company that has done so much for the area during the health emergency. They have been very keen to show us the works of art and their headquarters in the Lodi’s centre, an ugly old building that they have redeveloped, making it a super ecological building and in some ways a symbol for the city. I was struck by the fact that a software company has beauty as its first point of reference. It expresses the whole cultural world of this region.

Is this the lesson of Lombard entrepreneurshipon the importance of communicating with architecture?
Architecture is only one of the possible channels of communication. It must be an all-round project that communicates value and coherence. I was curious whether there are agencies in Lombardy that make your workplace better and more communicative. Perhaps there are companies in various sectors that still do not realise how much they could communicate with this attention to architecture, design and the definition of spaces.