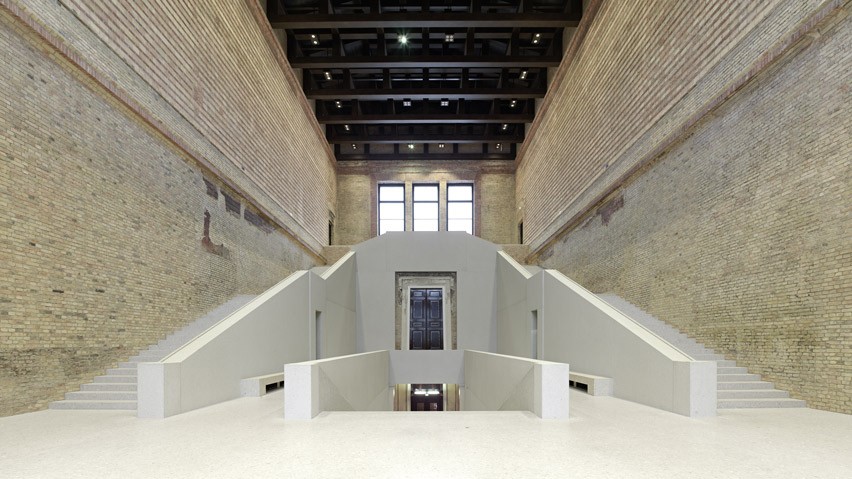 Founded in 1985, David Chipperfield Architects is located in four cities: London, Berlin, Milan and Shanghai. Whether designing new-built, large-scale architecture from the ground up such as the Amorepacific headquarters (2010–2017) in Seoul; or renovations of historic buildings such as the Neues Museum (1993–2009) in Berlin; or household products for Alessi, the practice’s work seeks simplicity, uses quality materials and connects to the vernacular.

Chipperfield is attentive to the relationship between building and context, and expresses it in a visual language that is compatible with the identity of the location. His architecture is neither minimalist nor classifiable as a specific style; if anything, it derives from the search for value in each single structural element by means of a reduction process. His architecture is never self-referential, but is inserted in a process of rehabilitation and interpretation of the surroundings.

Two examples of his work in Berlin are paradigmatic: the refurbishment of the Neue Nationalgalerie (2012–2019), where he rose to the challenge of the original building from 1968 by Mies van der Rohe, and the 19th century Neues Museum (1993–2009), where the contemporary architecture followed the guidelines of the Charter of Venice, respecting the historical structure in its different states of preservation, filling in the gaps and reshaping the functions without competing with the existing structure.

Chipperfield is much loved by fashion houses, too. He began with Issey Miyake and has worked with Bally and Brioni, as well as designing the many Valentino boutiques around the world, including the majestic one on Fifth Avenue in New York. More recently, Chipperfield designed Ssense, an online fashion platform with a global presence.