Mario’s universe is one of the largest, more heterogeneous and anti-linear fictional environments ever created by the human mind. And a recent reissue just confirms it. 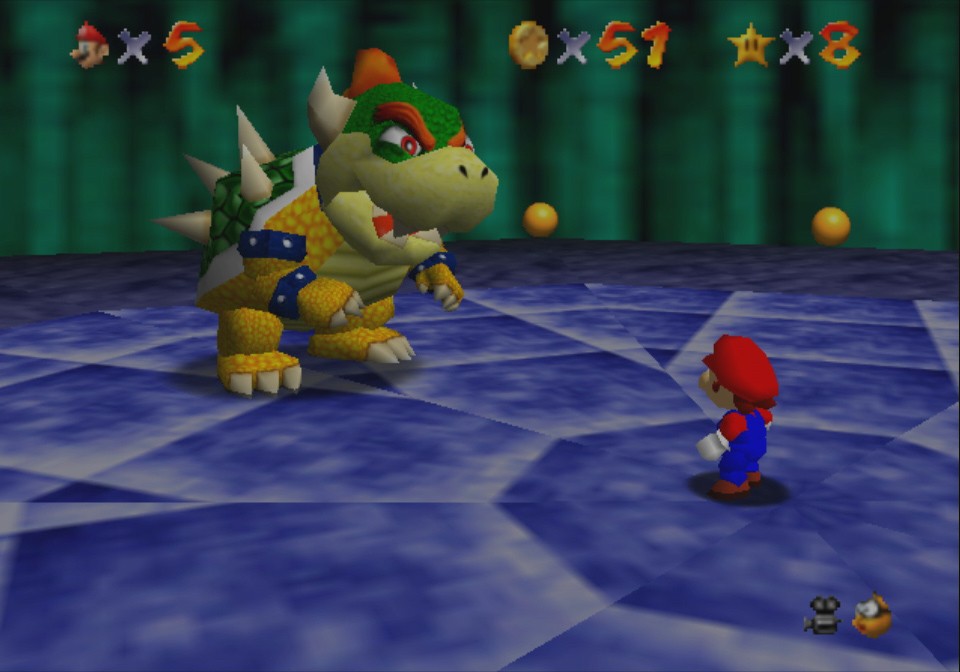 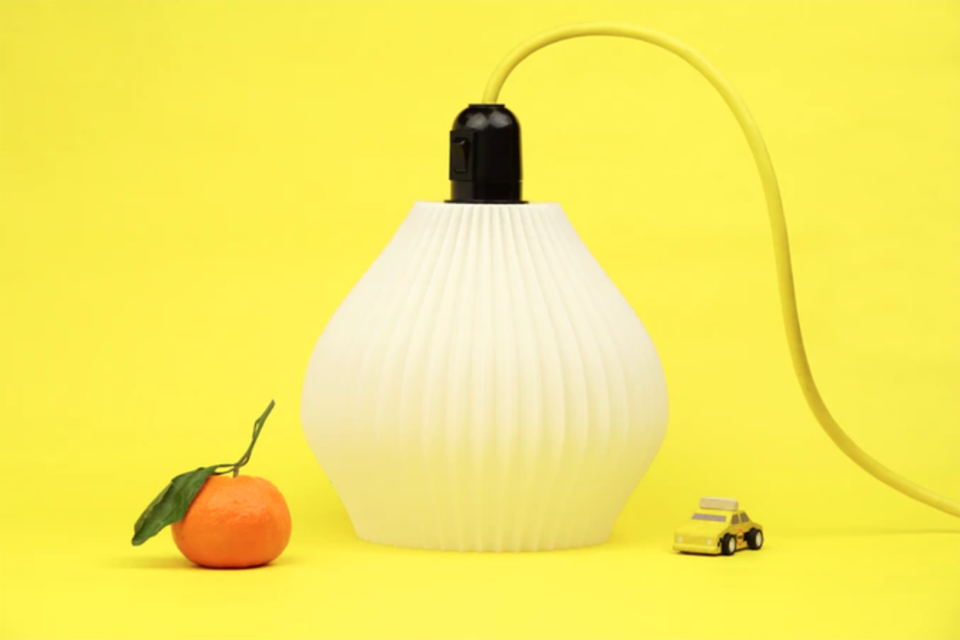 In more than three decades since its debut, Mario has been a carpenter, a plumber, a tennis champion, a pilot and much more. In the beginning, he was a two-dimensional figure jumping over barrels and climbing ladders to save a princess. Later, he became an icon, the Mickey Mouse of Nintendo, the protagonist of every kind of challenge or adventure. A contemporary Heracles, using dexterity and skills instead of strength to carry out his labours (and save the princess, of course). Mario is one of a few bunches of characters whose story more or less coincides to the full scope of video games’ history as we know it. Since its debut in 1981 to the most recent New Super Mario Bros. U Deluxe, he never betrayed his unique soul and spirit, while his digital body got more details over the years, more pixels, more sprites, and finally a 3D look at the end of the 90s’. The worlds he made us explore jump by jump grew up too. Castles and forests, underwater settings and strange nightmarish creatures increased in size, were reshaped by computers more and more powerful, got new moves and interactions. There’s an incredible array of features that today’s technology can create for a game environment; on the other hand, the history of Mario and his games is the perfect representation that multiple languages and solutions can coexist at the same time, even in the same game. There’s only one Mushroom Kingdom, but that of Super Mario Odyssey, published in 2018, is not the same as that on the original games in the 80s’. However, the hills smile as they always did and silly cubes with a question mark still request a smash of Mario’s head to be activated. Revisiting the architecture of these worlds is like rewinding the history of video games, and how they became the uber-pop of entertainment since they installed a virtual space in living rooms all over the world. Mario not only was the hero protagonist of home consoles’ 2D era but also had a pivotal role in the definition of 3D games, something that is too often erroneously associated with the introduction of Sony’s PlayStation in 1994. Super Mario 64 (1996) wasn’t the first 3D game, neither the first tridimensional platform, but the game which became the template for 3D game design in the next decades.

Developing the first Mario’s 3D game at the end of the '90s was a long process with a lot of study concerning how to keep safe the secret success recipe from the previous games, shaking up some basic rules and common expectations.  The old, dear 2D Mario moved from left to right to achieve his goals, with a structure that was so common in the arcade games’ golden era, while the new, tridimensional Mario had to face the whole new challenge of a world with goals spread all over it. For the first time, the character was not intended to go “forward”. This “new” Mario explores new worlds full of secrets, inhabiting an extended digital universe without any real need to accomplish something. The player could just hang aroung and spend as many hours as he wants in this incredible, unseen environment. With Super Mario 64, its creator, Nintendo’s guru Shigeru Miyamoto, not only assembled a brand new world (or worlds?) with innovative technologies but designed a new kind of experience, the delight of moving through virtual space just because you enjoy it. “We thought that half the people would go straight into the castle, and half would hang out and explore outside”, he synthesized during an interview. “We made the game with that latter half of players in mind”. And so Mario became the first digital flâneur. In further instalments, Mario’s games unleashed the potentials of 3D graphics. Super Mario Galaxy, the game that was developed for Nintendo’s Wii in 2007, was a gorgeous hymn to creativity made of continuous inventions, pushing Mario’s cliches where they had never been before, challenging the limits of physics with the innovative Wiimote controller and delighting the players with marvellous, crazy inventions.

Hundreds thousands of digital worlds have been created taking inspiration from Mario’s adventures on NES and SNES home consoles. In the last few years there has been a huge return to popularity for 2D platforms games, and today they rank among the most sold and appreciated titles: Shovel Knight, Dead Cells, Celeste are only a few recent examples about how indie developers managed to create entertaining and innovative games rethinking from scratch such an old-fashioned genre. But Super Mario’s origins are even older than those of the genre that made him so popular.

Donkey Kong was first video game hit by Nintendo and was designed by a first-timer called Shigeru Miyamoto, the man whose name would be linked forever to that of the hero he created: Super Mario, which in that game was presented as the almost anonymous Mr Video or Jumpman. That 1981 game was set in four bidimensional fixed worlds, built-up with ladders and girders, each one representing 25 meters of structure that the villain Donkey Kong had climbed after kidnapping the princess –exactly that same old story, yes. There was no scrolling: as in a pinball cabinet, the screen enclosed an entire universe.  Super Mario Bros., the first proper Mario game published in 1985 and the first for NES, Nintendo’s debut home console, represented a major leap and set the standard of the side-scrolling platform, a kind of game in which the world is explored left to right, where it’s no possible to proceed in the opposite direction. Infinite digital universes which players have explored in the years owe a big tribute to that seminal game. Super Mario Bros. introduced for the first time the Mushroom Kingdom and featured a multiple worlds structure, each one of them divided into 4 levels: usually the second one was subterranean, the third aerial, the fourth set in a castle. There were hidden areas, passages through worlds, underwater adventures and the infamous Minus World, an infinite stage that’s become the most famous glitch in the history of video games. This structure was utterly refined in subsequent titles: in Super Mario Bros. 3 (1988), you’d find a huge characterization of the worlds’ visual themes, such as the marvellous Giant Land, in which Mario takes the role of a digital Gulliver among the giants. The game also introduced an extra way to navigate through its universe, offering an overworld map that permitted to achieve each kingdom’s goal in different ways. But, while Metroidvania games, an action-adventure sub-genre of 2D platforms, were earning success and followers, Mario remained loyal to its principles, scrolling left to right until the dawn of 3D.

The current lineup of Mario games that you can play on Switch, the latest Nintendo console, is quite representative of the character’s history. Super Mario Odyssey was published in the first year of life of the new hybrid game machine and presents many innovative features, the most evident is the interaction with the hero’s cap, and a 3D environment (although it’s not an open world). But there are also lots of 2D mini-games, and the largest and most impressive is a reboot of the original Donkey Kong.

The newest title is New Super Mario Bros. U Deluxe, a remake from a Wii U game that has been a wonderful epigone of the franchise bidimensional tradition. Nintendo didn’t stop developing 2D Mario games after the revolutionary Super Mario 64 and some of them have been huge sellers. The most striking example is that of New Super Mario Bros., developed for a handheld device (Nintendo DS, 2006) with a lower budget than that of any 3D Mario game; today it is the second most popular game in the saga, if you don’t consider the spin-off Mario Kart titles, with more than 30 million copies. Its successor, New Super Mario Bros. Wii, sold much more than the gorgeous Super Mario Galaxy. Nintendo introduced some NES-era video games in a bundle with its new online subscription for Switch, and the first to be announced was – obviously? – Super Mario Bros. 3, the classic from 1988, which was fastly joined by the original Super Mario Bros.

In 2015, to celebrate the 30th anniversary of the series, Nintendo released Super Mario Maker, a game that lets the player build his own worlds, play them and share them online. A massive number of new courses were generated and uploaded online. That’s a huge concept for a series that has defined over the years the idea of video games itself. It was an old Nintendo idea, and it’s not an urban legend that the company back in 1994 had filed a patent for some hardware that permitted players to pause a game, edit the levels they were playing and save their custom creations. It never hit the shelves, anyway. But twenty years later finally Mario got his most deserved birthday present with Maker, and after decades spent exploring worlds and saving princesses, he made its biggest leap forward. He had been Mario a carpenter, a tennis champion, a pilot; now he was the architect. And so, like Heracles at the end had his apotheosis and ascended to the Olympus, claiming his godhood, the Jumpman finally became Mario the Creator, the deity of his multiple, marvellous, infinite digital worlds.

All the images in the article are from New SuperMario Bros. U Deluxe, avaiable on Nintendo Switch.