“We should stop thinking in opinions and start working in proposals.”

The role of the architect in society, space debris and future organisms. The interview with Daan Roosegaarde is a call to action for all creatives. 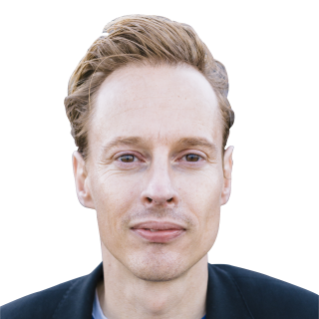 After talking about his latest project, Icoon Afsluitdijk, the conversation with Daan Roosegaarde goes further. The Dutch artist and innovator talks about his approach in the design world and makes a call to action to architects and designers, asking them to be more present in the innovation and sustainability discourse. Among his many projects we recall his Van Gogh light emitting bicycle path, the Smog Free Project which collects pollution and transforms it into jewels, the Smog Free that filters and purifies polluted air. Again, the Smart Highway, Glowing lines that charges during the day and glows at night, and the Sustainable Dance Floor, that collects energy from the dancing steps, producing enough energy to sustain a club.

How did it all start for you?
If you have an idea and a lot of people tell you it’s not possible, you do it anyways. I think it started the moment I realized it wasn’t a lack of technology or money but a lack of curiosity and imagination that stopped people. I thought that we should start making things that triggered that, to improve the world. I could be a part of this, an eye opener…

Schoonheid is your mantra.
That’s a Dutch word with two meanings, creativity and beauty. It stands for clarity, the cleanness of air, energy. We are driven by Schoonheid in the studio. Actually, there are a lot of architects in the studio, my head of design are architects, every time I go to a city I visit buildings. I studied Master Architecture, we love the architectural world, we collaborate with BIG and other studios. It’s a great discipline and they work so hard, you know, it’s a struggle but they still do it. We have a large team in our office, plus we have a pop-up studio in Shanghai. I’m trying to keep it as small as possible, but I’m failing (laughing).

Your studio is also known as the Dream Factory. Studio Roosegaarde is a social design lab that puts together almost everything.
Well, I had a lot of ideas but nobody knew how to do them, so we started doing them. It started nine years ago, maybe ten. You hire different figures, it’s a combination between an art and architectural studio, which I like. It gives us space to experiment and make statements. Sometimes is a commission, like the Afsluitdijk, or sometimes is a self-commission, like the Smog Free Project: we initiated it, we spent our own money, time and energy in it, then Kickstarter helped and now everybody wants it. We get calls every day from around the world, but three years ago people would say no, it’s not possible, it’s not allowed. Architectural challenges are global challenges and it’s weird that the architects or architecture is not really present in these discussions, or not making proposals. It is a lack of curiosity within the current architectural discourse, which is really surprising, because that’s where the energy is, where the finances are, where the room for experiment is. So I hope that the projects we do will activate more engagement.

It’s incredibly weird how we are giving away our hopes, dreams, desires, frustrations and money to the ‘cloud’, to the virtual world, to the robot, Facebook, Wechat or Twitter. Somehow, our physical world is crashing.

Is there a platform for innovators like you to collaborate and work together, or are you all solitary stars?
I think you’re right, there’s not much interaction, which is weird because there’s a collective knowledge that is not being used enough. There are conferences, of course, but as far as I know there is not a secret jet group, or at least I am not part of that (he laughs). Maybe someone should take the initiative: how do we bring ideas to reality? How do we create impact? How do we create experiments for play, for research?

What are the requirements to be admitted in your studio?
Obsessions. Anybody can do Photoshop or Autocad. It’s pretty basic but you need to be curious and want to understand. It’s very simple, when you do your project, like the dike, we, including myself, always start as amateurs, because it’s something new we don’t know. So you have to dive into it… It’s a process and at the end you become an expert. So you have to be willing to feel like an amateur. It is scary but also fun. I think that’s the most important skill. And you should know who Buckminster Fuller is, otherwise you’re out in five minutes. Do you know there are architecture students who do not know who Buckminster Fuller is?! I feel like an old guy... (laughing)

Is the Smog Free Project actually moving something within the cities and political systems?
We started it three years ago in Rotterdam, and because of the media and the CNN and the BBC and Domus and other magazines, China’s government woke up and started to invest and participate. In 2018 we’re launching Poland and have plans for India and Mexico. I’m working on some mini fans that are prototypes for the Smog Free Bicycle which will be finished end of this year. That’s a lot of work to do.

You use light and water in all of your works. Is that a way to reconnect to our origins? Is it true that we have lost this connection?
Yes, and I also think of the relationship to design. For me is not about designing another chair, or another lamp, or another table, but really to make something which makes good connections between the history and the future, between something that is very practical but also very poetic. The goal here was to make places where people could feel somehow connected with themselves, with the landscape… And you can interpret that in many different ways.

Talking about landscape, how do you define it, considering the ever-growing population and the unceasing colonization by man?
It is about finding a new harmony. A lot of the challenges we are facing now, like the air pollution, are in a way a sort of bad design or architectural mistakes. We can do two things. We can blame the governments, we can complaint or wait, put ourselves in a corner and cry, or we can engineer a way out of it. That’s interesting because if you consider Metabolism or Constant’s New Babylon or Yona Friedman, these were all utopian people who were interested in creating this, I think we’ve got a chance to do it now.

You know information is so fragmented and opinion-driven. Do you think we, as common humans, are looking at the right direction? What should we look at?
First of all, we should stop thinking in opinions and start working in proposals. I don’t believe in opinions anymore. Everybody has an opinion, who cares. That’s the first mentality change that could be made. To be an activator, not just an observer. And second, is to find a vision, to find a goal. Isn’t it strange that cities have become machines that are killing us? I’m going to Beijing on Sunday, it’s 17 cigarettes per day that I inhale, that’s crazy! Why have cities become machines that are damaging me? Is it the new luxury or the new lifestyle? To me luxury is clean air, clean energy, clean water. I think that design and the architectural world should show the beauty of this new world, and it should become part of a new standard. So, when you design a city, it’s not just about a type of material, but about clean energy, clean air, otherwise people like me would be just an exclusive niche, and that would be wrong. Did I answer your question? It’s a good question.

We see pollution as today’s biggest issue, but maybe it is not. What is today’s biggest issue?
The lack of curiosity. The lack of imagination. We’re really good in blaming other people and we’re really bad in figuring out what to do then. This makes us very static. It’s incredibly weird how we are giving away our hopes, dreams, desires, frustrations and money to the ‘cloud’, to the virtual world, to the robot, Facebook, Wechat or Twitter. Somehow our physical world is crashing: the air, the energy. We would just say, “the government should take care”. There’s a gap between the virtual and the physical. We’re feeding the robots with our energy. Where are the architects here? And where is the designer in this story? And how can we create situations where the technology is jumping out of the screens to enhance the world around us?

You once said that architecture and design are disciplines of the past, that the future lays in biology and science.
If you look at Glowing Nature in this old bunker, we were there last night, until late. And it’s so magical, because you’re looking at organisms that are 400 million years old, they are the beginning of life, they are our ancestors, in a way. But it’s interesting because they are also the future, by bringing nature back to the city, by making things that glow. They need to grow and maintain themselves but they don’t need cables or wires. Take the wing of a butterfly. It’s always very vivid in colours because it sort-of absorbs and manipulates light at a nano level. So why do we still have pigments or dirty facades? There’s something magical in that. I think part of the new harmony lays in there. What I’m saying it’s not new, I mean Gaudì and others have been talking about it. We live in a new world, we have new technology, so we can make new expressions, that’s what is interesting.

Please, tell us anything you feel that must be told.
I would encourage architects to experiment more on this field. This is where the finances are, where the leadership is, where the necessity is and where the fun is, you know? It’s a new territory, there’s no dogma, no grammar, it is also incredibly exciting, because you have to figure it out yourself.

What’s next for you?
Space. 23,000 particles floating in space right now, being tracked around the size of 10-60 cm, the debris of the Universe, and if it hits an existing satellite… Well, the satellite goes down. No more Facebook, no more Domusweb, no more banking… and we need to figure out if we can use this clean technology, if the creative thinking can be applied to clean-up space. It’s interesting because NASA and ESA have been forging a clean-up space program for many years (Space Debris Elimination — SpaDE program, Ed.) and there are a lot of smart people working on it but nobody still knows how to do it. Nobody knows how to clean it. It’s complicated. So that’s something we’re working on now right now. And we’re doing larger landscape projects in Toronto, London, Beijing… I’m forgetting one, it doesn’t matter. And then we’re all going to get some sleep now that the Afsluitdijk project is done.

Daan Roosegaarde (1979), head of Studio Roosegaarde, is a creative thinker and maker of social designs which explore the relation between people, technology, and space, with a fascination for nature.