Trump and the dream of neo-neoclassical government buildings

The POTUS versus the last fifty years of federal architecture: conservatives no longer want concrete, not even in the state where skyscrapers were invented. 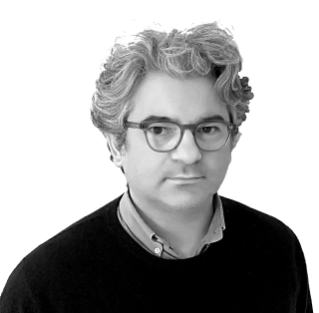 The latest initiative of the Trump administration, wanting to endorse NCAS (National Civic Art Society)’s proposal for “Making Federal Buildings Beautiful Again”, was much debated. In short, they want to update the old government directive of 1962, the “Guiding Principles for Federal Architecture” drafted by Daniel Patrick Moynihan during the Kennedy administration (the greatest inspiration of U.S. liberals). According to this directive, if the federal government wants to create new buildings, it is important to understand that good design isn’t optional, and that the public image of the U.S. government, as well as its econom’y and suitability, derive directly from the architectural design.

But the Trump administration would now like to develop a totally new approach by creating a “President’s Committee for the Re-Beautification of Federal Architecture” from which architects, engineers, art or architecture critics and all parties involved in the building process would be excluded, leaving room only for unspecified ordinary people. Among the supporters of this initiative we find Catesby Leigh, author of the controversial article, “Why America Needs Classical Architecture. The design of federal buildings should be guided by the traditional principles that produced our greatest civic landmarks”. He’s also supported by the conservative New York Times columnist Ross Douthat, whose new book is about to be published.

Trump’s is one of the many backward-looking ideas that characterize the era of sovereignist populism, or maybe populist sovereignty, in which we live today.

Trump’s is one of the many backward-looking ideas that characterize the era of sovereignist populism, or maybe populist sovereignty, in which we live today. In fact, in today’s republican United States, whose motto is “Make America Great Again”, everyone is nostalgic of America’s glorious past, and hopes for its comeback; in President Modi’s India, everyone needs to follow cultural norms established over a thousand years ago, when Muslims weren’t even present on the subcontinent yet; even in Viktor Orbán’s Hungary, the forced Magyarisation of every legislative and cultural aspect of the country is aimed at denying the importance or even the existence of ethnic, religious or linguistic minorities (Jews included).

In short, in many contexts dominated by fervent nationalists, modernity is being rejected because of its liberal and multicultural nature, and is accepted only for its technological implications – strangely enough, even the most reactionary people do not want to give up the comfort of elevators or air conditioning. In some former communist countries such as North Macedonia, which was renamed precisely after a nationalist dispute with Greece, the large-scale buildings that Kenzo Tange rebuilt after the dramatic earthquake of 1963 were covered with a white layer of plasterboard which, for example, transformed the two pillars of the Constitutional Court into clumsy Doric columns, in order to mask the brutalist building underneath and, at the same time, erase the memory of the former Yugoslav regime that had wanted to build it in the first place.

In any case, the enemy of today’s conservative aesthetics and politics is reinforced concrete, the modern material par excellence, loved and largely used by the famous Bolshevik architect Le Corbusier (former collaborator of Vichy) and all his followers from Team Ten. Some of Le Corbusier works, such as the Sainte Marie de la Tourette priory and the Notre Dame du Haut church in Ronchamp, caused reinforced concrete to come to its peak and became the cornerstone of the Comintern. For American conservatives, as well as for Prince Charles of England and many brexiteers, reinforced concrete has therefore become a synonym of royal socialism, especially after the “Toward a Concrete Utopia. Architecture in Yugoslavia, 1948-1980” exhibition of the MoMa in New York, which achieved a great success by unintentionally refreshing this groundless idea – it doesn’t matter that reinforced concrete was invented by the most solid liberal democracies, like England, France and Germany at the end of the 19th century.

Trump’s initiative, certainly dictated by electoral purposes and obviously directed against the cultural elite, is nevertheless of great interest, even though it comes with contradictory implications: it is interesting because it addresses a political movement that is not the traditional Republican party; I am referring in particular to the many movements that are opposed to building new skyscrapers in New York, traditionally left-wing parties that are against the high-tech revolution and critical against the gentrification process that has turned the Big Apple or San Francisco into islands for rich globe trotters rather than into melting pot metropolis. Trump’s administration wants to stipulate that the classical architectural style shall be the preferred and default style.

However, America’s love for the classic style, which came to the US three centuries ago all the way from Europe, and is historically associated with WASPs, especially in the southern states of white supremacy, comes with a great contradiction: is there even something more American than the skyscraper? Invented by Louis Sullivan and the Chicago School, precisely to create an eminently American type of building, the skyscrapers found their roots in New York, and became its emblem before people started linking them to financial capitalism and therefore building them everywhere. The many Trump Towers scattered around the USA bear witness to this, but don’t forget that the very first tower, which was built on 5th Street in 1983 is also known to be the world’s first skyscraper made of concrete instead of steel.

The president may decorate his New York living room on the top floor like a Rococo Versailles apartment, build Californian clubs in Spanish Colonial Revival, deco, or even neo-Palladian style, but the heart of his financial empire still beats inside a group of modern skyscrapers.