Pasolini’s first house is Rome is an open case

While Italy is celebrating the centenary of Pier Paolo Pasolini’s birth, the fate of his first house in Rome is still uncertain. A case that perfectly represents the theme of the suburbs, so close to the poet. 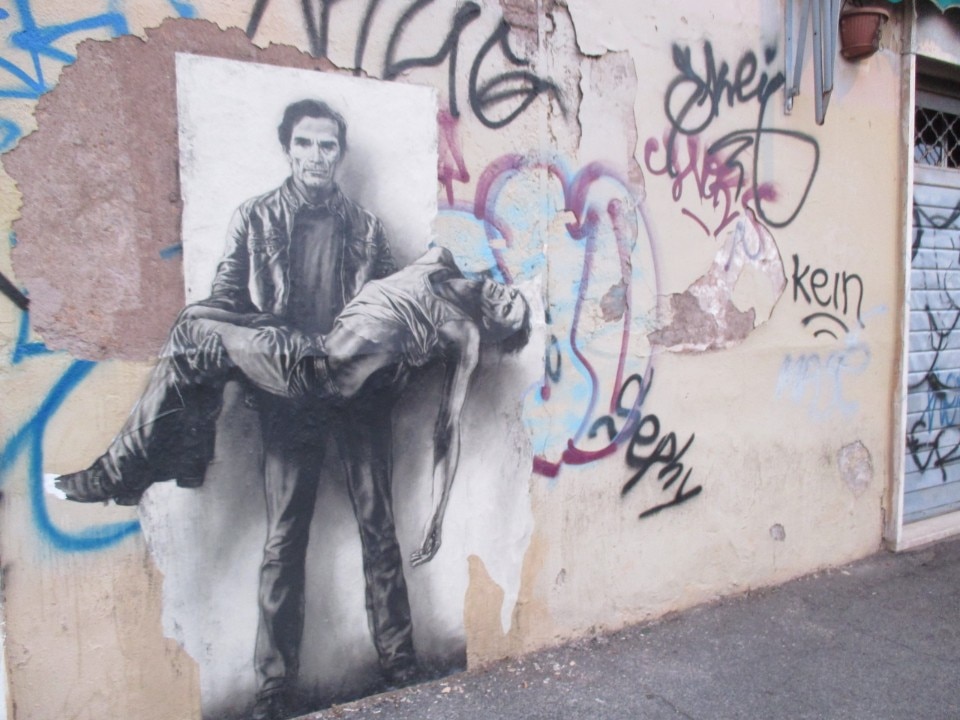 Pier Paolo Pasolini's first home in Rome is on the first floor of a building in via Giovanni Tagliere 3. Iy is the flat in which the poet and director lived from 1951 to 1954, a three-room apartment with a surface area of 73 square meters in constant dialogue with a corner of the Rebibbia prison.

It was during this period that PPP discovered the Roman suburbs, slum-like areas that the poet would often compare to those of the Third World: places of social exclusion and segregation, where the city "you think it ends, but where it begins again". It was here that Pasolini wrote his first novel, Ragazzi di vita, and the collection of poems Le ceneri di Gramsci. This is the universe of Accattone, Una vita violenta and the inspiration for many other masterpieces.

The house in Via Giovanni Tagliere has recently returned to the news as it is in danger of being taken away from the Roman community. "The municipality had announced its intention to open an International House of Poetry in 2013. Unfortunately, as is often the case when it comes to investing in the suburbs, the project did not materialise and the building remained in a state of total abandonment," says Davide Angelilli, a local activist. On 17 December 2021, the property went to auction for the second time, at a base price of €122,850.00. The auction was again unsuccessful (the last one was in October 2021).

Dario Pontuale, author of the book La Roma di Pasolini (Pasolini's Rome), puts the matter into context: "This summer, the Torre di Chia, near Viterbo, the writer's last home, was also sold. Via Giovanni Tagliere is the last bastion of Pasolini's memory. It should not be the seaplane in Ostia that tells us that Pasolini has passed on to Rome." The seaplane port is a reminder of the place where Pasolini was murdered, but the streets of the capital are still encrusted with the Romans' affection for the maestro, with murals, posters and quotations of his works.

5 March 2022 marks the centenary of Pasolini's birth and a series of events, festivals and exhibitions celebrating his legacy will be held throughout Italy. However, these actions are ephemeral and destined to end with the end of the year.

Defending the house in Via Giovanni Tagliere could be the best act of gratitude to the poet: a permanent stronghold not only for the neighbourhood but for all the suburbs of Italy. A place dedicated to critical thinking and transformative memory. The House of Poetry could represent all those territorial, popular and anti-fascist realities that carry out projects of social participation and human regeneration of marginalised neighbourhoods.

The local and national importance of this initiative is illustrated by Davide Angelilli, who represents the Centro Popolare San Basilio committee: "It is fundamental that we re-appropriate Pasolini's intellectual legacy to create a place of culture and poetry in his name, and tell his whole story, not just the more personal aspects. Contextualising it and returning it with this museum to the community, which has been part of it. The occasion of the centenary of the poet's birth in 2022 could be an excellent opportunity to launch such a social and cultural project, and we believe that the participation of us inhabitants active in the working-class neighbourhoods is fundamental."

Cover image:
A double portrait of Pasolini, alive and dying, caught in the act of his last (self) contemplation. The poster, a work by street art pioneer Ernest Pignon-Ernest, was put up on the streets of Rome in 2015. Photo terevinci/flickr
Video:
Excerpt from the documentary "Pasolini l'enragé" by Jean-André Fieschi, 1966. Pasolini talks about his house in via Giovanni Tagliere and his life from 1951 to 1954.

[1]:
"We lived in a house with no roof and no plaster, / a poor man's house, in the extreme outskirts, near a prison. / There was a palm of dust in summer, and swamp in winter. / But it was Italy, naked and tingling Italy, / with its boys, its women, / its 'smells of jasmine and poor soups', / the sunsets over the fields of the Aniene, the piles of rubbish: / and, as for me, my dreams full of poetry".