France. An exhibition celebrates the ephemeral architecture of Olivier Vadrot

The Frac Franche-Comté in Besançon hosts “Minimo”, the first monographic exhibition dedicated to the work of the French architect and artist. 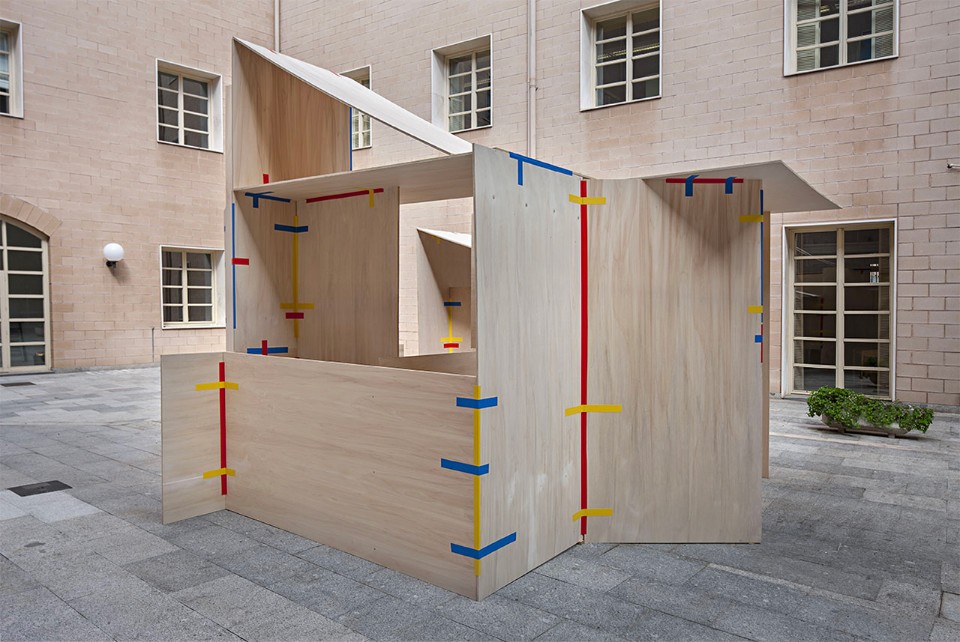 Set in the iconic Cité des Arts, a hybrid architectural complex located in Besançon (France) merging an old brick warehouse and the contemporary lines of a new wing designed by Japanese architect Kengo Kuma in 2013, “Minimo” proposes to discover the work of French architect and artist Olivier Vadrot. On show until September 30th 2018, the exhibition retraces approximately 15 years of his career through a series of maquettes and photos. Reduced to one single and long table positioned in the middle of the large open-space, the display was kept voluntarily simple and highlights the economy of means so evident in the design approach of Vadrot.

“What I like in this setting is that each of his projects is equally important and displayed without hierarchy”, confesses Sylvie Zavatta, the museum director, who commissioned the realisation of the scenography to the architect himself. “I like to think of it as a summary or an abstract of my work”, says Vadrot. The choice of using only miniatures – of both realised and unrealised designs – was a necessity as most of his projects “are installed in cultural centres or designed for public spaces and were therefore impossible to gather physically here at the museum”.

Recreating the participatory approach that characterises his work was one of the most significant challenges of the exhibition. As “interactive sculptures”, as Sylvie Zavatta likes to describe them, the projects of Vadrot are, in fact, conceived as tools encouraging exchanges between people and usually need to be activated by the users themselves; something very hard to convey in an exhibition featuring only models. "That is why I thought of including large scale pictures”, says Vadrot. "Thanks to a surprising optical effect, the silhouettes of the visitors seem to overlap with the ones featured on the photographies hanged on the walls of the museum. A bit like a head hole display stand”, he jokes. Willing to include this playful dimension even further within the show, Vadrot decided to recreate a smaller version of “Faire c’est Dire”, the project that he initially developed on the occasion of the St Etienne Biennale of Architecture in collaboration with French collective Tectonique Architectes in 2017. Like a giant construction game, the structure encourages people to build their own architecture through participatory processes.

“The exhibition is mainly composed of models. In a museum, models are precious artefacts from which visitors must be kept at a safe distance. Yet, for architects, they are astounding communication tools, around which a group of people can gather and discuss, unlike a passive powerpoint presentation where you are just looking at a screen”, affirms Vadrot. “Models are extremely rewarding to develop”, he continues, “and I wanted to share this pleasure with visitors by inviting them to build too”.

Beside being an explicit reference to the miniatures featured in the exhibition, as well as to his project Circo Minimo - a mobile theatre made of wood designed back in 2013 during a residency at the Villa Medici in Rome (Italy) - the exhibition's title "Minimo" also celebrates Vadrot's taste for small-scale designs and the use of humble materials and working processes. An approach that, according to Sylvie Zavatta, can be seen as a “political choice”. “For that matter, I wanted to present his work simultaneously with that of Austrian artist Lois Weinberger, who, like Olivier, questions social hierarchies and togetherness using plants as a medium”, explains the director.

“Most of Olivier’s projects are designed for museums and are characterised by the fact that they are both economical to produce, mobile and ephemeral. For a cultural institution like ours, the first two qualities are essentials as we modify the space often according to the exhibition we present, and this has a cost”, continues Zavatta. “Ephemerality is also an interesting feature, as our storing space is not extensible. But above all, Olivier’s concept aims at delegating the manufacturing process itself”. Characteristics that had already caught the attention of Zavatta in the past, who earlier this year had commissioned Vadrot a wooden structure to be used both as a library and a welcome desk for the museum. Called Studiolo, the small architecture now rests, nested in the main hall of the venue, providing a cosy space for visitors and the museum staff to lose themselves in the pages of the various books on sale.