The London-based inter-disciplinary collective told us about their philosophy, recent projects and everyday work. 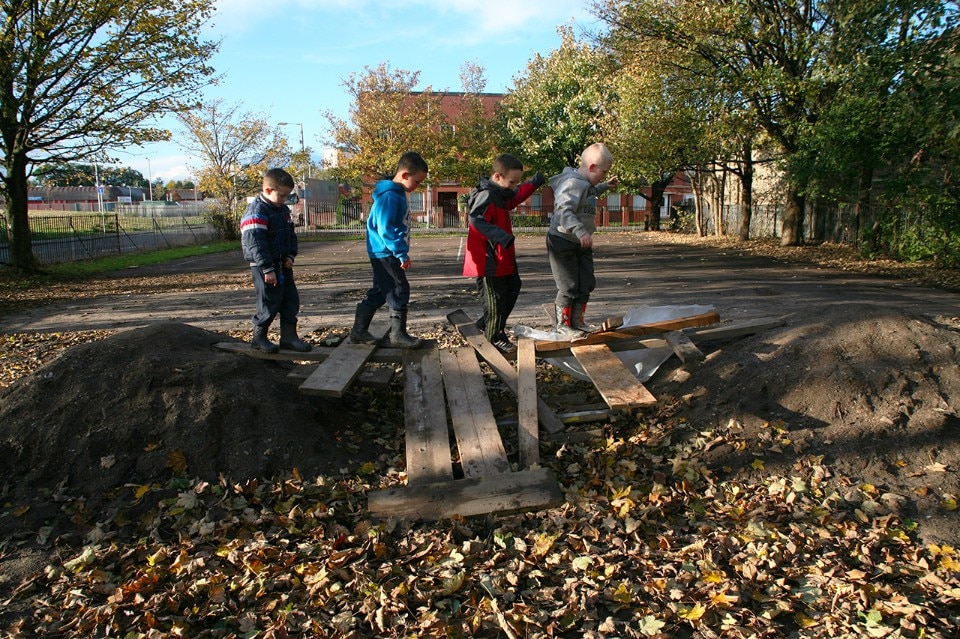 “We are interested collectively in the possibility of using design to make the day-to-day richer, more joyful and more various, to enable the city to accommodate a wider variety of needs and ways of living, to be more malleable and support different needs and meanings”. Amica Dall, architect and designer at Assemble, told us about collective's approach, their projects, ambitions and day-to-day work. We sum up our impressions from our day in Turin with three key words.

Responsibility. The lecture unfolds in an unusual way. It begins with a presentation of a project by studio dRMM, fresh from their RIBA Stirling Prize victory, rather than the practice. The aim is to use this case study to demonstrate the possible role of the architect in contemporary society. Instead of the usual explanation of built projects, Dall’s talk goes into human geography and political economics. Images of different experiences flow by in the background in quick succession, giving a visual impression of the conversation rather than illustrating individual projects.

Assemble present a general reflection on what living in a city means today. They try to articulate in a new way the triad man-tool-society, by which “each of us is defined in our relationship with others and with the environment and by the basic structure of the tools that one uses”(1). Amica Dall quotes David Harvey: “The right to the city is far more than the individual liberty to access urban resources: it is a right to change ourselves by changing the city. It is, moreover, a common rather than an individual right since this transformation inevitably depends upon the exercise of a collective power to reshape the processes of urbanisation.” Assemble work in marginalised contexts, leftovers from city-planning now rated only for profit. They collaborate with not-for-profit and philanthropic foundations, cultural associations, communities and local institutions, to stitch together the rips in the urban fabric.

Interdisciplinarity. Among the eighteen members of the collective there are not just architects and designers but also artisans and graduates in psychology and literature. It is a given that Assemble’s approach cannot be pigeonholed in a specific field. Amica Dell talks about the architect as someone who “doesn’t think just about form but also creates the conditions that enable the project to be realised, works with local communities and encourages them to focus on problems and take decisions, seek funding, develop concepts and business plans. In general the architect is able to provide a wide spectrum of services.”
The project that best describes the transversality of their skills is definitely Granby Four Streets, a plan for urban regeneration in south Liverpool that Assemble have followed though all the stages, from the masterplan to the making of the furniture and decorations for the house interiors.

Here, the group manages a workshop for urban regeneration in which, together with people from the area, they repair houses and public spaces in the neighbourhood, making “bathroom tiles, door handles and fireplaces – new architectural features made in Granby and reflecting the care, value and creativity invested in these homes. With these first designs, the Workshop developed a distinctive model of designer–led manufacturing – operating at a scale that allows for high-quality products to be made, whilst retaining variety in their design, so that every product is different.”

Pragmatism. The most surprising aspect of Assemble is their concreteness and the quality that the studio manages to express in every aspect of the project. This requires considerable and constant effort of the studio and in the design of the architecture. Dall admits that “we have a mixed practice, but we spend a lot of time, still the majority of time, on design”. So no pallets turned into benches or tyres into improvised planters. The architect has to take responsibility for the quality of how the collective vision is made tangible spatially. Assemble have a very pragmatic vision of the collaborative process, that can often degenerate into “The Nightmare of Participation”.

According to Dall: “deliberately inviting a collaboration is also very authorial, but you can’t do that without some kind of idea about how it might happen. You do it with the idea that what you bring might be richer and more vibrant together. Also, collaboration is not a negotiation about what and how to design, it is much more about how to define problems together, and spending time in the context you operate and with the community, it’s about immersing yourself into that precise reality.”

In the end, what surprises us about the studio is their efficiency and the radical democracy within the team, in which tasks and retribution are distributed in a horizontal way. Putting together eighteen heads in this way seems an impossible exercise that succeeds thanks to great self-discipline and a rigorous organisation of roles. The most important thing that the collective leaves us with is a demonstration of work ethic, in total coherence with the principles of urban democracy that they promote. While Harvey says “to change ourselves by changing the city”, we could say that for Assemble the opposite is true, “to change the city by changing ourselves”.

We met Amica Dall at a recent conference organised by the Turin Architecture Foundation, curated by critic Davide Tommasa Ferrando. The interdisciplinary group, consisting of eighteen members who are barely over thirty, is famous for having won the Turner Prize, the UK’s most prestigious contemporary art prize.