Zupagrafika’s latest book “Brutal East” allows wanna-be architects and urbanists of all ages to shape up their own concrete dreams. 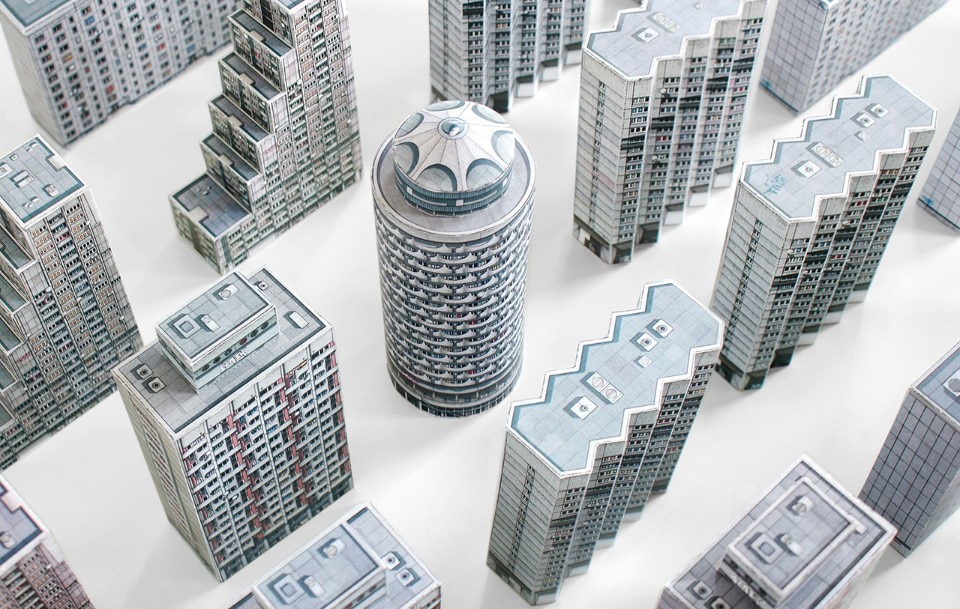 Thanks also to a number of exhibitions and installations that have celebrated the socio-cultural significance of its controversial style, since around 2014 the long berated movement of Brutalism has been enjoying an outstanding moment of renaissance. A revival that the Poland-based independent publisher Zupagrafika – established in 2012 by Hispano-Polish duo David Navarro and Martyna Sobecka – accompanies with its award-winning architectural paper kits and books.

Showcasing some of the most extravagant modernist and brutalist buildings – mainly from the former Eastern Bloc, but also from cities such as London and Paris – each book is both a celebration of the post-war architectural movements and a reflection of the duo’s affinity with the Polish Poster School and their passion for paper folding techniques.

Thought as a kit of seven illustrated paper cut-out models to assemble, Brutal East (2017) features some of the most controversial edifices erected behind the Iron Curtain and in former Yugoslavia. From the 1971 Vilnius Palace of Concerts and Sports, in Lithuania, to the never finished House of Soviets, in Kaliningrad (Russia), and the 22-storey Romanița circular tower, in Chisinau (Moldova, 1986), the book allows wanna-be architects and urbanists of all ages to shape up their own concrete dreams.

“The charm of the former Eastern Bloc architecture is certainly brutal”, one can read on Zupagrafika’s website. Yet, it is through paper – a material both ephemeral and fragile – that the publisher chose to express the concrete brutality of these post-soviet landmarks. An original and playful metaphor to get to understand these structures often awaiting renovation or threatened by demolition.

Read also: A set of paper Matryoshka offers a playful tour inside out the “sleeping districts” of Moscow, plattenbau constructions of East Berlin, Warsaw estates built and the panelak blocks in Prague.
Share