Naturale Sintesi. A night among the plants of a nursery to the beat of synthesizers

In Zona 9, Milan, in the Dergano district, a 3.000 square meters early 20th century nursery was the venue for a night of electronic music and site-specific art installations. 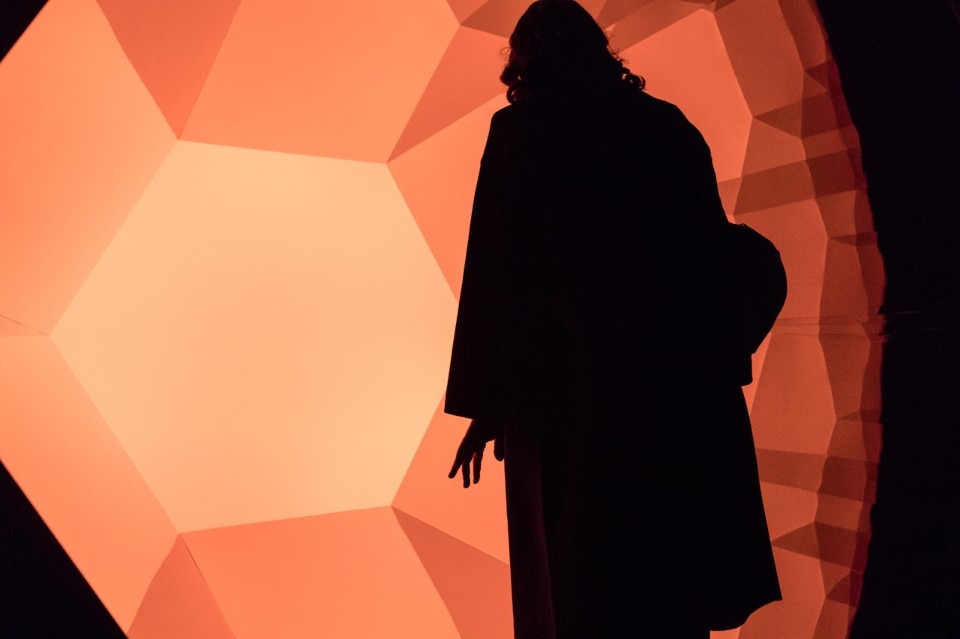 The creative firm EVASTOMPERstudio and the duo Flummoxed invited a line-up of musicians, synthesizers, designers and curators for a night of music and nature. An age-old formula that is always a sure-fire success.

The architecture of the Radaelli nursery is ideal for this type of event, a large plot of ground set amongst the buildings which have sprung up around it, the manor house in the centre, and five greenhouses set out around it.

For the festival, each itinerary was carefully studied down to the smallest detail. The connections in between the spaces became sensory experiences amidst shrubs, plants, flowers and art, and each greenhouse was the setting for the musical performances.
Psychedelic excursions and masterful performances of 1970s synth pieces created a dialogue between the synthesis of chlorophyll and that of music. Conceptual music in perfect FuoriSalone style.

The focus of the evening was the performance of “da ascoltare in silenzio” by the virtuosos Enrico Gabrielli and Sebastiano De Gennaro (19’40”), accompanied by the Esecutori di Metallo su Carta who uncovered Mother Earth’s Plantasia by Mort Garson, an environmentalist album composed in 1976 “helping kids and plants alike to grow”. Moments of experimental ecstasy were provided by Ettore Bianconi of Baustelle (:absent) with the musician and producer Ivan Antonio Rossi (8brr) and the electronic musician Bienoise, founder of the Floating Forest label. Others included Mizookstra and Andrea Faccioli (Cabeki), as well as a DJ set by Palazzo (Egokid e Baustelle). The installations were created by Pietro Russo, who used water vapour to represent natural elements, the photographer Elisabetta Claudio with shots of the Polish countryside, and Andrea Grandi with Michela Croci, respectively architect and scenographer, who examined the relationship between concrete and vegetation.