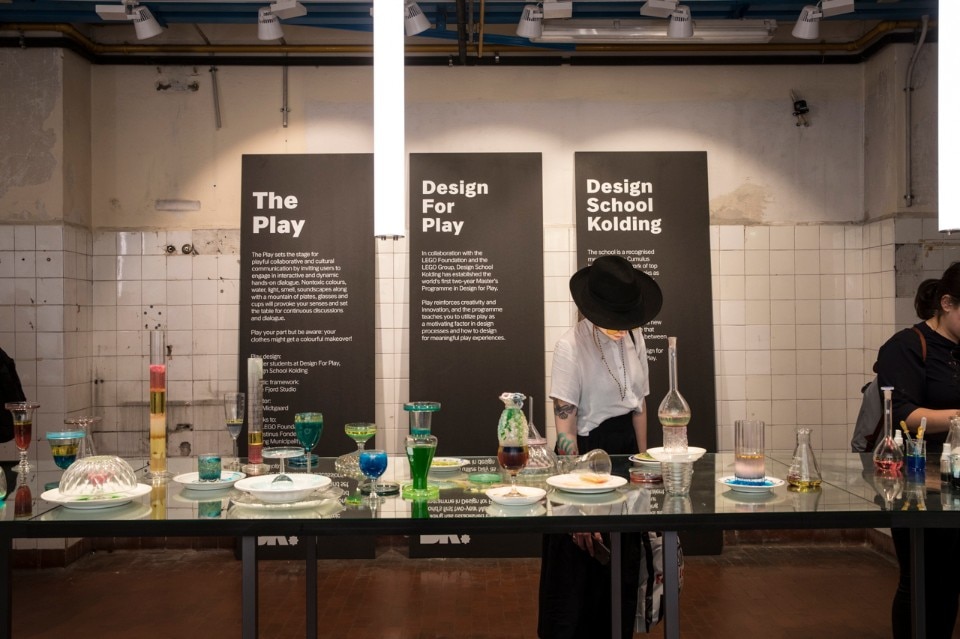 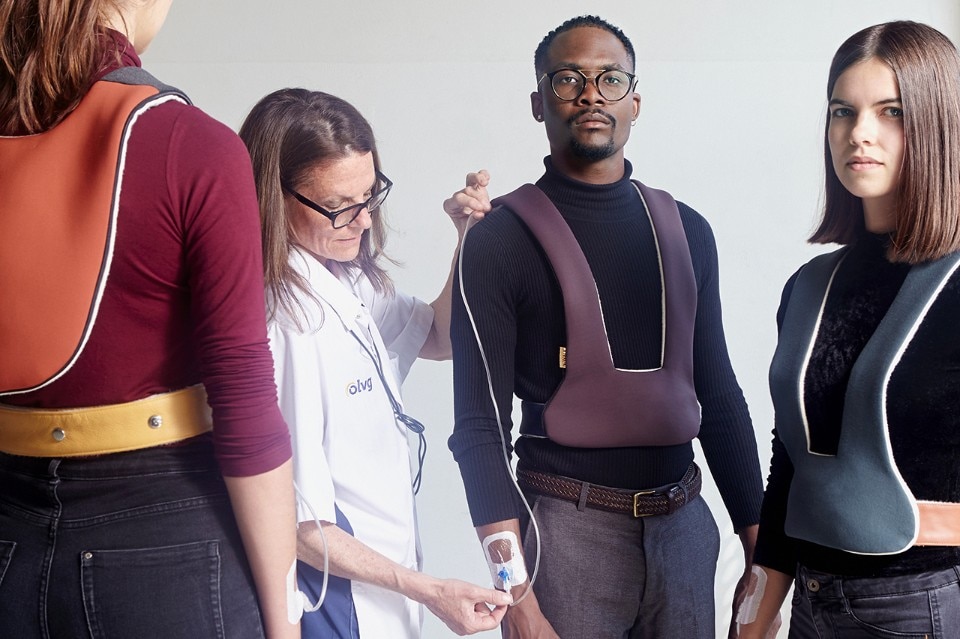 FutureDome is the headquarters, conceived as a cathedral of the future. In the 1940s, this exceptional location, a Liberty-style palazzo, was a meeting point for artists, poets and architects of the futurism movement. Under the artistic direction of Atto Belloli Ardessi, it has now been transformed by the International Institute of Futurist Studies (Isisuf) into a residential space and independent museum with a fluid character. FutureDome promotes the legacy and historic past of futurism, and advocates the movement's revolutionary and innovative spirit.
Philipp Aduatz, a long-time Ventura exhibitor, shows how construction materials and experimental technology can give life to design objects possessing a unique flair, as demonstrated by the Cloud chair and the Gradient Tiles chair. His most impactful piece is a digital chaise longue that is the result of collaboration between him and the Austrian start up incremental3d, which is specialised in the three-dimensional printing of cement.
Ecology-mindedness is another aspect of the future. The Belgian company Trashplast uses cutting-edge recycling technology to transform plastic waste gathered from homes and offices into a raw material ready to be reused – a smart and sustainable way to give plastic a new life.
Although the future is the general direction, tradition features as a linchpin. For lovers of design with a more classic approach, a good name to check out is Mason Editions, a start up by the entrepreneur Fabio Mason from the Veneto region, and the designers Martina Bartoli, Serena Confalonieri and Matteo Fiorini. Together they are making their debut with a collection of household accessories and furnishing objects with a playful yet elegant attitude. High-quality materials and Italian artisanship unite in these timeless pieces, where creativity and functionality are perfectly balanced. The table lamp Lotus, the small table-with-light Alby, and the precious series of hanging lamps Gamma are exemplary.

Editions Milano and Secondome are two initiatives aimed at celebrating the legacy of Italian design. The former is presenting two new collections by Patricia Urquiola; a pair of suspension lamps inspired by the Bauhaus and designed by Federico Peri; table objects handmade in Arabescato marble by Tuscan artisans and designed by Bethan Gray; and a line of mirrors by Federico Pepe. Secondome, a contemporary design gallery, is hosting a show called "Match", where two designer couples illustrate the encounter between forms and materials. The Fusion table and chair by Chiara Pellicano and Edoardo Giammarioli (Millim Studio) are a poetic fusion of marble and impressive cylinders made in Plexiglas. The Atlas table by the duo Andrea Zambelli and Nat Wilms (Hillsideout) is a utopian interpretation of the legend of Atlantis, anything but ordinary.
A more experimental approach to aesthetics is followed by Stine Mikkelsen. This Danish designer's Solid Formations is a collection of sculptural objects made in a composite material of marble and volcanic ash. Inspired by Italian geology and the organic shapes of the landscape, her project connects to our use of resources and the way we alter nature.
Samuel Wilkinson collaborated with Chris Stimson and Bujar Shkodra on the Beem line of LED lamps. The light-hearted Smile and Curl revolutionise the light-bulb concept, combining pure, simple shapes with the most advanced LED technology. More lighting is found in the clean lines of the Orbit series by the Canadian brand And. It is based on the idea of a luminescent globe wrapped by a delicate metal orbit.
Another highlight at FutureDome on Via Paisiello is Supaform Studio from Russia, whose multifunctional approach combines sculpture, painting, design and architecture, resulting in a fascinating whole that leads us through a plastically shaped world of classical silhouettes.
Behind the doors of the magnificent Ventura Loft space lies the exhibition "Ex-Portation" curated by the new generation of Japanese designers from Kobe Design University. Their project Design Soil looks to the creative potential found in Bruno Munari's 1977 book Fanstasia. The Swiss group Instant Collective is using the Milan design week to present a collection of everyday items that reflect a contemporary lifestyle as an open call to international producers. There is a movable stand conceived for street markets, a mini iron for travellers, and portable lamps in wood or plastic that can be recharged using a USB connection. Key words here are space optimisation, nomadism and flexibility.
Ventura Future could not have found a better spot for a design incubator than the Viale Abruzzi 42 location, where design schools and universities are welcomed. The venue is called University, the third and last place belonging to the new circuit. Formerly the Faculty of Pharmacological Sciences, it was built at the start of the 20th century to house laboratories and communicating rooms. Here, "The Play" is being hosted, an exhibition and installation on toy design by the Design School Kolding from Denmark. "Exchanged Forms" is the result of long-distance collaboration between the universities of Kyoto and Singapore, whose young designers took the diverse identities of their two Asian metropolises as a basis for objects of daily use that integrate the bourgeois trend of the moment with a fresh, innovative slant.