The future of cities

Samia Nkrumah: “Behind every social revolution there is an intellectual one”

At domusforum 2018, the founder of the Kwame Nkrumah Pan African Centre discussed the social, cultural and economic development of the united Africa. 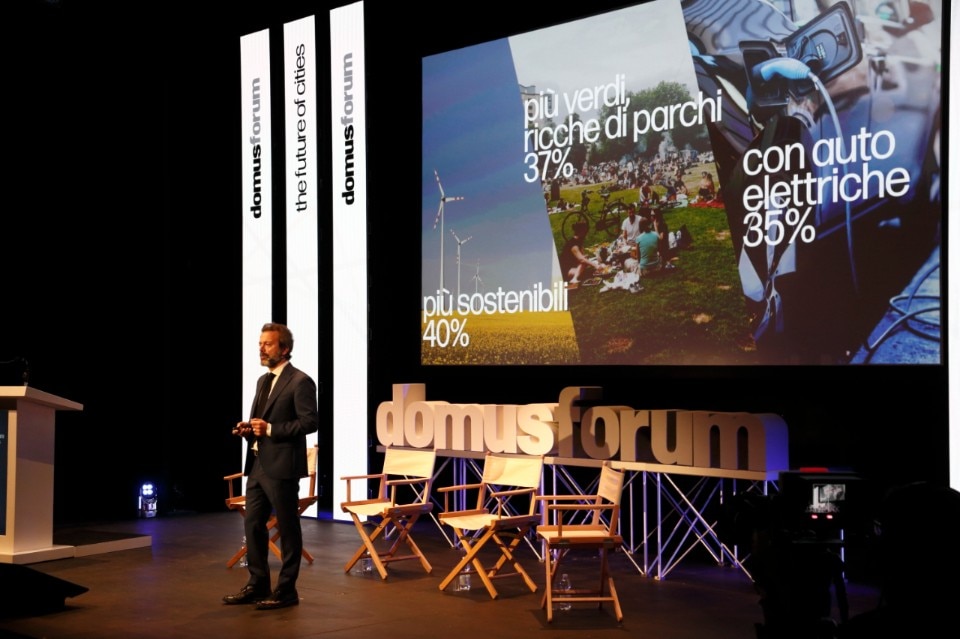 The only daughter of Ghana’s first President Kwame Nkrumah and his Egyptian wife Fathia Halim Rizk, Samia Yaba Nkrumah was born in 1960, the year Ghana declared its status as a Republic.  After the illegal overthrow of the government of Kwame Nkrumah in 1966, she moved with her family to Egypt returning to Ghana in the 70’s and then leaving again in the 80’s. Samia, who is fluent in Arabic, Italian and English and has worked for many years as a journalist and media consultant, was educated in Ghana, Egypt and the UK. She is married and has a son, Kwame.

Returning to Ghana permanently in 2008, Samia signalled her intention to “rekindle the vision of Kwame Nkrumah”. This she did by joining the Convention People’s Party (CPP) and winning a seat in the parliament the same year. In 2011 she made history by becoming the chairperson of the CPP, the only female leader of a political party in Ghana and also the youngest to occupy such a prominent role. Samia is the founder and president of the Kwame Nkrumah Pan African Centre, an organisation, set up to promote Kwame Nkrumah’s vision, philosophy and political culture within the context of a united Africa.

“I’m here for a very special reason: friendship. Friendship between people from different countries, with different backgrounds, with different political orientation, different in everything. I recalled a very special deep friendship between Kwame Nkrumah, who was the leader of indipendence in Ghana and the first democratically elected President of Ghana, and Enrico Mattei, an Italian industrialist, entrepreneur and politician. Between these two men a great friendship developed because the share convictions, dreams and visions for the people of Africa.”

“Behind every social revolution there is an intellectual one. We have imagine, we have to dream, we have to draw, we have to plan before we can realise that harmonious growth and development that we want to see in the world.”

Discover the Domus-Nielsen research: With the growth of global metropolis, in number and in size, ecology and technology applied to the city are increasingly shared values.

domusforum is a new cultural platform launched by Editoriale Domus to look at the impact of architecture, design and technologies on the urban environment. The first event focussing on the future of the city took place at the Franco Parenti Theatre in Milan on 11 October 2018. Among the speakers were Domus Editor in Chief Michele De Lucchi, Egyptian heritage advisor Fathi Saleh, and advocate for a politically and economically united Africa, Samia Nkrumah.