“Everything is Urbanism. From the microscopic to the global scale, and from tangible works to conceptual frameworks, everything both informs, and is informed by, our cities” (Winy Maas, 2019) 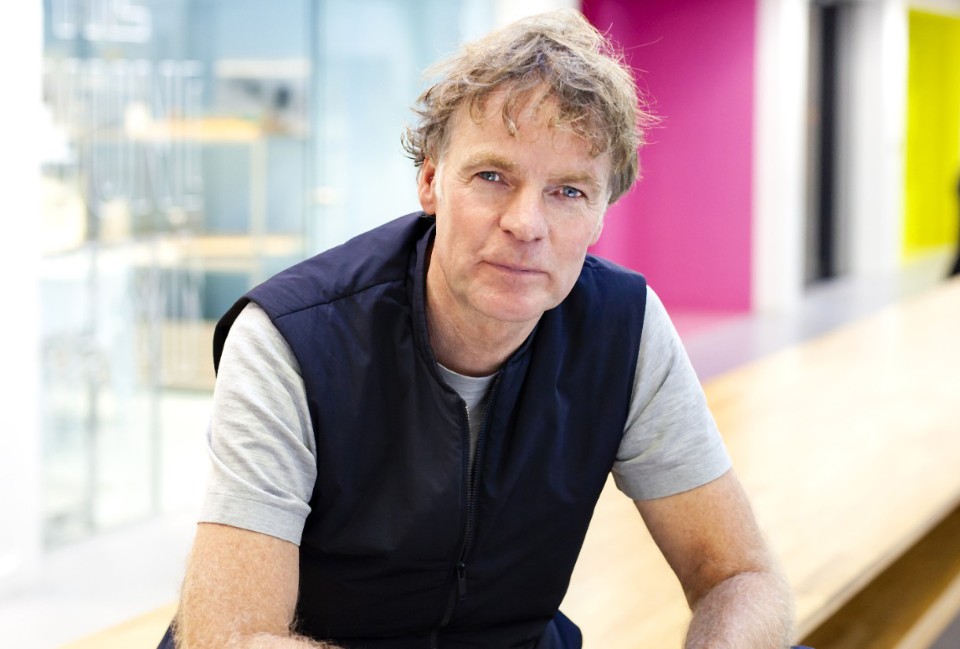 Winy Maas (Schijndel, The Netherlands, 1958) is an architect, urbanist and theoretician of both disciplines, who since the mid-1990s has established himself globally as one of the leading figures of the field of design at all scales. He first studies as a landscape architect at RHSTL Boskoop, and later graduates in Architecture at the Delft University of Technology, in 1990. His complex training path somehow anticipates the interest for a multi-disciplinary approach which would later be a constant along his career.

After working for a few years at the Office of Metropolitan Architecture, alongside Rem Koolhaas, in 1993 Winy Maas associates with former OMA’s colleague Jacob van Rijs and with Nathalie De Vries, who was working at the time with Mecanoo, to create the firm MVRDV (an acronym made of the three partners’ initials). The influences of two of the largest Dutch offices of the time converge in the new partnership, whose trajectory continues in many regards Koolhaas’s path, although undoubtedly with remarkable innovations and elements of originality.

Read also: In 2019 Winy Maas was guest editor of Domus, the second of the cycle 10x10x10, which marks the approach to the magazine's 100th anniversary.

MVRDV makes its breakthrough on the global scene thanks to the WoZoCo housing complex (1994-1997), comprised of 100 units for elderly residents. Some of the fundamental themes that MVRDV will focus on in the following years already emerge here: concerning the built volume, the understanding of architecture as a juxtaposition of solids; in terms of language, an overall eclecticism rejecting all purism, and which doesn’t hesitate, for instance, to make extensive use of non-elementary colors; to conclude, in regards to technology, the will to experiment bold solutions, such as the decidedly daring overhang of some housing units.

WoZoCo is a building that marks his age, and not by chance it gets the cover of Superdutch, the seminal volume published in 2000, where critic Bart Lootsma includes MVRDV as co-protegonists (with Wiel Arets, UN Studio and West 8, among the others) of what he defines as “the second modernity of Dutch architecture”.

Already at the time of their first commissions, Winy Maas and MVRDV’s activity articulates, similarly to OMA’s, between project and theoretical research, considered as an integral part and an essential support to the former. Almost contemporary to Koolhaas’s revolutionary S,M,L,XL (1995), Farmax (realised between 1994 and 1998) and Metacity/Datatown (1999) are massive publications, both for their size and their cultural ambitions.

Through these two researches, Maas clarifies the thematics that he intends to explore, the question of density in the first place, and he explains the strategies that he applies for his investigation. He openly speaks out against any pretended autonomy of architecture, and he rather underlines the importance of numbers, analysis, and data. According to Aaron Betsky, MVRDV’s designs aim at transforming the abstract statistic information into a concrete form”. Over the following years, such publications as Costa Iberica. Upbeat to the leisure city (1998) and KM3. Excursions on capacities (2005) follow and update the communicational strategies set up by Farmax and Metacity/Datatown.

Several projects completed at the turn of the millennium can be interpreted first and foremost as the design outcomes of the theoretical reflections on density. The villa VPRO (1994-1997), for instance, the headquarters of a broadcasting company in Hilversum, always in The Netherlands, rejects the traditional superposition of slabs to turn into a single open space, stretching with no interruptions through the different levels of the building. At Borneo Sporenburg, at the time the most important expansion area of Amsterdam, whose masterplan is designed by West 8, MVRDV realizes two single family houses. In spite of their occupying particularly narrow lots, they are conceived as envelopes, whose internal void host freely laid-out open platforms and enclosed volumes. To conclude, the Dutch pavilion at the Hannover Expo (2000) is a manifesto, an almost didactic representation of the effects of the vertical accumulation of functions, while also an ironical visualization of the artificiality of the country’s territory.

The residential program remains one of the privileged experimentation fields for Winy Maas and MVRDV. The famous Silodam slab (1995-2002), rising from the waters of Amsterdam’s harbor as a full-fledged tetris made of containers, is followed by the Hageneiland Housing in Ypenburg (2000-2003), as well as by the Mirador (2001-2004) and the Celosia building (2009), both in Madrid.

Read also: Domus November issue is the last one directed by Winy Maas. In his overview of this experience, his message is clear: “we can and should look ahead to a better future, but only if everybody takes responsibility for it”.

In 2008 Winy Maas activates a new research platform, co-founding The Why Factory, a research and education institute base at the Delft University of Technology, whose working spaces are also designed by MVRDV. In his words, the workshop “analyses, theorizes and constructs future cities. It proposes and envisions hypothetical societies and cities, from science to fiction and vice-versa”. Maas hence reaffirms the framing of his activity between the poles of research and design, as well as between the conceptual prefiguration of potential cities and the physical transformation of the existing reality. In this respect, it is worth mentioning MVRDV’s participation in the competition for the renovation of Les Halles in Paris (2004), as well as their ongoing work on the urban plans of Bordeaux (since 2010) and of Almere Oosterwold (since 2011).

Such recent projects as the Glass Farm in Schijndel (2013), the Markthal in Rotterdam (2014), the Crystal Houses in Amsterdam (2016), the reconversion of the disused elevated highway of Seoullo 7017 in Seoul (2015-2017) and the Tianjin Binhai Library (2017) confirm Winy Maas and MVRDV’s ability in maintaining an experimental attitude over the years. It combines with a remarkable amount of pragmatism, much needed in order to respond to an increasing number of large scale commissions.

In the design process [of Winy Maas and MVRDV, NdR], the differences and conflicts between all the datascapes is negotiated as far as possible with each party until the point is reached where the design can be realized. It is, however, never smoothed over or reduced to a synthesis in the design. This stark stance gives the building an impudent, pragmatic and slightly anarchistic feeling