“Architecture and sculpture are two rivers, where the same water flows. Let’s think about sculpture as pure plasticity, and architecture as plasticity subordinated to function” (Santiago Calatrava) 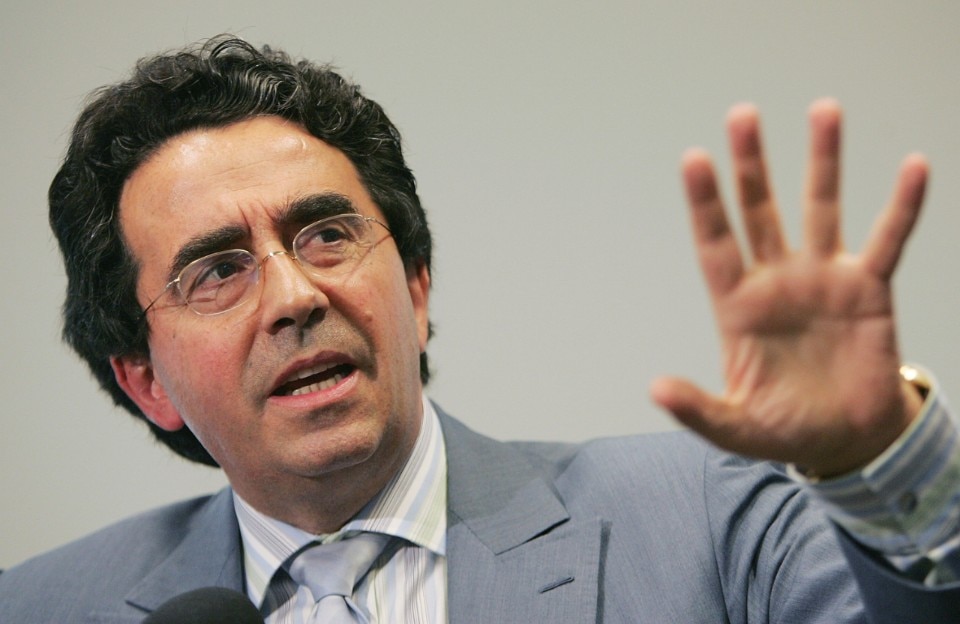 Engineering and sculpture: Santiago Calatrava’s architecture can be framed within these two poles. For the Spanish designer, in fact, each building is at the same time a structural marvel and an enticing shape.

Santiago Calatrava was born in 1951 nearby Valencia. He studies architecture at the local polytechnic school, and later on civil engineering at Zurich’s ETH, where he also receives his PhD in 1981. In the same year, he opens his firm’s first headquarters in the Swiss capital (other offices will follow in Doha and New York). In parallel to his education and his professional activity, he keeps nurturing his passion for visual arts, regularly practicing both as a painter and a sculptor. Thus, the technician’s scientific precision pairs with the artist’s creativity to shape his best works.

Since decades now, Calatrava has been regularly included within the main histories of architecture, where he occupies a distinctive place, on the threshold between different movements and designers’ genealogies. Marco Biraghi, for instance, considers him as one of today’s interpreters of a formalist-structuralist approach peaking in the 1950s and in the 1960s, and counting amongst its leading figures such names as Finnish-American Eero Saarinen, Mexican Félix Candela and Italian engineer Pier Luigi Nervi. Luigi Prestinenza Puglisi briefly describes him as a “neo-organic variation” of the high-tech wave. Already back in the 1980s, Kenneth Frampton mentions his bridges in continuity with Rino Tami’s interventions on the Canton Ticino’s highways. Moreover, several sources agree on his affinities with Antoní Gaudi, the whimsical, atypical protagonist of Barcelona’s neo-gothic.

Read also: Genova, Ponte Morandi. Santiago Calatrava takes part in the debate on the reconstruction of the lost infrastructure.

Starting from the mid-1990s, and at first with Candela, Santiago Calatrava realizes one of his most ambitious projects, the City of Arts and Sciences in Valencia. The Hemisfèric (1996-1998), the Museu de les Ciències Príncipe Felipe (1996-2000), the Palau de les Arts Reina Sofía (1996-2006) and the Humbracle (1997-2000) are just a few of the objects-buildings that form part of the complex. Iconic and memorable, they contribute to turning their author into a world-wide famous star architect, while also transforming the Spanish city into a coveted global tourism destination.

Santiago Calatrava’s projects, in fact, can be above all described as objects, each one showing its own, accomplished shape. The latter stems in the first place from their structure, obviously double-checked on the plan of its performance, but it doesn’t reproduce it automatically, blindly. On the contrary, the architect-sculptor moulds beams and pillars, ribs and nerves, buttresses and overhangs, roofs and canopies also on the basis of a non-technical imagery, deeply inspired by nature. His designs turn into zoomorphic sculptures, each one relying on its specifically articulated skeleton. The reference to the animal world isn’t in contrast with the structural exactness; rather, it makes is more visible, more understandable, and more spectacular.

Read also: For the Museum of Tomorrow in Rio De Janeiro Calatrava took inspiration from the Carioca culture and through its architecture, explores the relationship between the city and the natural environment.
Sign up for our Newsletter and get domus in your inbox

Through the more than forty years of Santiago Calatrava’s career, this approach has consistently proven suitable to certain typologies of construction, mostly mobility infrastructures: bridges as the Bach de Roda Bridge in Barcelona (1984-1987), the Alamillo Bridge in Sevilla (1987-1992) and the fourth bridge on Venice’s Canal Grande (1997-2007); and train stations, such as Zurich’s Stadelhofen (1983-1990), the project who brought him to the attention of architecture’s critics, the Lyon-Satolas TGV Station in Lyon (1989-1994), the Oriente Station in Lisbon (1993-1998) and the high-speed Mediopadana Station in Reggio Emilia (2002-2014).

Besides this privileged themes, Santiago Calatrava’s experience now encompasses all of the commissions that one expects to find on a large contemporary firm’s curriculum: museums, such as the Milwaukee Art Museum (1994-2002), auditoriums, for instance in Santa Cruz de Tenerife (1997-2003), skyscrapers, as Malmö’s famous Turning Torso (1999-2005) and hubs, including the World Trade Center Transportation Hub in New York (2003-2016).

Read also: Santiago Calatrava signed the master plan for the new Florida Polytechnic campus: a project that reflects the important role that the landscape plays in central Florida and creates an iconic structure.

Regardless of the passing of time and of increased competition, his buildings remain nowadays hugely successful for the general audience. This has certainly to do also with their candor, a crucial feature of the “Calatrava style”. His architectures’ bones and shells are (almost) always white, dazzlingly white, which makes them even more available to be interpreted, even by the least knowledgeable of spectator, through the metaphor that he or she will find more suitable.

In the words of Sergio Polano:

Santiago Calatrava aims at expressing the prominence of dynamic values, antithetical to the traditional laws of static. He prefigures an architecture which is as technological, as it is not merely technical; and as figural as it is not barely formal