“If I touch the ground with my own foot and  touch the tree by my hand, I can feel the reality of a place. That is my method , and that is the starting point of a conversation with the place”. (Kengo Kuma, 2018) 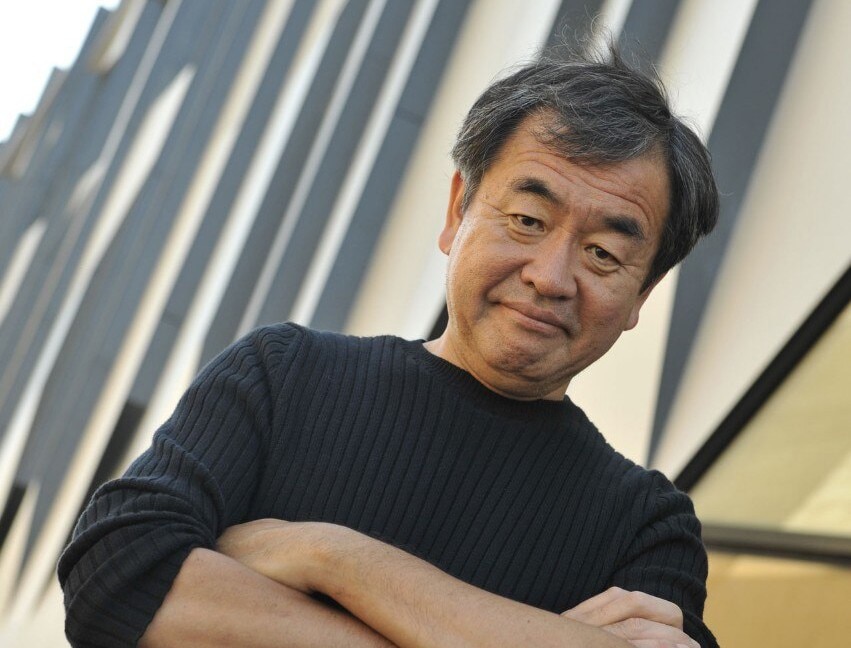 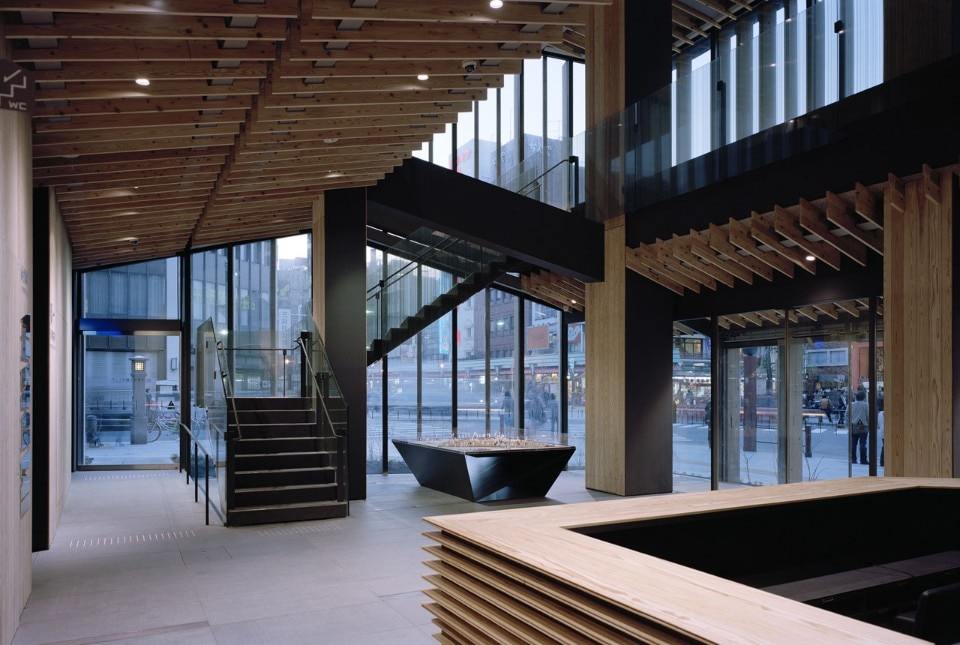 Recognized as one of the masters of contextual architecture, Kengo Kuma is also one of the most important representatives of Japan on contemporary architectural scene, often associated — despite  several differences —  to Tadao Ando, Toyo Ito, Shigeru Ban or Sou Fujimoto.
Born in Kanagawa in 1954, Kuma’s education and practice are deeply rooted in his home country. He studied at the Faculty of Architecture of Tokyo Graduate School of Engineering, where he graduated in 1979. He then opened his first office in Tokyo, named Spatial Design Studio, in 1987: as an evolution of this first experience, Kengo Kuma and Associates would then develop projects all around the world. The teaching activity by Kuma is also based in Japan — as a professor at Keio University — and he joined several visiting experiences in eminent universities such as the Columbia GSAPP in New York City.
While many of Kuma’s first design expressions could be inscribed in mainstream Post-modernism, as it is for M2 at Setagaya-ku (Japan, 1989-91), his work would soon turned towards a more peculiar approach that identified in the following decades till today. The architecture by Kengo  Kuma is generated from a deep sensitivity for places, from using the features of such places, or some specific materials, through an interpretative methodology aiming to create a specific atmosphere and experience for the users or the inhabitants; experience is the core of  the design by Kengo Kuma, made of  light, matter, awareness of tradition, perception and place.

Such awareness has come as the result of a formative process experienced by Kuma during the first years of his practice, when he moved the activities of his office out of Tokyo metropolitan context from 1990, developing projects in countryside and small cities together with local craftsmen, only to come back in the 2000s, transferring the acquired knowledge and practices to larger projects and contexts. A quest for substantiality took shape, for an estrangement from the “concrete method” — as Kuma calls it — in order to approach what he calls “substances”, materials like wood, stone or even steel. Together with some wooden structures such as the Noh stage in the forest (Miyagi, Japan, 1996), a demonstration of this process is the Stone Museum experiment (Nasu, Tochigi ward, Japan, 1996-2000) putting the local stone, its features and origins, at the center of both concept and realization phases.

Through the years, such approach has then touched a vast multiplicity of fields and scales of design. It can be recognized in buildings for bigger brands or corporate clients, from the wood shading the façades  at One Omotesando (Tokyo, 2001) — a material  that is usually forbidden for reasons of  seismic safety — to the interpretation of  precious onyx cladding for LVMH  building in Osaka  (2002-04), through the poetics of  “non-organic” materials such as glass and stainless steel  merging with the space-making power of water in Z58 building in Shanghai (2004-06). It is also expressed in constructions conceived as experiential space units, represented at their best by the tea house — where different materials are experimented, from polycarbonate at Tajimi (Japan, 2005) and Museums für Angewandte Kunst (Frankfurt, 2007) to the modular wooden structures of the  Wisdom Tea House (Tokyo, 2012) — or the studies on basic shelters developed for Milan Triennale (2008).

As a synthesis of a long journey, such principle of contextual experience has been formulated as an integration of architecture and nature, as many realizations along Kuma’s career can witness, from the Kiro-san Observatory (Yoshiumi, Japan, 1991-94) up to Portland Japanese Garden Cultural Village (Oregon, USA, 2017) through the spaces of the house at the Great Wall Commune (Badaling, China, 2003). This approach got Kuma winning several awards through the years (Japan Award – Architectural Institute, 1997; Spirit of Nature Wood Architecture Award, 2002; Detail Prize, 2007 just to mention a few), and many of these recognitions confirmed him a role of promoter of sustainability in its different aspects.
A constant spatial and perceptional mediation with the surrounding environment, be it natural, urban or hybrid, also lays at the base of Kuma’s largest realizations from the last decade, as the Sanlitun Village urban complex (Beijing, 2008-10), the Asakusa Culture and Tourism Center (Tokyo, 2012), or the new V&A Dundee, opened in 2018, defining sculptural masses reaching a landscape scale through a wooden texture contrasting a scenario made of land, water and the city.

My model is the Buddhist priest. The priests often travel to different places, and they speak to the people (…) through those communications with local people, they achieve something with them. I don’t want to stop my trip (…) and I want to continue speaking with people forever.