The last goodbye to Philippe Daverio

Domus’ Editorial Director Walter Mariotti commemorates Philippe Daverio, the art historian who sadly passed away this week in Milan at the age of 70. 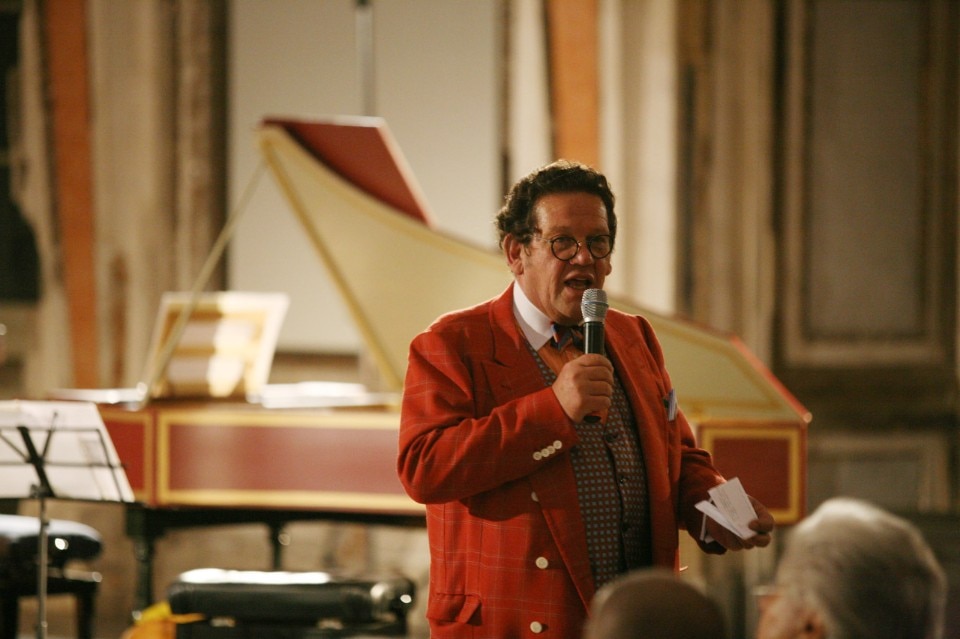 “You must really be a Mariotti, then! You’re not a Mariotti if you don’t know how to properly ride a horse”. So, this is how I made my debut in society with Philippe Daverio, one afternoon many years ago, during a memorable walk that he was hosting. He welcomed me as if I were family, making me flush from the emotion. After that afternoon spent horseback riding and listening to the many details and anecdotes of that extremely original personality, every time I called Daverio he would answer, invite me over and talk to me as Flaubert did with his guests: making them feel on his level, even though it wasn't true. After all, to Daverio, knowing how to ride a horse was as important as rejecting all monochromatic outfits, being multilingual – he spoke many dead and living languages – and knowing how to behave in society. Because for him, just like for Goethe, Loos and Lacan, ethics came after aesthetics. And only by rectifying the latter, was it possible to hope to improve the former and also improve civilized living. Particularly in what for him was still his wonderland – Italy.

He was eccentric, yet immune to the temptation of the apocalypse, universally recognized yet not really integrated with anyone. Daverio had two constants in his life, two polar stars: personal freedom and social art, both understood in a way that Italy was not really used to. Although he had passed all the exams at Bocconi university, he never wanted to graduate. Even though he was neither an antique dealer nor an art dealer, he decided to open a gallery in the mid-seventies, a period in which if you wanted to talk about paintings, you knew you were risking your life. And even though he was not a Lega Nord party supporter, he had accepted to be Milan’s Councillor for Culture with mayor Marco Formentini. Even though he was not a left-wing parties supporter, he ran for the elections with Filippo Penati, and even though he was not a radical, he supported Emma Bonino's Europeanism.

With a Rubens-like appearance and a typically Alsatian complexion, his somatic features and above all his eyes were those of a child who had never grown up and who, behind the wheel of his favorite convertibles, seemed not to give a damn about the world. Among his passions were large houses with long corridors covered in Borges-like libraries, where on particularly gloomy evenings he imagined that the decline of Catholic aesthetics started with Leo XIII, and that the skyscrapers of Milan were a disaster to delete – first of all to prevent the Gods from taking revenge on the inhabitants, and especially architects.

This freedom of thought and action is crucial to understand the success that Philippe Daverio gained with his artistic dissemination. Because Daverio was not – and above all he did not want to be – an art historian ‘tout court’, like Roberto Longhi and his sad epigons. Rather, he acted as a media anthropologist, a more joyful and ironic Marcel Mauss who, above all, stayed in Europe. “You see, I am not interested in knowing if that painting was made by Piero della Francesca, although I can imagine it was. I am interested in understanding how the aristocracy that commissioned it lived, what were these people’s values, what foods they ate, what color were the buttons of their doublets. And especially if they preferred Frederick II’s Murgese horses, or the Andalusian ones”.

A man of learning and popularizer at the same time, tireless traveler and, like Oblomov, permanent tenant of his own sofa, ‘il Daverio de Milan’ was able to communicate with anyone and at the same time to make nonconformist choices. The last and greatest demonstration of a unique intellectual parable is his debut on television: with his program Passepartout, Daverio invented a format – an awful term that he never pronounced – that is still unsurpassed and unparalleled, also because it was centered on himself and his own technical irreproducibility. Passepartout and the itineraries for which Daverio was a perfect tour guide were pure flânerie, intellectual and physical enjoyment to the highest degree. Also, because unlike the itineraries of Walter Benjamin, they were erudite and accessible at the same time, and always focusing on life, rather than on the omens of death.

Suspended between a Phileas Fogg traveling dandy and a Lord Brummell bewildered by the English countryside, Daverio represents a vanished bourgeois figure, never dutiful nor moralistic, who in our wretched time of decadence has no heir. He also left us with countless successful books, which among other merits have that of making orthodox art critics turn up their nose. “You don't have to be complex to talk about complex things. The challenge is to do quite the opposite”. He was right about that, too.

Captured on printed paper as well as on TV by his web of anecdotes, curiosities, and parallels, like a spider Philippe unraveled all kinds of tangles with an interdisciplinary mastery reminiscent of that of Federico Zeri. Daverio had always considered art as a personal passion and a privileged key to get in touch with all those willing to follow his wanderings along Italy until very late in the night.

A lover of good food with a predilection for wild game, and an appreciator of spirits, especially Gin&Tonic, which he considered the symphonic apex of postmodernity, Daverio left a void that will be very difficult to fill. Because he was the last demonstration that only culture and good manners count. And only the irregular, the eccentric, the contrarian can play the role of civil servants. And if they can laugh at their own bow ties, ride a horse and drive white convertibles… that’s just the best.