W. Eugene Smith: “Portraying a city is an endless task”

From a primitive fort made from tree trunks to the city of steel: the industrious Pittsburgh of the unchallenged master of photo essays on view at the Fondazione MAST in Bologna. 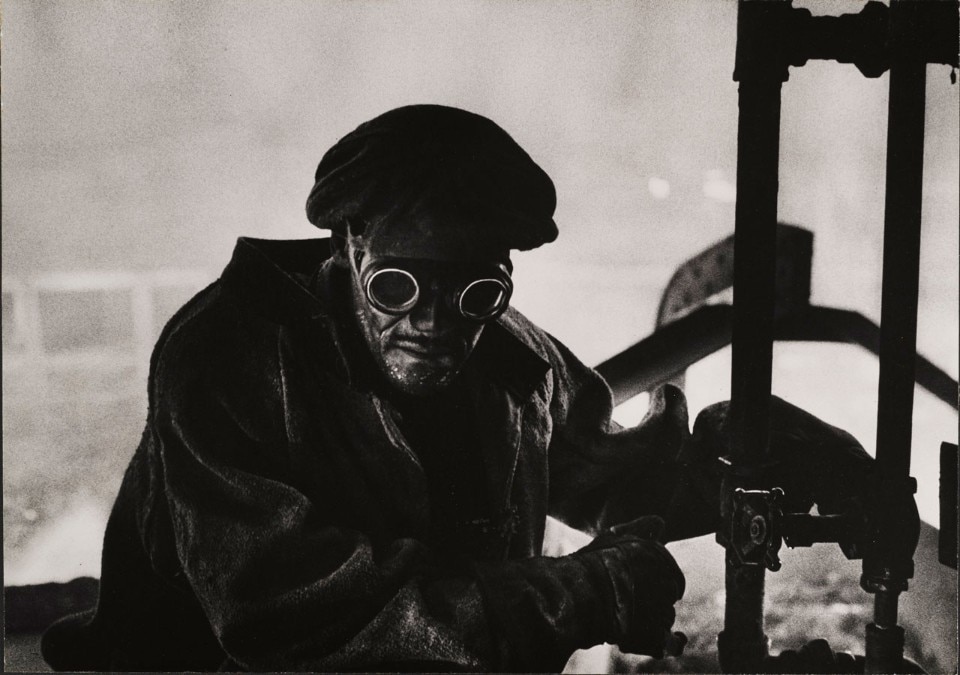 “Located at the spot where the Allegheny and the Monongahela come together to create the Ohio River, Pittsburgh was originally a primitive fort made from tree trunks. This fort was fought over by French, the British Red Coats and American troops from Virginia, and everyone fought the Indians: there were bloody revolts, sentinels who inspected the waterways in search of canoes and described the scenes of death. But in 1800 that wild place had been tamed. Popping up in droves, settlements began pushing westward; the new frontier became Oregon. From primitive village, Pittsburgh suddenly became a city. Barges laden with goods pushed against the tide thanks to rods to facilitate docking, and in 1843, when locks and dykes were built on the first stretch of the Monongahela, elegant wheeled steamers began gliding along the river headed for St. Louis, for New Orleans and for the sea. Then there were canal boats, used up until the 1850s to carry the riches miners made from the land. Coal, iron, minerals, sandstone. The city was booming. And then, in the 1860s, came steel”.

These words were written by W. Eugene Smith, a brilliant photographer, unchallenged master of photo essays, of the idea that through a sequence of images of narrative continuity – and not for a single, isolated yet powerful picture – truth can be revealed in a more accurate way. Smith mastered photography and writing equally. His words, which are never glib, can always shake things up and move readers. He is able, in a paragraph, to create a charged emotional atmosphere – a city in expansion, its historical background, its human and geographic capital, that is, its concluded nature – on what was his most ambitious and tormented project (he described it to Ansel Adams as his final failure): “Pittsburgh” (1955–1957). A project of mammoth proportions – the sense of which is today honoured by the exhibition on view until 16 September at the Fondazione MAST in Bologna – it was born to accompany an account by the historian Stefan Lorant and was supposed to end over the course of a few weeks but instead lasted years, completed entirely by Smith. For it he made around 20,000 negatives and 2,000 prints. He took in the city completely. “A very concrete dream,” he called it. Always heading into the sunset, yet never giving up.

The exhibition at the Fondazione MAST is a suite of raw, harsh scenes. As black as tar.

W. Eugene Smith was born in 1918 in Wichita, Kansas. His adolescence was greatly scarred by his father’s suicide. He studied photography at Notre Dame University, in Indiana, but he soon dropped out and went to New York to become, at first, a freelance journalist for the Black Star agency (with whom he began collaborating on illustrated magazines like Time, Look, Life), and subsequently, beginning in 1944, a war correspondent. From 1946 to 1954 he created for Life the splendid photo reportages Country Doctor (1948), Life Without Germs (1949), Spanish Village (1950), Nurse Midwife (1951) and A Man of Mercy (1954). Accused of excessive perfectionism and disregard for deadlines, in 1954 he split from the magazine and the entire world of illustrated publications. He divorced his wife, left his four children and home along the Hudson River and moved to the former Flower District in Manhattan, on the Avenue of the Americas, in a building where jazz was playing at all hours (4,500 hours of live jazz session recordings were donated, right before his death, in 1978, from his immense archive to the Center for Creative Photography in Tucson, Arizona). In his final project, which he worked on from 1971 to 1975, Smith documented the mercury poisoning in the Minamata Sea, in Japan (the extraordinary photo, titled Pietà, of a mother cradling her paralysed daughter in a basin of oil), drawing the world’s attention to this human tragedy and environmental disaster of epic proportions.

The exhibition at the Fondazione MAST, titled “W. Eugene Smith: Pittsburgh. Ritratto di una città industriale”, is a suite of raw, harsh scenes. As black as tar, the show is composed of 170 vintage photos, all dated 1955–1957, selected by the curator Urs Stahel from among the 600 found at the Carnegie Museum of Art in Pittsburgh. Smith doesn’t use chalk to mark a circle on the ground within which to place a city and turn it into a catalogue image – of vacuous stereotyped definitions as were used back then: “The hearth of the Nation”, “The arsenal of democracy”, “The smoking city” – but instead he draws it close on many sides, creating an intense portrait. We find an array of situations and views and glimpses taken from everyday life: the calm waters of the Monongahela and Ohio Rivers with canal boats, workers in the Heinz factories, children seated along the sidewalk, hairdressers in the Kaufmann department store, the Mellon national bank counters, politicians in a reunion. Train tracks, cableways, military cemeteries. Those were the years when Smith wrote to his mother: “I’m as calm as a sleepy lagoon, even if it, like me, could hide a volcano about to explode”. That’s how his Pittsburgh appears. Peacefully sprawled in long views, alive and kicking. Its slow awakening finds its strength in never being completed. “Portraying a city is an endless task”.