The house of Erwin Broner in Ibiza, a “local” modernist masterpiece

For our Forgotten Architectures series, a project that dates back to the 1960s. It combines Modern concepts with the obsession for local building techniques of the German architect naturalised American, who first came to Ibiza fleeing Nazism. 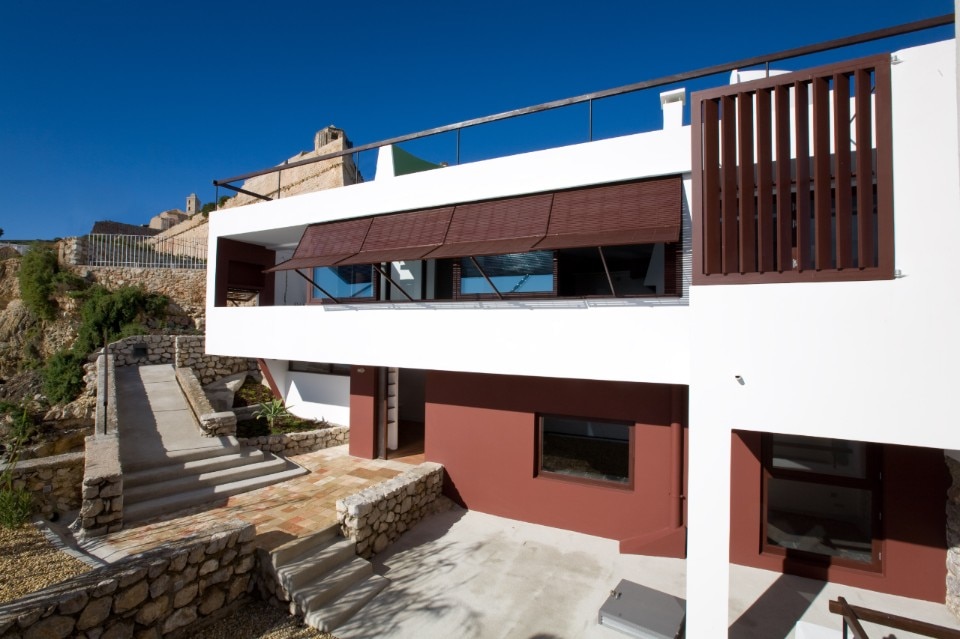 In the 1930s Ibiza became the perfect refuge for many German intellectuals fleeing Nazism. Among them was Erwin Broner, the architect and artist who designed on the island one of the first examples of modern architecture inspired by traditional Ibizan houses.

Born Erwin Heilbronner in Munich on 16 November 1898 to a family of Jewish bankers, Erwin Broner – who would later change his surname after moving to America – grew up in a cultured family with a passion for literature, art and music. After the end of the First World War he studied Fine Arts and then architecture at the Stuttgart Technical College. He acquired carpentry skills, thanks to which he became a skillful designer and builder of furniture. As soon as he graduated, he set up his own architectural practice with his friend Richard v. Waldkich.

Broner’s quiet life changed drastically by the rise of Nazism and Hitler in Germany. His status as a German Jew, affiliated with the Communist Party, forced him to leave his homeland in 1934, together with his friend Manfred Heninger and his family. After a short period in Switzerland, they decided to travel to Majorca and consider settling there. Their plans changed when, while travelling on a small steamer, they stopped off in Ibiza, a place that was still wild at the time.

The island was the perfect place to take refuge and soon a community of intellectuals and artists settled there, including philosopher Walter Benjamin, philologist Walther Spelbrink, writer Albert Camus and photographers Raoul Haussman and Man Ray.

Erwin Broner moved to the USA and returned to the island in 1959, when he founded the “Ibiza 59 group” together with other artists from different schools of thought, but united by the desire to found a new Ibizan artistic avant-garde. Among them were Erwin Bechtold, Hans Laabs, Egon Neubauer, Heinz Trökes, Bob Munford, Bertil Sjoeberg and Katja Meiroswsky.

In the early 1960s Broner decided to buy a plot of land overlooking the rocks of Sa Penya, in Ibiza, where he applied the principles of modern architecture combined with a fascination for primitive, vernacular Ibizan architecture. During his years of exile on the island, Broner had allowed himself to be seduced by the charm of the rural houses, self-built by the island's inhabitants using construction systems handed down from fathers to sons. This architecture, capable like no other of blending into the natural surroundings, became almost an obsession for Broner, who spent his days cycling around the island to photograph traditional houses. The typical Ibizan house, the result of a process of applying hereditary craftsmanship, is a house composed of open spaces with terraces, stone walls and narrow paths. Surrounded by local flora, the house is perfectly integrated into the landscape.

Erwin Broner understood that the principles that generate the space of a primordial Ibizan construction are not entirely different from the concepts the Modern Movement was based on. After years of photographic documentation and study, Broner translated these principles into a house for him and his family whose archaic modernity was inspired by the constructions of the local peasants and his training as an architect in the early 20th century. In the design of the house, which had a direct view of the sea, Broner applied Le Corbusier’s five points, adapting them to vernacular architecture. The house, surmounted by a garden roof, opens out onto the landscape through a series of ribbon windows that allow you to enjoy the view. An entrance patio leads to the living room, where every element was designed by the architect, who engaged local farmers in the construction site, teaching them how to build according to Modern principles. This type of access, carefully designed by Broner, is inspired by the island’s vernacular architecture, in which the access is mediated by an entrance loggia that acts as a membrane between the inside and the outside.

The architect obsessively studied the relationship between domestic space and the surrounding nature, a key principle in the design not only of the space but also of the furnishings. For the living area, Broner designed chairs with backrests at just the right angle for looking at the sea from inside. The sleeping area is separated only by a wall; thus the first floor of the house is a large open space. From this space, stairs lead down to the lower floor, which opens onto the sea through a French window. This is where Broner set up his studio, and every piece of furniture was made by him using his knowledge of carpentry.

After the architect’s death, his wife Gisela decided to donate the house to Ibiza Town Council: perfectly preserved, it still contains all the architect-artist’s objects and works, even his books and records. It is part of the international network Iconic Houses, which for years has been preserving and highlighting the jewels of Modernism in Europe and America.