Can permanent temporariness be documented?

Interview with Saba Innab, architect and artist who, with the photographer Armando Perna, brings a reflection on Palestinian settlements to the Milano Arch Week.. 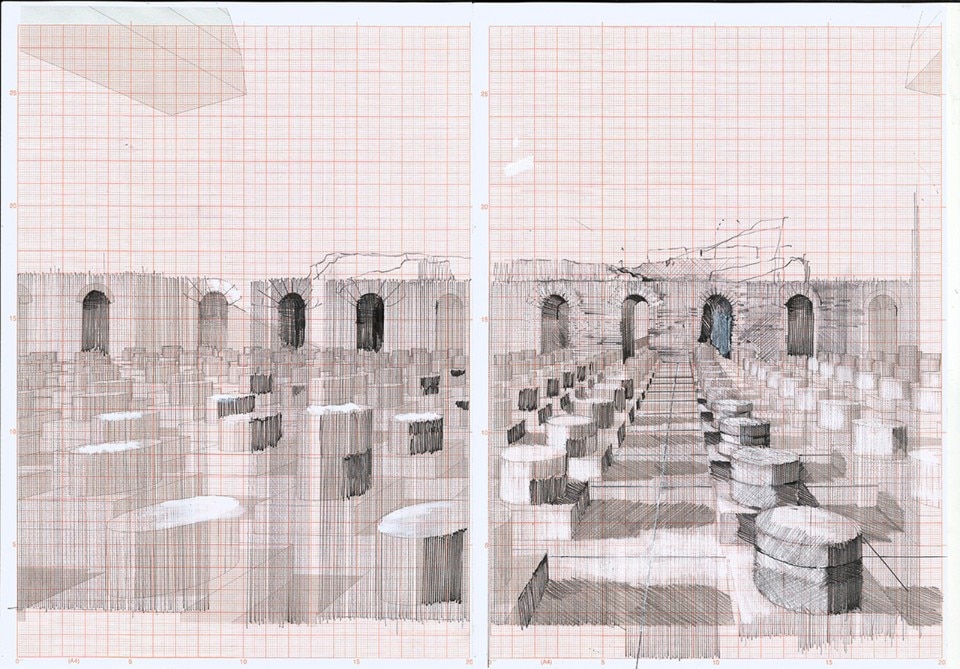 On the occasion of Milan Arch Week 2018, “Relics of Now” creates a dialogue between the research by the Italian photographer Armando Perna and the work of the Palestinian artist and architect Saba Innab. The exhibition curated by Emilia Giorgi and promoted by the Merz Foundation is an interdisciplinary reflection on settlements for Palestinian refugees and their permanently seclusion state. The exhibition starts from two case studies in Lebanon, mingling the languages of photography, architecture and urban planning. In this exclusive report, the Palestinian author speaks to us about her research and her approach.

What does architecture miss that made you to explore different languages and approaches?
I think everything is interlinked. I see research, conceptual architecture or theoretical practice as both extension and feeder to the “traditional” architectural practice. To build on the knowledge that is embedded in each tool of architecture is crucial. Having said that, requisitioning architecture and its tools, its capacity to answer pressing questions is not a new thing, and now more than ever, we should continue this questioning; i.e. what does architecture mean in this increased time of deterritorialization and alienation?

What does "to build" mean to you?
At the beginning, to build was never an abstract action to me. The confrontation with the act of building was very specific to the context and factor of the temporary. How to build while in suspension and what does it mean? With time, it became clear that the question is actually about the act of dwelling that is embedded within the act of building. Deterritorialization and alienation were enhanced by the rationality of modernity and its different forms of architecture. Little by little an unbridgeable gap grew between dwelling and modernity, and poetic dwelling is what is left. Another level of deterritorialization appears when we live in temporariness, in refuge, in exile.

Gradually "to build" became about the relationship of construction and land to time, referencing the Palestinian refuge and exile; a temporariness that gradually transforms – or deforms – into permanence. So somehow, the question of building became connected to this notion. Dismantling the act of building is also crucial here; to understand how this act is embedded within different tools, i.e. mapping, language, drawing as well as design.

You use architecture representation to "highlight and trace certain spaces and create a parallel narrative of the city". Urban research is also your personal tool for belonging. Can you explain us this attitude? Departing from the same concerns and interests I explained previously- which are very contextual to me- I try to tackle each point through sites of knowledge, both personal and professional. When I speak of the permanent temporariness, I am not isolating myself from this dilemma; it’s an implicated gaze if we may say. So somehow, analyzing and investigation becomes a way of seeing. Understanding the political and historical inscriptions in the spatial reality of a context becomes a daily practice. Somehow, seeing, writing, rewriting becomes the way I experience the different sites of investigation.